Do you remember the feeling of returning to your hometown after just a semester of college? The sense of both everything and nothing being different was eerie to me. In No No Boy, John Okada conveys this feeling of detachment from the world and coming back to find everything transformed in subtle ways. The first couple chapters consist of Ichiro wandering around his hometown, feeling neither Japanese nor American, but 100% an outsider to his hometown, family, and country. The narrative style is mostly introspective, as much more is said through Ichiro’s thoughts than his actions. Okada writes Ichiro’s thoughts from a dejected and heartbroken perspective. These emotions are especially prominent when Ichiro visits his former professor.

The professor greets Ichiro saying “You’re Su…Suzu…no…Tsuji…,” immediately indicating to Ichiro that he is not as important to the professor as the professor is to him, and that he homogenizes all of his Japanese students (Okada 51). Following an impersonal and generic conversation where the professor urges him to go back to school because Ichiro hasn’t changed as much as he believes, Ichiro muses that “It was all wrong… It was seeing without meeting, talking without hearing, smiling without feeling” (Okada 52).

This quote articulates Ichiro’s emotions toward all of his interactions in the first couple chapters of No-No Boy; they permeate with feelings of not only loneliness, but also complete emptiness. When the professor greets Ichiro with a list of Japanese names while lying about remembering him, another connection from a former life completely fades away, revealing his insignificance. While it is never stated in the text, depression and alienation radiate from all of his thoughts.

Following the conversation, Ichiro agonizes over whose fault the failed conversation was, saying that he “reduces conversations to the inconsequential because Brown is of that life which [he has] forfeited and, forfeiting it, [has] lost the right to see and hear and become excited over things which are of that wonderful past” (Okada 52). Ichiro’s thoughts reflect a deep guilt and self- deprecation, shattering the model minority myth following World War II. Japanese men did not only feel alienated from American society, but also had real depression and mental health issues due to the trauma inflicted upon them simply due to their race. Okada’s point of view honors this perspective and brings it to life, creating an unflinchingly realistic point of view. 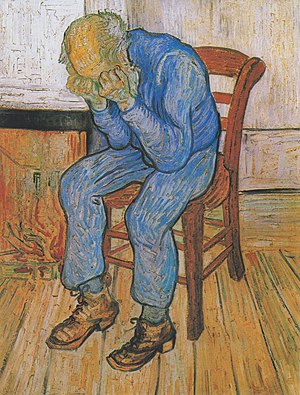 3 thoughts on “Introspection and Alienation in “No-No Boy””