There is something inherently disorienting to travel, regardless of the reason. Even within driving the eight hours from my hometown to school, everything seems to exist in a hazy, liminal space, time marked only by occasional stops at a gas station for snacks. For the narrator of lê thi diem thúy’s novel The Gangster We Are All Looking For, this disorientation is only compounded by the reason for her movement: her status as a refugee from the Vietnam War. 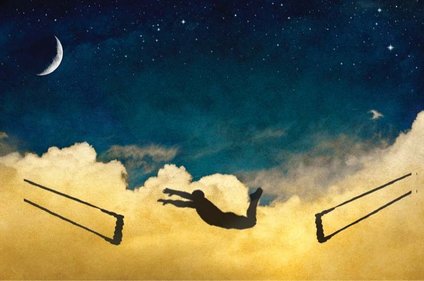 The Gangster We Are All Looking For opens with the description of physical locations. lê writes “Linda Vista, with its rows of yellow houses, is where we eventually washed to shore. Before Linda Vista, we lived in the Green Apartment on Thirtieth and Adams, in Normal Heights. Before the Green Apartment, we lived in the Red Apartment on Forty-ninth and Orange” (lê 3). lê charts the movement between homes, each represented by a color.

By passing rapidly through colors, lê creates a flickering, unstable effect, charting themovement between yellow to green to red and orange. The selection of specifically yellow, green, and red evokes the image of a stoplight, a marker relating to a physical travel on the road. By passing quickly between colors relating to transit, lê connects the imagery of the houses to the idea of movement. The inconstancy of color establishes an inconstancy of location, and the quick shifts between these descriptions creates an immediate effect of disorientation in displacement.

The novel’s initial feel of displacement is exacerbated by the narrator’s description of flying on an airplane, leaving a refugee camp and traveling to America. She describes the flight, stating “Holding onto one another, we moved through clouds, ghost vapors, time zones” (lê 4). lê once again charts movement and transit. This time, she notes the passage not between colors, but through hazier constructs: “clouds, ghost vapors, time zones.” The movement through clouds signals a physical haze and a spatial movement, while moving through ghost vapors suggests a more metaphysical movement. 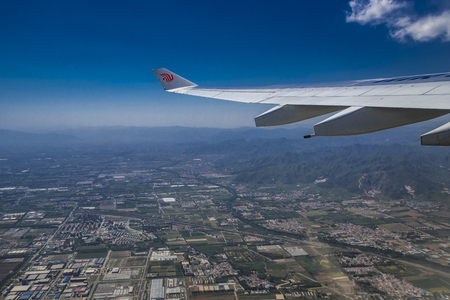 The word “ghost” has a context of an echo or remainder of the past; Merriam-Webster defines it to mean “a disembodied soul” (“ghost”). In moving through “ghost vapors,” the narrator moves through a disembodied past. In addition to moving through physical and metaphysical markers, the narrator also passes through “time zones,” creating a sense of disorientation by dismantling the linear construct of time. lê’s imagery of the airplane associates the narrator’s movement with the passage through space, memory, and time, a disorienting and hazy experience.

lê’s imagery of movement situates the narrator in both a physical and metaphorical liminal space. She exists in a state of physical threshold, shifting between houses and countries. However, she also exists in a state of metaphorical threshold, her senses affected by the feeling of disorientation that comes from these movements. lê’s depiction of movement as disorienting and liminal suggests that the narrator’s experience as a Vietnamese refugee, as a person with transit forced upon her, reflects both this physical inconstancy and the feeling of unreality.

One thought on “Colors and Haze: Liminal Space in The Gangster We Are All Looking For”