Satire is meant to be offensive. However, when the label of ‘satire’ is used to mitigate blame after writing offensive content, it is worth questioning what is being mocked, and why. Calvin Trillin’s poem “Have They Run Out of Provinces Yet?,” published in The New Yorker in 2016, is narrated by a food critic upset by the various Chinese provinces with unique cuisines. After criticism for the poem’s dismissive tone toward Chinese cultures, Trillin defended himself by saying that the poem is satire of foodies, and Chinese cuisine was merely an example. Katy Waldman criticizes this defense in the article “Calvin Trillin’s New Yorker Poem Wasn’t Just Offensive. It Was Bad Satire,” saying “Trillin… doesn’t give us enough reason to think its parodic heart is any more honorable than its bigoted tongue” (Waldman 1).

A major problem with Trillin’s poem is that the target, which is supposedly ‘foodies,’ is unclear. Waldman points out that “the poem doesn’t read like an indictment of casual racism. It reads like a good-natured poke at the snooty aspirations of wannabe hipsters…it hardly seems aware that its attitude toward Chinese people (“they”) is problematic” (Waldman 3). While I agree with Waldman, her analysis makes me question how problematic it is that Trillin chooses the Chinese to use as a scapegoat for his ‘satire’ of foodies. In fact, Trillin personifies the Chinese provinces themselves, assigning blame to them for the effects they have on the ‘foodie’ community. Rather than taking personal responsibility for ignorance over the various regions and cultures of China, the narrator personifies these provinces as malicious. This personification is apparent in the line, “Now, as each brand-new province appears, It brings tension, increasing our fears” (Trillin). The verbs “tension” and fears, according to Waldman, “seemed to stoke xenophobic anxieties” (Waldman 1). These lines say that the country of China itself is conspiring against these ‘foodies’ by endlessly revealing these new provinces. 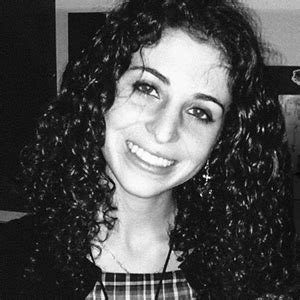 After years of Americans homogenizing not just China, but Asia as a whole, the choice to personify China in this way is ill-advised. While the poem does not seem to be meant to mock the Chinese, is not evident why Trillin chooses Chinese cuisine as a punchline. It is even less certain if Trillin is also satirizing the homogenization of the Chinese, and Asia, by the United States. The most egregious aspect of “Have They Run out of Provinces Yet?” is how incomplete its supposed critiques are and lack of awareness of its subjects.

One thought on “China Personified as the “Other”- What is Being Satirized?”