I was four years old when the twin towers fell. I remember sitting on the couch in my TV room watching my father cry while he watched the newscasters cry. He lost a good friend in the attack. He’d get depressed in the weeks that followed, which made me sad, which made him want to cheer me up, which cheered him up. I didn’t know it, but I was doing my part.

Suheir Hammad doesn’t tell the reader how old she was or where she was in First Writing Since, a poem recounting her thoughts and emotions during the days following the 9/11 attacks. But Hammad does discreetly talk about her ‘part’, which comes to her in the first stanza of the fifth section. This stanza uses the repetition of the phrase “one more person” on its first and third lines to convey a tone of anger and frustration from Hammad, and suggests her role is to contain that anger.

Although it is not written in the text, the “one more person” lines easily complete themselves in the mind of the reader with, ‘and i swear i’ll…’, or a similar declaration. This aura of anger is aided by line 5.2, which replaces “person” with “motherfucker” when the individual in question expresses doubt of Hammad’s family’s integrity.

This contradicts her statement in line 5.4, where she denies that she represents a people. Despite this statement, her actions and work to restrain her anger suggest she understands that, at this moment, she does represent a people. She performs great emotional labor to withstand these accusations, understanding that a harsh reaction on her part would reflect badly on her and anyone who looks anything like her.

She was taking the heat so her brothers didn’t have to. She was doing her part. 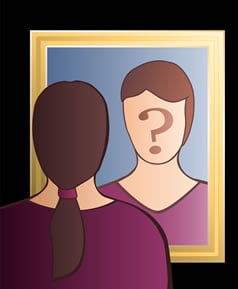 I have a confession to make. I don’t always think of myself as a particularly creative or vibrant writer. In fact, I consider my writing pretty ordinary. By contrast, I’m in awe of the lyrical and seemingly effortless writing of my friends and colleagues. At times, this assessment of my own writing can stop me in my tracks – it makes writing seem almost impossible and it saps all the joy from the act and art of writing. Does this sound at all familiar to you? I’m guessing it does because I think we’ve all been there – either at some point in time or on a fairly regular basis. But, as Maya Angelou explains, we need to try to write…even if it’s “the most boring and awful stuff.” And so here, on our course blog for ENGL 321, you’ll all engage regularly in this practice of writing. This will be an ongoing and collaborative effort to move past the “boring and awful stuff” in order to find your muse, develop your voice, and expand your ideas.

Throughout the semester, you are responsible for uploading 6 posts (300-400 words each). Each post will offer a polished, focused response to a specific prompt, based on one of the assigned primary or secondary texts (prompts will be posted here as well). These short writing assignments will help you develop ideas and arguments for in-class discussions and upcoming course assignments, while also honing your critical thinking and writing skills. For each week that a blog post is due, you will also upload one comment (150-250 words) in response to a peer’s post. Due dates for blog posts and comments are listed in the course syllabus and with each blog prompt.

Refer to the blog post and blog comment assignment sheets (uploaded to Moodle) for details on the assignment requirements and how they will be graded. At its core, your blog post should develop an interesting and original response to the assigned prompt. Analysis of the assigned text should be detailed, specific, nuanced, and creative. Let your voice flow freely, but be sure to cite and analyze specific quotes from the assigned text. Focus on developing clear and fluid sentences, effective and creative transitions, and use at least one image or gif to amplify your ideas.

Writers at the 2018 AWP conference

For tips on crafting an effective blog post, see this list of “10 Crucial Points.” And for some great examples of student blog posts for Dickinson English courses, check out Prof. Kersh’s 2017 course, “Writing in and for Digital Environments.” You might also enjoy checking out her students’ projects and their posts on what makes a great blog.

Remember that this is a space in which we’ll be collectively developing clear, vibrant, and analytical writing. In order to do so, we need to keep in mind that writing is a labor, a practice, and an art! It is also the medium through which we will think carefully and critically about Asian American literature and culture.