I do not remember 9/11. I was two years old when it happened, and I have no memory of the event itself. For me, 9/11 was not an outstanding moment in time, but an event that indirectly shaped my life through the culture of my country. 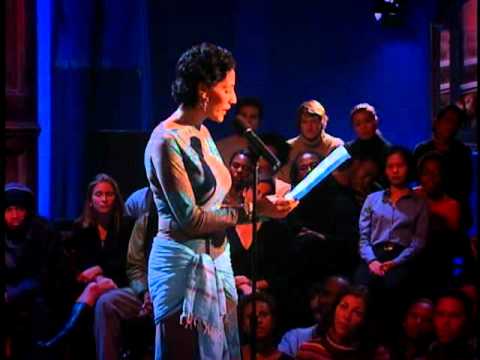 In her poem “First Writing Since,” Suheir Hammad creates a series of contradictions between an expectation and reality, drawing from the real world political and social ironies after the 9/11 attacks. Opening the poem by immediately introducing irony to the text, she arises a contrast between the stated narrative and the situation actuality. Hammad’s poem begins “1. there have been no words. / i have not written one word / no poetry in the ashes south of canal street. / no prose in the refrigerated trucks driving debris and dna. / not one word” (Hammad 1). Hammad’s first statement denies the existence of words, but by the sheer nature of the medium, her poem consists entirely of words. In addition to the denial of a presence of words, Hammad also denies the presence of poetry and prose. By indicating the absence of these forms of writing, she surfaces a contrast between the lack of meaningful writing and the presence of her work, a piece of reflection. This dissonance that comes from denying an easily observable fact creates an irony, and therefore establishes a disconnect between presented statements and the truth of the matter.

The effect of acknowledging a contrast between words and reality surfaces throughout the poem. Hammad references a vilification of the Middle East from the public and political authorities, citing the assumptions people make about her due to her race and family. To disrupt those assumptions, however, she constantly questions their validity and consequences, referencing the victims of bombing strikes and the presence of prejudice in America (Hammad 2-3). Hammad’s suggestion of the disconnect between a stated narrative and the realities behind it.

Near the end of the poem, Hammad writes “there is no poetry in this. there are causes and effects. there are / symbols and ideologies. mad conspiracy here, and information we will / never know” (Hammad 4). Again denying the poetry in the subject she has quite literally written a poem about, Hammad brings up a reminder of the implicit contrast between words and the truth behind them, noting the symbols, ideologies, conspiracy, and information that shape these contradictions.