I think my favorite session at the recent Visual Learning conference at Carleton was the one on presentation and pedagogical modes. Despite its obvious utility, all of us who teach or give talks feel slightly oppressed by PowerPoint. Edward Tufte’s famous critique of PowerPoint as contributing to the Challenger disaster is extreme, but we all suffer, I think, from a twin PowerPoint dread: on the one hand, it seems to drive us to a mechanical, deadening style of speaking (“next slide please; as you can see from the outline . . .”); on the other hand, the desire not to be boring makes us want to use all the bells and whistles PowerPoint provides. The less said about those the better.

But how are we to escape? The folks at Viz conference had some ideas.
Robert Smythe of Temple University introduced a Japanese presentation mode known as Pecha Kucha, which was new to me. It uses PowerPoint as a base, but with the following limiting rules: you are allowed 20 slides, which show for exactly 20 seconds each. These slides do not contain text (though there may be photographs that include some text). You, the speaker, talk for the 6’40” available as the slides roll by. That’s it, very basic: “no nuts, no chocolate sauce, no whipped cream,” as Robert put it.

20 seconds gives the audience time to think, to absorb an image, to contemplate. But the slides move you along, and the speaker can’t ramble. It was invented, apparently, by Japanese architects who found that when people are passionate about a project they tend to go on to long. Robert emphasized that this is not so much for teachers as for students giving research presentations. Robert has his students work without script, without notes: just narrate the show. The crucial beauty of this system is what it does to the speaker. Unlike PowerPoint, which brings out the bureaucrat in all of us, Pecha Kucha allows for an idiosyncratic voice to emerge, and encourages storytelling. Images are rich with implications. Pecha Kucha forces us to interpret them, to fill in the blanks. There are no fades, no transitions, not rotating flying text, just images that drive us to connect them and make sense out of them. The emerging sense is deeply personal, and results in a much more genuine connection between speaker and audience. The example that Robert played for us from his own class, a research assignment about post-war Europe, bore this out nicely. The speaker was almost giddy in communicating her research by explicating the images.

Robert does five per semester, so the students get gradually better at this rather strange type of communication. I have always said that college curricula way under-emphasize public speaking. Here is a way for students to find their own voices at the podium at a much younger age than most of us do. And they best part: it’s fun. People have been known to organize Pecha Kucha nights as entertainment.

Tamara Carley, a PhD candidate in Environmental Sciences at Vanderbilt University, gave a fascinating demonstration of the pedagogical uses of Prezi. After a geology lecture, students are asked to go out and find images to illustrate the main concepts (they can also use professor-supplied charts, etc.), then put it all with their notes into a Prezi canvass that shows the relationships between the concepts and details as the student understands it. It’s a blank canvass. The only requirement is that the composition needs to make sense to the student, and the student needs to be able to explain why it makes sense. 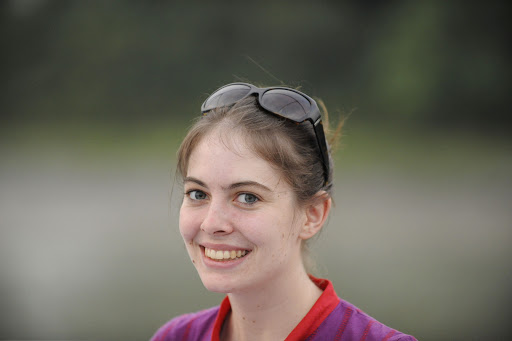 Prezi has a zooming feature that makes it handle differences of scale beautifully. You can zoom back to see the mega level (say, a whole art movement for instance), the macro level (a particular artist), and the micro level (a single work). The student receives new information and works it into their own “mind map” with various levels, and including all sorts of verbal, graphic, and video elements as needed. As it gets more and more elaborate, the composition is evaluated three times per semester, and ends up being in lieu of a final paper. In Tamara’s case this would traditionally be on a single mineral. With this format the final project can be on a broader variety of things, while still having substantial amounts of detail if you drill down.

Here again, the students use presentation technology to create their own meaning and organization out of given facts, not simply repackage what others are saying. Both Pecha Kucha and Prezi used in this fashion pretty much require than the student invest the material with his or her own voice and perspective, a good which seems well worth the trouble of adjusting routines to accommodate these new techniques.

What if you want to just use traditional PowerPoint, but do it well? Doug Foxgrover, Carleton’s Communication and Training Coordinator, gave a diverting history of presentation technology, based partly on Nancy Duarte’s history of visual aides, Slide:ology. He brought along as props a 1920s vintage lantern projector with some very cool glass slides, and an overhead projector. He gave a hilariously bad PowerPoint presentation, which he offers in his classes and asks the students to critique. Ideally, he argued (echoing keynoter Scott McCloud), you want to show and tell at the same time. Foxgrover’s laws of PowerPoint are three in number: 1. Text must be readable–and not much of it, please. 2. Show only what you want others to see. 3. Time your visuals to complement your talk. His laws of graphic design for PowerPoint were also three: 1. Make your objects as simple as possible, but not simpler. 2. Use contrast to draw attention, alignment of text to not draw attention. 3. Choose legible type for the screen.

All in all a fascinating panel. Thanks to all three presenters, and to the sponsors of the conference!