US India Lobby & Effects on other nationalist struggles

Becca Solnit gave a brief overview of her honors history topic: The US-India Lobby. Her work was well-researched and I came out of the lecture having learned a lot. She was able to show how efforts of the miniscule Indian-American community (it was the 1940s after all) put pressure on the government to force the issue. 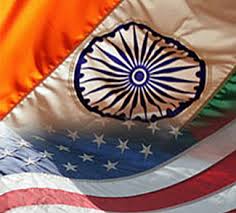 My question to her was: what kind of coordination happened between Indians on either side of the Atlantic? This I think is an important aspect of the lobbying movement, and that she had (it seemed) completely ignored it was a little troubling. Its not a hard argument to make that actions in Britain (or hunger strikes in India) were more important to the independence movement than was any lobbying done in the US. At the very least she should quantify her research by acknowledging this and looking for things done in the US not done elsewhere. I think it is easy to assume the US’s international role which developed in WWII applied to all things of that era, when on the issue of decolonization the US was hardly an earth-shaker, and certainly not in the middle of a war.

Stephen Walt calls ‘ethnic lobbying’ a form of “domestic political penetration” (Walt, 2005, 194) which foreign countries can use in the US, because of the openness of our society. We are one of the few countries where lobbying takes place. Many other countries see this exchange of money as bribery and it is highly illegal there (Statecraft fact: morals shouldn’t stop you from pressing your case in the US though!). A well placed friend in Congress can make all the difference in the world to a small or middling power.

With this in mind, I thought Professor Bilodeau’s question on the semantics of  naming it “The India Lobby” was weak. There is much literature supporting the idea of a national lobby, named after that country, and it was this idea that Solnit invoked.

His worry, that certain sympathetic elements would be left out of the discussion by using that term, seemed unimportant to me. If these elements are not, or cannot be easily categorized as part of “the Lobby” then they are probably of minimal importance, at least in the context of Solnit’s research. I understand the political correctness he was trying to invoke, but I don’t think the actors of the period that Solnit is focusing on do. 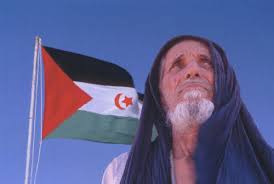 The final aspect I wanted to comment on was the ideas she raised for other nationalist movements. I am writing my Senior Seminar research paper on the POLISARIO Front in Western Sahara. The history of Africa’s last colony (as designated by the UN) is perhaps similar to that of India’s. This of course is debatable. What is not is the lessons Western Sahara could learn from India in regards to influencing debate in the West. Their problem is that Western Sahara “remains a marginal, if not all-but-forgotten, issue in world affairs.” (Stephan & Mundy, 2004, 148) I argue in my paper that POLISARIO should continue its push for this ‘third way’ which is neither armed conflict nor diplomacy, both those routes having reached stalemates. If the government-in-exile in Algeria can raise awareness, and put pressure on France and the US in the Security Council, they may find a more fruitful return to negotiations with Morocco. The use of massive, nonviolent political protests which capture the hearts of the international community, and are arguments that are well grounded in respected international law (uti possedetis, principle of self-determination) are the most effective weapons POLISARIO has in their hands. Money not being uncomfortably abundant in the Western Sahara, only by raising awareness can POLISARIO hope to put the necessary pressure on US politicians.

This entry was posted in Solnit and tagged honors thesis, Solnit, US-India Lobby. Bookmark the permalink.