This is an illustration, titled, “The First Duty,” from Puck Magazine, published in 1900. The image features a female figure representing “Civilization” that points to the background, while standing before a Chinese emperor who sits on a throne. In the background large dragon, labeled “Boxer,” climbs over a wall, as clouds of smoke labeled “Anarchy,” “Murder,” and “Riot” emit from it. The caption reads, “That dragon must be killed before our troubles can be adjusted. If you don’t do it I shall have to,” referring to the Chinese Empire’s complacency as Boxers continued to antagonize foreign citizens in China. This cartoon shows contemporary ideas of how America was viewed as a bastion of civilization, and groups the country with the other European nations that sought to pacify China and secure their interests in the area. This again shows popular sentiment that America must spread civilization, through force when necessary, wherever needed. 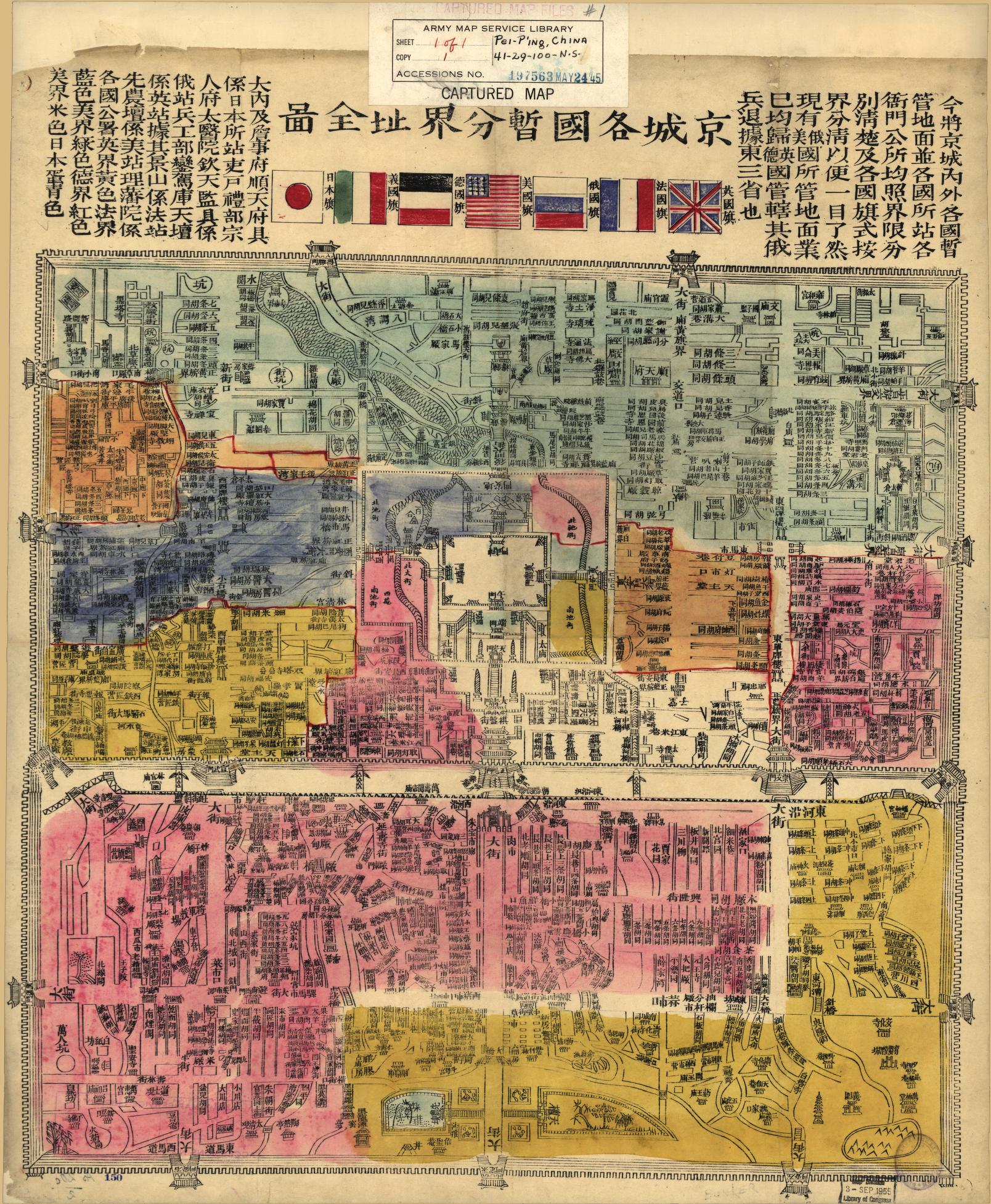 This source is a Chinese map printed in 1900, author unknown, showing the occupation areas of Beijing by color, with the US occupying the northern section. The occupation of Beijing was the result of the Boxer Rebellion that occurred from 1899 to 1901. Various European nations, the US, and Japan,  formed the Eight-Nation Alliance, a military coalition of countries in order to respond to the incident and secure their interests in China. This event was an early and clear example of foreign intervention against a foreign nation, as the US supported other European nations. As President McKinley sent 5,000 American troops to China, without congressional approval, it would also be a historic precedent to how the US would react immediately to foreign nations that threatened US interests.