How does a bedridden cop crack one of the biggest mysteries in English history? Josephine Tey’s The Daughter of Time illuminates what it means to “do” history. When the protagonist Detective Grant becomes intrigued with a portrait of Richard III and the horrendous crime the medieval monarch is supposed to have committed, he sets out to uncover what really happened. 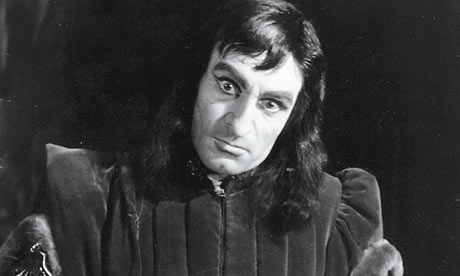 Grant soon finds that modern sources are unable to adequately explain how or why Richard III might’ve murdered his two young nephews. In fact, while they portray a sinister and calculating king they also acknowledge his many admirable qualities and achievements; it is this apparent contradiction that spurs Grant to dig deeper.

The detective is scandalized to find out that Sir Thomas More’s History of King Richard III, a contemporary account and the definitive history of the period, is nothing but a regurgitation of another’s story; More was only a boy during Richard’s reign. Interrogating sources is an important part of a historian’s work. We must seek to contextualize documents and not simply take them at face value. The questions we are currently asking in our archive assignment are a good guide: Who created the document and when? Who is the intended audience? What is the intended purpose of the document? Etc.

Grant is finally able to get his hands on some primary sources with the help of his sidekick-researcher Brent Carradine. Little by little, he pieces together the puzzle of the past. In some cases, what sources don’t say is as important as what they do say: in Henry Tudor’s Bill of Attainder against Richard, the new monarch makes no mention whatsoever of his predecessor’s crime.

Another notable aspect of Grant’s historical journey is that he talks with his companions and colleagues, much like a historian might dialogue with her peers. He shows us the importance of reasoning out loud and bouncing your ideas off of others.

In the end, Grant outlines the evidence he has amassed and builds his case. The driving question guiding the detective’s research: who had the profile and the motives to dispose of the princes? Was it the long-accused Richard III or his successor the usurping Henry VII who killed Edward’s two sons? For Grant, the facts just didn’t stack up against Richard. He is widely-reported as having been a level-headed, just, and merciful king. Henry, on the other hand, was power hungry and crafty. We can almost never know exactly how history happened, but we can make informed theories about the past based on the evidence we have. Using the evidence and his knowledge of human nature, Grant busts the case of how a malicious rumor came to be accepted as truth.

2 thoughts on “And another [case of Tonypandy] bites the dust”