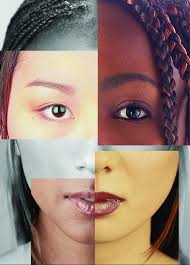 Race is a very puzzling idea for multiple people. Often there is a questioning of why such a concept was created in the first place. Along with who would want to be held responsible for separating humanity rather than bringing us closer together?

The answer of why race was created  and why it’s such an influential word are discussed in the book So You Want to Talk About Race a collection of short essays by writer, speaker, and internet yeller Ijeoma Oluo. The book describes how to have conversations relating to race, and how not to offend people when discussing such a sensitive topic, while giving readers a close look into Oluo’s encounters with issues relating to race throughout her life. The book states “The ultimate goal of racism was the profit and comfort of the white race,specifically, of rich white men. The oppression of people of color was an easy way to get this wealth and power, and racism was a good way to justify it.”(Oluo 32). This statement explains how race was an ideal created specifically for the enhancement of people who were not of color, rather than the lives of everyone.

Oluo’s statement lacks historical background, but the historical information presented in the podcast How Race Was Made by journalist, reporter, and documentary-maker John Biewen proves Olulo’s statement. The podcast describes the actions of a man named Zurara, who was given the task of documenting and writing a bibliography on Prince Henry’s process of  retrieving natives from Sub Saharan Africa in order to enslave them during the year 1444. The podcast describes Zurara’s actions by saying  “he had to basically combine all of the different ethnic groups that Prince Henry was enslaving into one people, and then describing that people as inferior” (Biewen). This statement is an early historical demonstration of people who looked the same being categorized as inferior, while making another group of people look superior.

“Seeing White, Part 2”. How Race Was Made. Scene On Radio. from Scene on Radio, 1 March 2017, http://www.sceneonradio.org/episode-32-how-race-was-made-seeing-white-part-2/

While the image above speaks for itself, I am here to merely stating my opinion in hopes to educate and inform a wider audience. As an American Studies major, I’ve read many texts that revolve around race. However, Ijeoma Oluo’s collection of essays in So You Want to Talk About Race, and John Biewen and Chenjerai Kumanyika’s Scene on Radio: Seeing White podcasts are by far one of the more thought provoking texts that I’ve come across. Both texts discuss a great deal about whiteness and provide different perspectives.

In the John Biewen’s 2017 Turning the Lens episode of the Seeing White podcasts, co-host Chenjerai Kumanyika states that institutionalized whiteness is not exclusive to overt and explicit bigotry, and is evident in mundane situations and “just in the everyday – well here I go – everyday interactions”. Whiteness is not only prevalent in institutional structures, it is also transparent in our interactions with one another and with our surroundings. I thought this statement was revealing because we are quick to notice clear-cut forms of whiteness, but we never really stop to think about how it perpetrates at a micro-level through our daily interactions.

Ijeoma Oluo expresses that in everyday interactions, white people have privilege that people of color do not have, which is evident when she discusses how white individuals are “not regularly followed by store personnel and therefore would be unaware of the impact it would have on [a person of color]” (Oluo 16). There is an inherit privilege if you are white, and that this privilege allows white people to go through out their day. This was compelling specifically because of the word “regularly”. Using the word “regularly” is significant as it indicates that this is an esoteric and repeated experience that POC face.

The excerpt from Oluo is an example of the “everyday interactions” Kumanyika discusses. I thought these two ideas were interesting because they reflect each other in the sense of cause and effect. It is interactions like a POC “regularly being followed” that uphold whiteness in society; white privilege allows these kinds of interactions. Even though it may not be at an institutional level, small exchanges like Oluo’s are what many people of color confront and what many individuals fail to acknowledge.