On Friday, September 24, 2021, five members of the ALLARM team participated in a best management practices (BMP) tour at Wayward Goats Farm. Our team was greeted by farm owner Tim Wagner and Kristen Hoke, a Restoration Specialist at the Chesapeake Bay Foundation (CBF). The farm is currently a part of the CBF’s Buffer Bonus Program which provides farmers with funding to complete projects such as livestock fencing and streambank buffer installation. The overall goals are to improve water quality and farm profitability.

Throughout the tour, the ALLARM team had the opportunity to talk to Tim Wagner about his motivations behind starting his own goat farm and his personal business goals. Farmer Wagner is a military retiree and says he decided to open a farm because he loves producing his own products and engaging with the local community. Farmer Wagner has owned a section of Wayward Farm for five years now and has been experimenting with different ideas. One of his most recent projects includes selling honey from bees he keeps on the farm. In the future, he hopes to sell goat soap and artisan goat cheese with chocolates and strawberries.

The first component of the buffer program is livestock fencing. As we toured the farm, we noticed that the farm is located on top of a hill, making it a prime location for runoff into the two streams that run through the farm. A great method for preventing stream pollution from livestock, in this case goats, is to keep the animals away from the streams through the use of fencing. With support from the CBF, Wagner installed a pen to confine his goats to the top of the hill, away from the two streams. The obvious complication with this is that keeping livestock away from streams removes their primary drinking source. To resolve this issue, Farmer Wagner installed a self-watering mechanism that allowed the goats to push their noses against a wood panel in order to temporarily fill a bucket with water. Wagner found that, in addition to keeping the goats from entering and disturbing the streams, this mechanism conserves water. 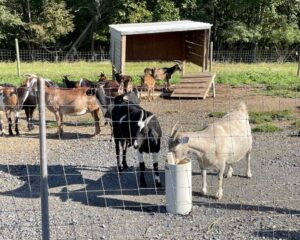 This fall Farmer Wagner will work with CBF to do riparian buffer planting to limit runoff and stabilize the banks. In deciding which species should be grown in the buffer, Farmer Wagner and Restoration Specialist Hoke have examined the farm’s surrounding environment with the goal of planting native species and pollinators. One challenge they have been presented with has been determining ways to work around the underground gas pipeline that runs through the farm. So far, they have planted Sorghum, native vegetation that soaks up runoff water, and plan to plant Black Locust and Honey Locust, which have shallow root systems and therefore will not interfere with the pipeline. They have also planted trees with the goal of attracting honeybees.

During our visit, Wagner made the point that, despite the rise in organic farming, there is, “No way to be organic without grants and subsidies.” This emphasizes one of the major economic challenges small-scale farmers like Wagner face in enforcing the best management practices while also trying to make a living. Fortunately, there are programs, such as the Clean and Green tax incentive program, which provide tax breaks to landowners who commit to using their land (that must be 10+ acres) for farm use. This program, along with the Buffer Bonus program, are not enough to provide every farmer with means to be sustainable, but they are certainly a start. 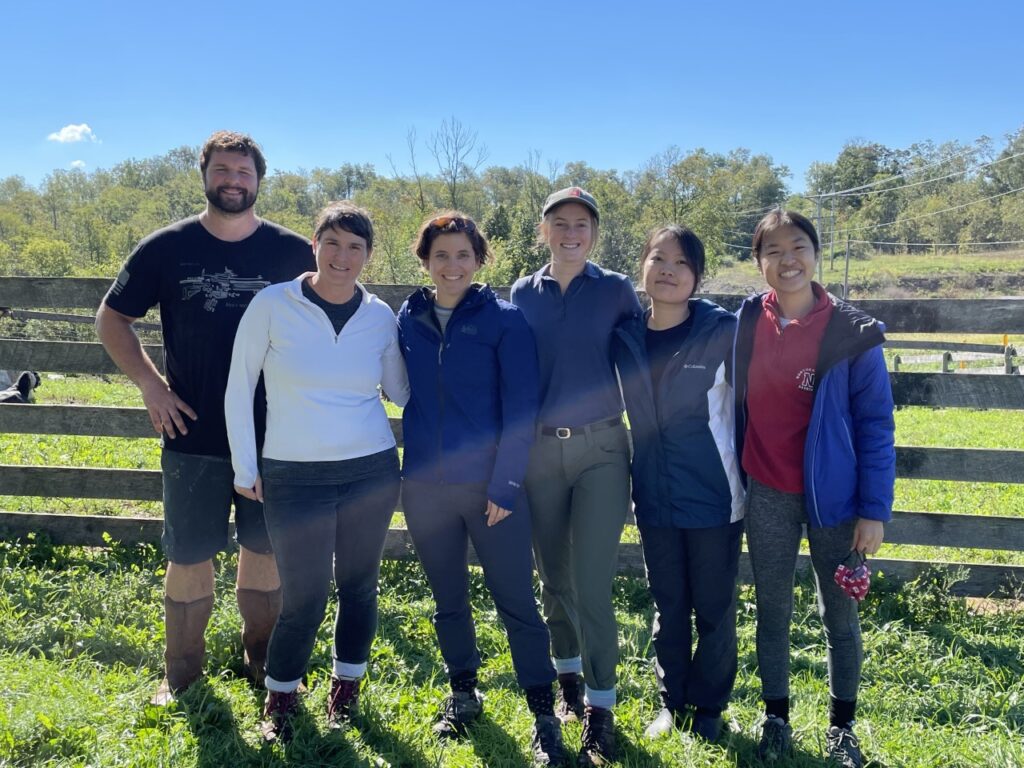