On April 12th, months of research carried out by much of the ALLARM staff culminated at the National Fish and Wildlife Foundation (NFWF) meeting with the Chesapeake Monitoring Cooperative (CMC). The goal of the meeting was to go over the findings of student research involving topics of interest and to highlight recent updates to procedures within monitoring manuals. I had worked specifically on the latter, and spent much of the mid-semester period working on creating visuals for the new macroinvertebrate habitat visual monitoring while Outreach & Communications Specialist Hayat Rasul  worked on the written portion. 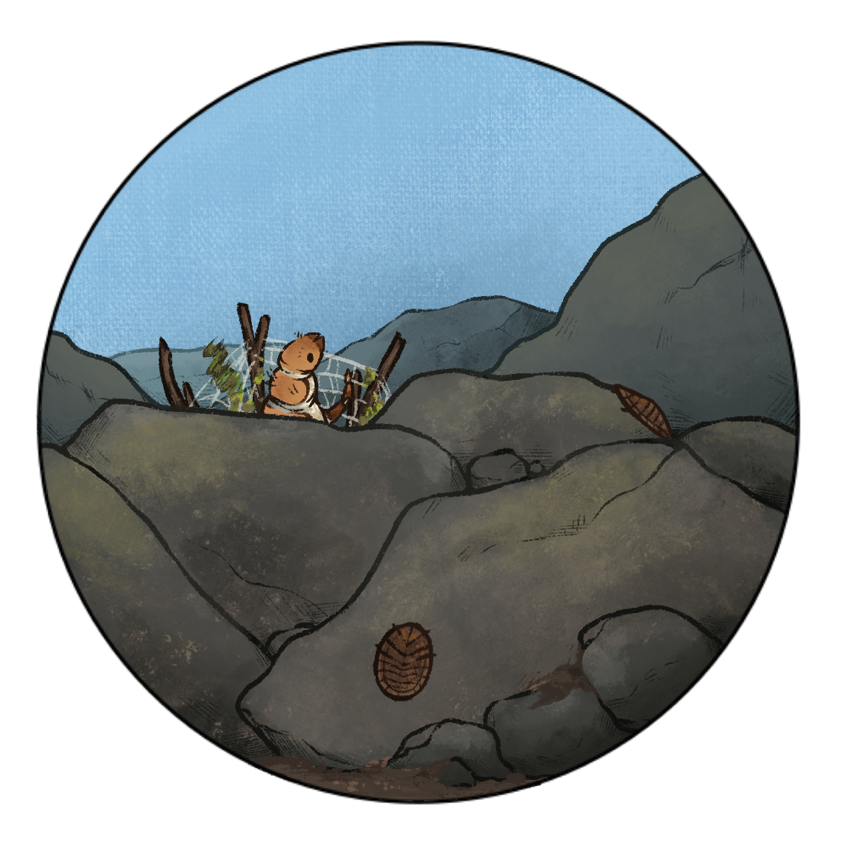 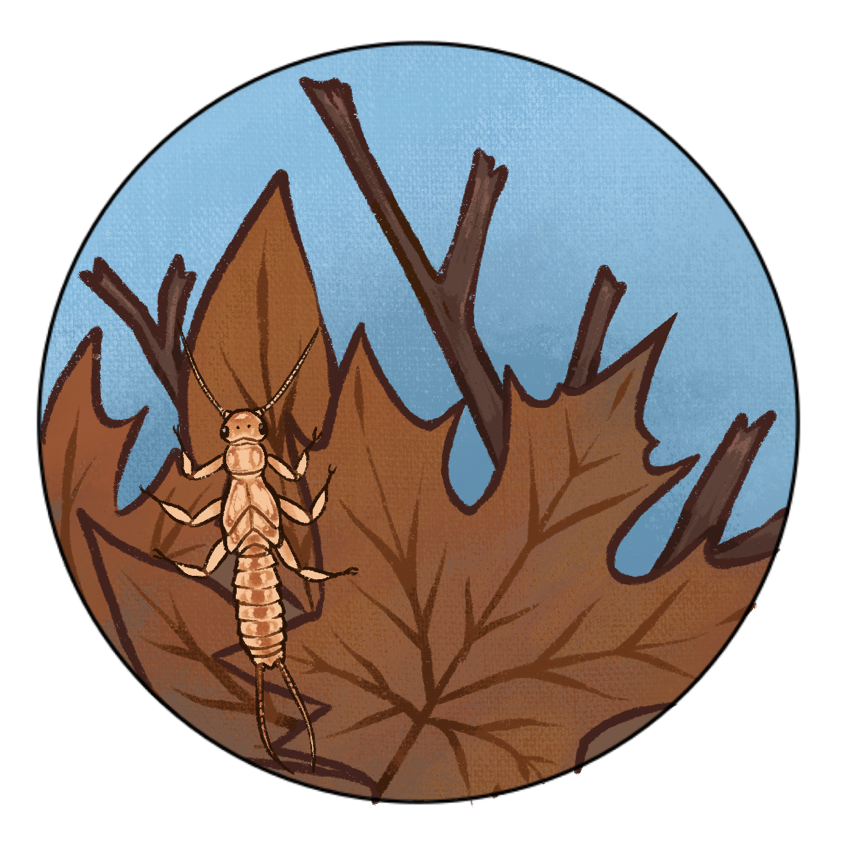 Much like the previously existing fish habitat cross sectional drawing, it was our hope that the macro habitat drawing would act as a quick reference guide to volunteers out in the field, assisting them in identifying bank undercuts or fine woody debris. Part of this process was also researching what macroinvertebrates would benefit from these habitats, which I was excited about (getting up close and personal with macroinvertebrate images never gets old!). I ended up creating two close-up images of a stony substrate, and a leaf pack, giving an example of a macro which could be found there, as well as where in the habitat they could be found. These drawings connected perfectly with the information given by Hayat Rasul about the updated manual and monitoring parameters.

When it comes to the research done by the other seniors, I was amazed at the depth and breadth of information they provided. After a brief introductory period, Olivia Spildooren ‘21 kicked off the meeting discussing Riparian benefits and stream restoration. She looked at long-term riparian projects, buffers of different widths, and buffers with different vegetation compositions. Shante Toledo ‘21 spoke next about invasive plants frequently found within the buffer zones around streams in the Chesapeake Bay. Quite a few of her examples were ornamental plants that had been imported to the U.S. for yards and ended up outcompeting local plants! Hiba Aoid ‘21 then discussed different options that could be embraced for visual assessment (photography) protocol. She made a fantastic chart comparing a few photo post constructions and I’m excited to see what comes from them. Isabel Ruff ‘21 then discussed the use of birds as an indicator for riparian and habitat restoration. I had never considered how certain birds could indicate stream health if their diets consist of low pollution tolerant macroinvertebrates. After Hayat and I presented, Angelo Tarzona ‘21 then finished off the group presentation with his research on sediment runoff, Total Maximum Daily Loads (TMDLs) and assessment techniques. It was interesting hearing about the kinds of tools used to assess sediments and where these sediments could have originated from.

As most of us are looking now at the end of our time with ALLARM as student staff, it was a wonderful opportunity for us all to work on a project together. I am so glad I had the opportunity to contribute to this presentation. 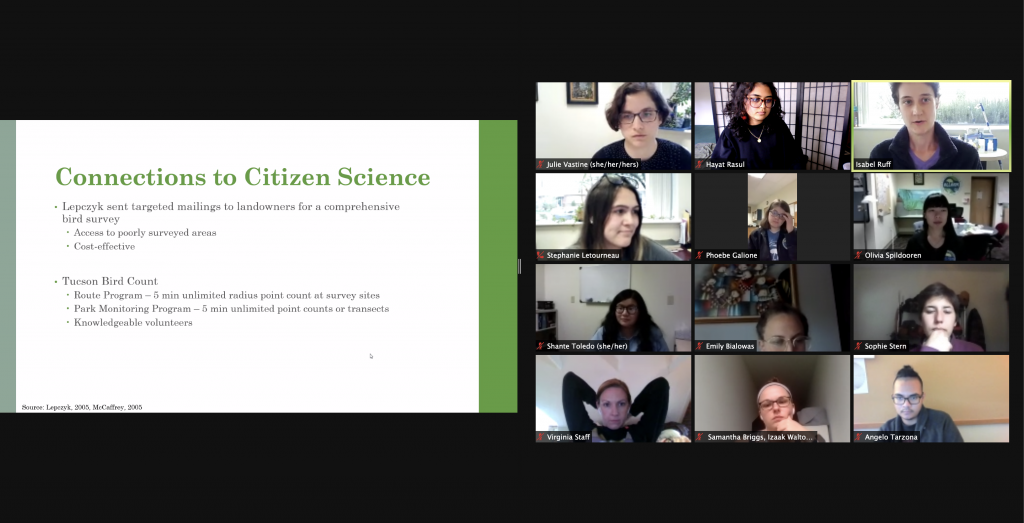