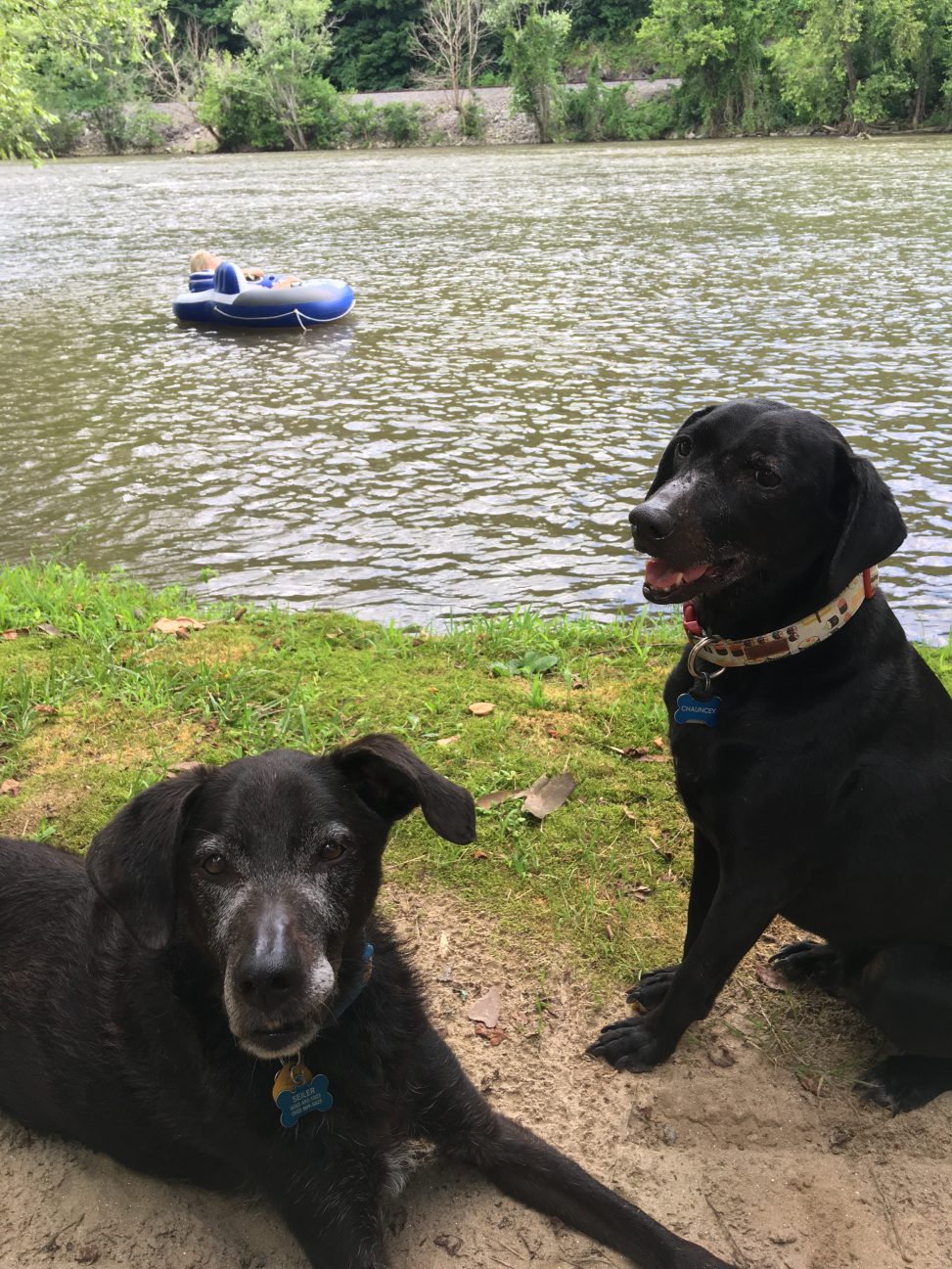 I had the pleasure of interviewing Professor Seiler about his two dogs Colonel and Chauncey about dog-human communication. Since domestication, communication between dogs and their humans has developed in fascinating ways. There are two differing opinions over dog communication and cognition. One theory is that dogs understand humans by recognizing words and the other that dogs understand more from the tone and way that the word is said. For example, if professor Seiler says food, does Colonel understand the word food or does it have more to do with tone in which Professor Seiler said it. A research group in Budapest conducted an experiment using fMRIs to determine what portion of the brain is used when dogs hear words. They discovered that like humans they use both sides of their brain to derive meaning. The right side possessed emotional cues while the left side would light up even if words were said in a neutral tone (Reynolds, 2018). This study shows how good at listening dogs really are. They are able to pick up subtle tone change when giving a command and know what could be happening next.

Dogs have also been shown to be incredible at communicating with eye contact. This ability comes from the years of domestication and co-evolution with humans. In this sense dogs have actually altered their physiology based on humans. When dogs and humans make eye contact the chemical oxytocin is released in both the human and the dog brain, the same chemical associated with bonding with infants (Marshall-Pescini, 2019). This connectivity plays into the dog’s acute ability to communicate simply through eyesight. For example, in the kitchen Colonel and Chauncey will stare at professor Seiler whenever he comes close to the treat jar or around food. Simply by staring they try and invoke an emotional response in professor Seiler to get a treat.

Eye contact can be an intimate thing for dogs and a sign of trust. Dogs can also be really good at sensing emotions and moods. For example, Colonel is a very emotionally intelligent dog and whenever someone is upset, he goes to see what’s wrong. He will also sometimes mirror the mood of the people around them. This is very interesting because dogs have an unspoken as well as spoken bond with humans. Even through a cross-species language barrier, dogs and humans have found a way to thrive and communicate with one another.

Reynolds, L. (2018, July 02). Do dogs really, truly understand what we tell them? Retrieved November 06, 2020, from https://massivesci.com/articles/do-dogs-understand-our-words/

Marshall-Pescini, S. (2019). The Role of Oxytocin in the Dog–Owner Relationship. Animals (Basel).