LeTort Park has been an important feature of Carlisle’s landscape; it has served numerous purposes for its community including fishing, leisure, recreation and communal identity. One of the more recent and exciting additions to Letort Park was the Fort LeTort playground, which was founded in 1992. The Kiwanis club, which is an international, coeducational service club partnered with Landscape Structures wanted to create a space in the park that would empower children by “bringing opportunities for play and playgrounds to communities around the globe.” The Kiwanis club had a long history of close ties to the LeTort park. One of the members remembers “as a fifteen year old coming down here with my dad. He had a mule with a sidearm mower and we were mowing weeds in the park. That’s a lot of history.” On the morning of August 18th, 2015, the Kiwanis members returned to celebrate their involvement and contributions to LeTort park, emphasizing the park’s “dedication to serving youth” for over 100 years. Kiwanis Club of Carlisle President Barrie Ann George said, “our mission is to serve the children of the world, and what better place…We’re all about celebrating children and letting kids be kids.”[1]

Fort LeTort Playground is a “12-acre site suited for family enjoyment and an afternoon picnic.”[2] LeTort Spring Run Nature Trail and the LeTort Spring Run are some of the landscape’s attributes that share a space with the playground. Although the Kiwanis club helped fund and inspire the playground project, the leaders who helped design and build the project were Sharon Wilson and Gail Callanan; “local women motivated by a desire to give their children- and others- a play area that’s a cut above the typical swing set, teeter- totter and merry-go-rounds.”[3] When building LeTort Park, the architects didn’t base their plans off precedent but rather, decided to pay a visit to the Carlisle Elementary school to ask the students what they’d want in a playground. Working together, the architects listened to the children as they brainstormed ideas for the park. One first grader suggested the park have bungee jumping,” which they kindly explained was a little out of reach while others’ answers ranged from castles to mirror mazes to pirate ships to space shuttles.  Today, one of LeTort Playgrounds most popular attraction is huge castle, which sits in the center of the playground. In the summer, when temperatures get hot, there is a spray pool where kids can cool off and splash around.[4] There is a main pavilion, which consists of 36 tables that encourage families to enjoy a communal picnic area or it can also be rented out for events. It’s also interesting to note that many of the children use Letort park not only for afterschool recreation but as a space of learning. Carlisle Elementary school teachers take students to the Letort park to teach them about the stream and the people behind its history.[5] 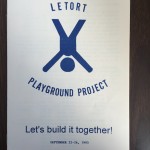 Let’s Build it Together! 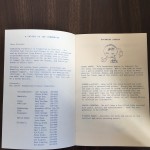 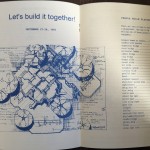