LeTort Park offers an activity-based atmosphere that appeals to individuals who enjoy the nature aspect of LeTort Park. Regardless of the time of year, families can take advantage of the baseball fields/handball court/tennis court/basketball court, fishing, canoeing/kayaking/rafting, swimming/wading, as well as nature study while examining the LeTort Nature Trail.

To increase accessibility to the general public and appeal to more popular modern-day sports, LeTort Park installed a lit-up handball court and basketball court, adding on to the already existing tennis court and baseball fields. Lights were also added on to the baseball fields to allow for games and practices to be scheduled later in the day, and create a better atmosphere for parents to attend their children’s games. Kids can now grab a bat and ball and head to LeTort Park at any hour of the day. The park itself now receives attraction from youth for the variety of sports courts/fields offered, but its linkage to the Nature Trail and Spring Run creates a fascination with activities involving the great outdoors, such as fishing, canoeing/kayaking/rafting, swimming, and running/jogging/walking.

There may be better spots than others for fishing along the two-mile long LeTort Spring Run, but overall, it is one of the finest limestone trout streams in the nation. It is so widely known that it was recognized on the companion TV series that was based off of the book “Fifty Places to Fly Fish Before You Die”[1]. LeTort has even held fishing derby’s for young children, encouraging them to enjoy the fresh air and have some fun, offering prizes and free food for the families participating[2]. Although some areas of the stream are catch-and-release fly-fishing only, there are definitely beautiful and delicious trout, especially Wild Brown, hidden in the depths of the Spring Run. The most entertaining spots to swim take place at the convergence of the chilly LeTort Spring Run with the warmer Conodoguinet Creek in Middlesex Township. Depending on the exact location, peers can be in for quite a surprise since a couple inches to the left or right can be the difference between 20 degrees in water temperature.

Since the LeTort Spring Run is occupied by obstacles, such as fallen trees and low bridges, boating is somewhat of a difficult task. However, there are locations that present a peaceful drift along the stream where one is only accompanied by delightful herons, ducks, and songbirds. What some may say is the “best recreational attraction associated with the LeTort Spring Run”[3], LeTort Nature Trail is utilized by many for walks, hiking, jogging, bicycling, dog walking, and even cross country skiing. While one is enjoying the fresh air walking on top of the crushed stoned path, they will be accompanied by a wide-variety of wild life, such as white tail deer, ducks, and geese. 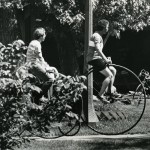 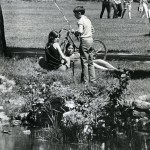 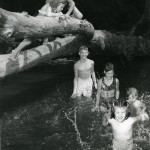 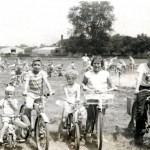 Kids biking around the park