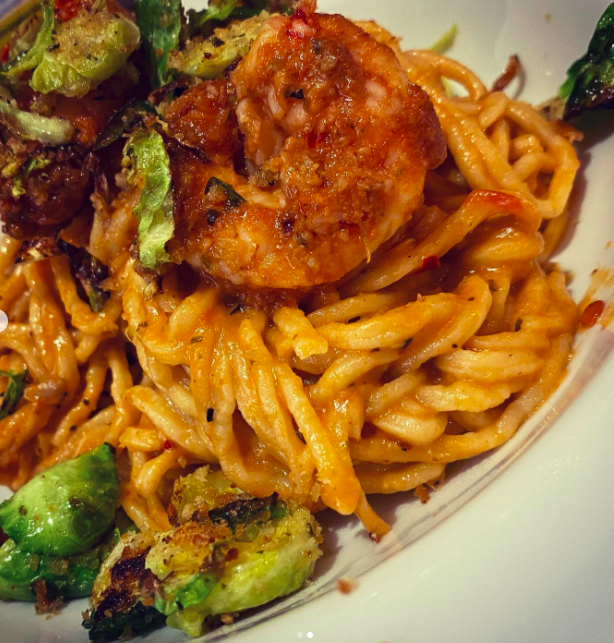 Have you ever wanted to make pasta from scratch but the task seemed daunting? You see the videos on TV and rustic Italians throw the flour right onto their counter with a well in the middle and you can only think about the egg mixture spilling right onto the floor? Well, that’s not even where the difficulty arises. The key to having a soft, yet slightly chewy, pale yellow, and tasty noodle is the ideal ratio of egg yolk to egg white and the ideal cooking time. Join me while I describe the process of determining the proper ratio of egg components and cooking times!

For Dough For Shrimp For Sauce 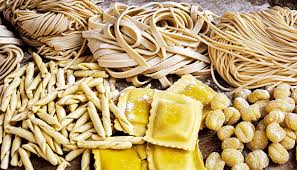 In the recipe above, the relevant aspects for this experiment are the ingredients for the dough and Steps 1, 2, and 5 of the instructions.

SCIENCE BEHIND EACH INGREDIENT 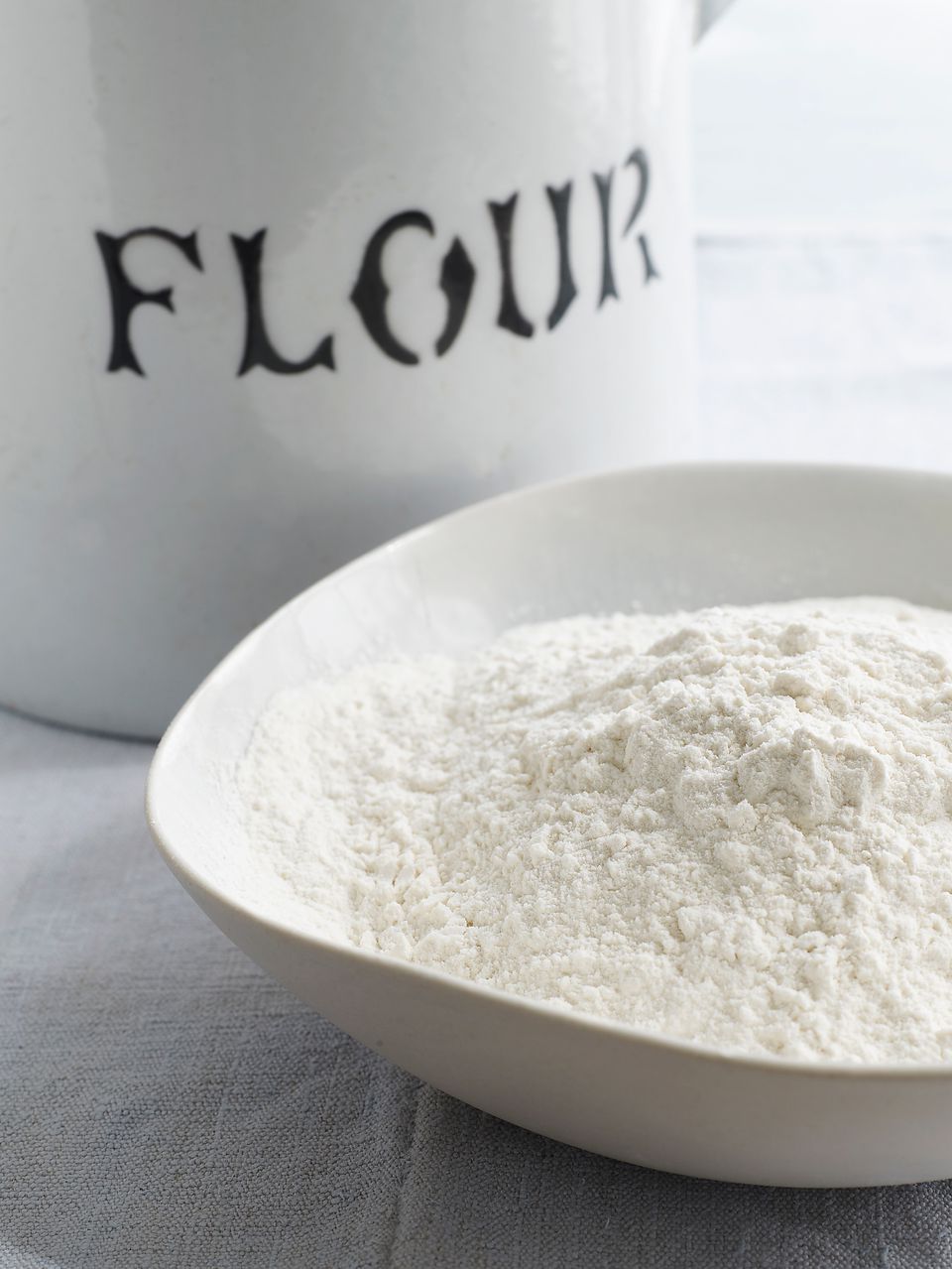 Flour: The flour in pasta is usually all-purpose, but semolina can be used as well. All purpose flour is contains moderate gluten formation potential and semolina flour contains high gluten formation potential. For this recipe, all purpose flour is used. The flour is structure building. In addition to carbohydrates (starch), the protein provides gluten (gliadin and glutenin) to create the dough in the addition of water. 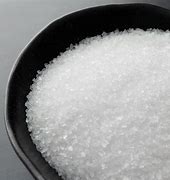 Salt: The salt in the recipe can range, but typically Kosher or fine salt is used. The smaller the salt crystals, the more integrated it will be in the mixture of the dough. There is minimal salt, so it has little effect on the formation of the dough. 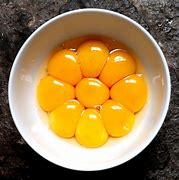 Egg Yolk: In recipes, eggs can be structure building or weakening. Egg yolks are structure weakening because the fat inhibits gluten formation. Egg whites are structure building because they can act as a binding agent or leavening agent. The whole egg, can additionally act as an emulsifier. In this recipes, the egg yolks will act as the binding agent responsible for gluten formation because it is the source of water in the dough. Egg yolks are composed of 50% water, 34% fat, 16% protein, vitamins, and lecithin. The water content, despite the fat, forms some gluten from the gliadin and glutenin in the flour. Egg yolks are a gel: a liquid dispersed through solid continuous phase. In the experimental doughs, the egg white composition (88% water, 11% protein) will have an effect on the gluten formation/texture (Anton 2013). 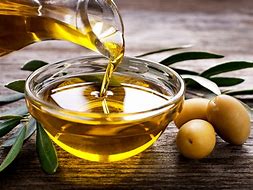 Olive Oil: Oil is a fat. Fats are usually structure weakening and prevent gluten formation. However, it also acts as a tenderizer and creates a sensation of moisture. In this recipe, the oil content is minimal, creating minimal effect on the dough formation.

Put flour on counter in a well shape. In the middle, add egg yolks, salt, and olive oil. Knead into a dough.

In this step, all of the ingredients are combined into a dough. The well of the wet mixture into the dry mixture allows for efficient mixing without mess of usage of unnecessary mixing bowls. It also allows for gradual combining of the dough. The dough will initially present as crumbly since the water from the egg yolk has not yet been able to hydrate all of the flour. However, as the dough is kneaded, the water from the egg yolk hydrates the flour and bind with the gliadin and glutenin in the flour to form gluten. The formation of gluten creates an elastic texture. As the dough is kneaded, gluten formation continues. The fat from the egg yolk and oil acts as a tenderizer/structure weakener by coating the gluten particles and preventing the dough from becoming too tough or stiff (Field 2012). Mixing and kneading can be done by hand.

Rest the dough for at least 10 minutes.

The dough is rested so that the gluten is allowed to trap carbon dioxide. The gluten is strong enough to hold in some of the carbon dioxide and create a soft and springy texture of the dough while still maintaining shape.

The roller flattens out the pasta dough into sheets. This process removes any remaining air pockets in the dough, creating a smooth and silky feel. Additional flour might be needed if the dough is too moist and may stick to the roller. This flour absorbs the moisture and dries out the dough. The cutter creates individual noodles. The cutting breaks apart the pasta into separate segments and physically creates division in the structure.

The boiling of the pasta noodles is the cooking of the pasta. Through convection, the boiling water surrounds the noodles and cooks from all directions. This allows for even cooking of each noodle, unless they were unevenly cut, in which case, the thicker ones would take longer to cook through. The fresh pasta is finished cooking when the noodles rise to the top of the boiling water (3-5 minutes). The cooking of the dough is determined by the egg composition. The water should be boiling (212 degrees Fahrenheit). Metal pots are useful since they have sufficient heat transfer and for purposes of boiling, cook evenly.

Add to sauce and cook on medium heat for 30 seconds.

Pasta is usually added to the sauce and cooked in it right after being boiled so that starch from the flour-water can thicken the sauce and so that the sauce can readily bind to the freshly cooked noodles. Metal sauce pans would be the best choice for cooking because it has good heat transfer.

Flat Surface: To make the dough, a flat surface (metal, wood, ceramic, marble) could be used. Since the kneading of the dough is a roughly quick process, the emissivity of the table does not mater.

Hands: The mixing and kneading of the dough is completed with hands. The warmth from hands can potentially aid in the formation of gluten since heat increases the rate of reaction.

Metal Pot and Pan: For the cooking of the pasta, in boiling or the sauce, metal pans are typically used. They possess effective heat conduction properties and are able to adapt to changing temperatures.

For my adaptation, I varied the egg yolk and egg white ratios in the dough to determine the effects and ideal ratio. I scaled down the recipe to create the several doughs in the experiment. The doughs 1-6 are ordered from top to bottom in the picture. Dough #1: The texture was gummy and chewy, the color was pale and translucent, the flavor was gummy.

Dough #2: The texture was smooth, the color was rich yellow, the flavor was rich.

Dough #3: The texture was soft, the color was pale yellow, the flavor was bland.

Dough #4: The texture was soft, the color was very pale yellow, the flavor was bland.

Dough #5: The texture was firm and soft, the color was pale yellow, the flavor was somewhat rich.

Dough #6: The texture was very gummy, the color was pale and translucent, the flavor was very bland.

Scientific Backing for the Influence of Higher Egg Yolk Concentrations in Pasta Dough:

The main structural component of pasta dough is the gluten formation. However, large amounts of gluten are not the most pleasurable for pasta. Therefore, fat in the dough is able to coat the particles and prevent some of the gliadin and glutenin from mixing with water and forming gluten (Vega 2012). In the doughs with more egg yolk, the higher fat content is able to create smooth and silky textures with the limited gluten formation. However, in the doughs with more egg white, the lower fat content forms high amounts of gluten and creates a gummy and dense texture. Since the egg whites contain majority (90%) water, the gluten formation is able to occur (Compound Chemistry 2016). In terms of appearance and taste, egg yolks create a more rich flavor and color than the egg whites. Egg yolks, on the plasma and granule levels, are stabilizers, making them able to provide the proper texture for the dough (Anton 2013). In terms of flavor as well, the egg yolk doughs tasted more rich because salt is able to be more receptive to taste buds in an egg yolk dough as opposed to an egg white dough (Van Steertegem 2013).

Vega, Cesar., et al. The Kitchen as Laboratory Reflections on the Science of Food and Cooking. Columbia University Press, 2012.