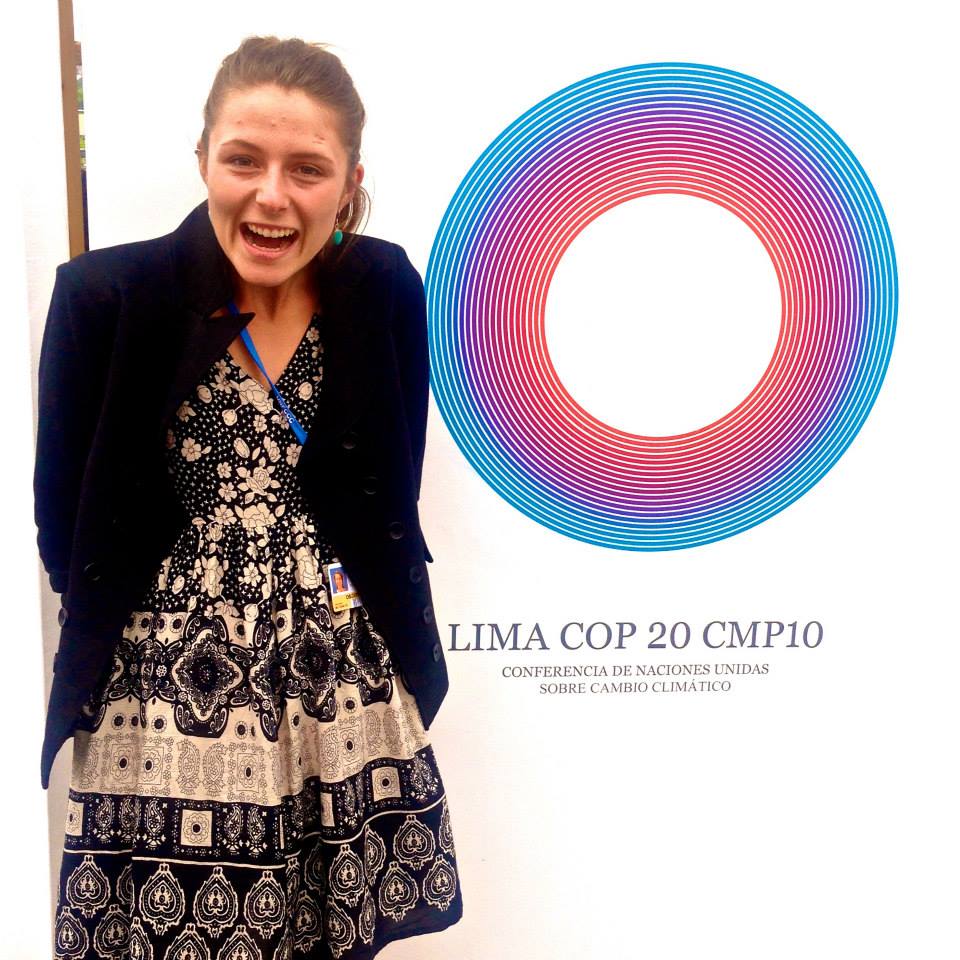 COP20 was a whirlwind of activities, events, demonstrations and contacts. From the onset I felt like it was a race to be able to do as much as possible in the shortest amount of time. We began each day emailing our contacts from the day before (if the WiFi permitted), following up with meeting times, thanking them for their time and information or persisting with the plea for an interview. Then, what I found to be the most challenging, was planning the day. The apps we downloaded onto our phones were largely inaccurate when it came to times and locations for side events and press meetings (they were often changed last minute). Neither did they seem to include the full range different things going on.  However, there were moniters that helped with that. From there the day was ours to explore and learn.

Each day involved some combination of side events, the Climate Action Network’s updates, and interviews. I personally loved attending side events. My research topic is about how agriculture is being discussed in negotiations. I chose this area of study because of a personal passion for the agricultural and food system. So, I was fascinated with the panelists, and experts that shed light onto the issue. Attending the events also made it easy to find excellent people to interview.

The Climate Action Network (CAN) had wonderful updates on the conference that synthesised what was happening behind closed doors and what we, as participants, should watch out for. The image on the left was taken at one of these updates. The image on the right is of our interview with Jeff, asking about his experience in Lima. Two billion people all over the world are affected by iron deficiency contributing to anemia. Two hundred and fifty million children suffer in more than half the countries on the planet suffer from Vitamin A deficiency. And 805 million people suffer from hunger. In the U.S. though, 1.3 billion people are overweight or obese due to a diet that is damaging to our bodies and our environment.

How could something so simple as eating, the most natural human activity, damage our environment? It is in the way in which our food system is set up, built upon fossil fuels. In the tropics, destruction of natural rainforests for agriculture contributes to 12% of total warming annually, even though only 50% of the food produced ever make it onto a plate. The creation of chemical fertilizers rely on oil, coal, or natural gas to supply the hydrogen gases necessary to artificially re-create the act of nitrogen fixation. Corn- and soy-fed cows consume on average the equivalent of 35 gallons of oil in their lifetime, due to the fertilizer used to grow their corn, transportation emissions, and many other sources of emissions along the industrial food chain. Wet milling, the process factories use to break down corn into factories to become cornstarch and various sweeteners, burns 10 calories of fossil fuel energy for every calorie of processed food it produces. It takes 1.3 gallons of oil to make 4,150 calories. Food transportation is yet another contributor to GHG emissions, producing about 12% of emissions in developed countries, such as the United Kingdom.

The food supply chain greatly affects climate, but a warming climate will also affect the food supply chain. It disrupts crop yields and pushes food prices up, increasing food insecurity for the world’s population. A study led by the Harvard School of Public Health found that rising CO2 levels strip foods of vital nutrients, which will increase the number of undernourished children in developing countries. In Africa, this number is expected to rise ten-fold by the year 2050.

Poverty and climate change are self-reinforcing. As climate change threatens crop production, the number of hungry and malnourished in the developing world will increase, which will result in unsustainable practices in these places to meet their current needs. To mitigate climate change, and in turn allay undernourishment and poverty, we must reimagine our food system. We should support small farms, which will rely less on fertilizers due to their being polycultures (most likely, because it will make more financial sense for a small farm), as opposed to many corn farms in Iowa, which are grown as monocultures with no other plants and animals, other than corn and soy. We should convert degraded lands into productive farms, which will help adapt to and mitigate climate change, reduce rainforest destruction, along with enhancing global food security. Breastfeeding for infants is a highly sustainable intervention that will reduce the carbon footprint of our food consumption.