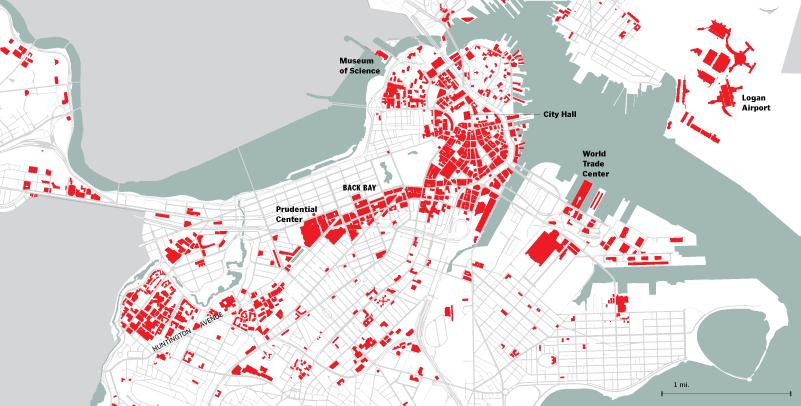 As I look at what my life will become when I graduate in May and move past the limestone, as they say here at Dickinson, I have been looking more at my love of architecture and cities and the intersection with climate change. These thoughts recently made it to the forefront of my mind as I came across some interesting new studies on the longevity of contemporary building styles. I will back up some first. I have been planning on attending architecture school for some time now. I am still unsure of when that will be, but I will make that move at some point. I came to this decision after some realization that soon major cities are going to need rebuilding and expansion. I will touch more on that shortly, but first I want to be a part of this next generation of builders. The ones that will help shape the physical layout of a rapidly transforming global society. Imagine the infrastructure change as society shifts away from the heavily petroleum based ways that infiltrate nearly every aspect of life. Buildings redesigned for efficiency, transportation networks reinvented, social spaces that allow for more community building. This newly designed world will have to be adapted to the new climate that humans have wrought.

The article that recently brought these thoughts to the forefront of my mind came from Fast Company’s design section. It discusses the risk that climate change poses to modern buildings. It reports on a journal article that highlights the potential danger of concrete degradation from acid rain. Imagine how much concrete you come into contact with everyday. It is everywhere, and according to this study if you live in a city like Boston 60% of it could be gone by 2050. Their projections are admittedly for a worst case scenario, but in a country that already spends over $4 billion dollars on concrete bridge repair it is a dangerous scenario. While this study is focused on the effects of carbonation and chlorination of concrete, which is a coastal effect, I does make me think of the limestone here at Dickinson. Being a locally available and excellent building material, the glorious sedimentary rock makes up much of Dickinson’s campus. However, anyone who has ever been in an Earth Science course or has been rock climbing in the area knows that limestone is not the most robust of materials. It is a decent enough building material, but it weathers (chemically and physically) incredibly easily. Just pour some vinegar on a block of limestone to see. Household vinegar has a pH of 2, while clean rain is generally between 5.0 and 5.5. The pH of rain in Carlisle, where Dickinson is located has been seen as low as 4.3. While this may not create the immediate visual weathering effect vinegar does, increased acidity will lead to much more rapid breakdown of the limestone. To tie this all together I would ask that you think about how we will be building in the future. The planet has changed and the new rules are going to make it much harder to design and build. I am excited for this opportunity though. We are headed into a future of rapid urbanization and the need for innovative systems of buildings that help facilitate strong community and clean living (clean in the no-carbon sense). As new communities are planned, much more diverse buildings will be built in order to adapt to local conditions brought on by global climate change. The behemoth concrete giants of the past are no longer applicable. Buildings will need to be dynamic and utilize materials that will hold up to acid rain, flooding, or mega-typhoons.

The Inca Empire is generally regarded as the largest pre-Columbian civilization in the Americas, but from the 12th century AD until the early 1400s, the Inca people lived as a pastoral tribe in the area surrounding the city of Cusco. It was only after Sapa Inca (the title given to the Inca leader) Pachacuti came to power in 1438 AD that the Incan territory expanded from a small kingdom surrounding the capital at Cusco to a large empire stretching from what is now southern Colombia all the way to central Chile.

Besides expanding Incan territory and consolidating various different Andean tribes under one rule, Pachacuti is also well known for launching a building program that not only rebuilt much of the city of Cusco, but also created such famous sites as the Koricancha Sun Temple, Machu Picchu, and the Capac Ñan, the royal Incan highway system.

Mark Adams, in his book Turn Right at Machu Picchu explores the architecture of many of these Incan sites, in addition to ones built before and after Pachacuti’s reign, all while retracing the steps of Hiram Bingham III’s various Peruvian expeditions during the early 1900s.

One of the most interesting aspects of the Incan architecture that Adams observes is that most of the buildings are constructed without the use of mortar. Instead, the stones are so precisely cut and shaped and fit so closely together that a knife cannot pass between any two stones. And it is not only the buildings that are constructed in this manner, but also many of the stone walls and bridges along the Capac Ñan, the highway system that traversed the whole of the Incan Empire.

Despite generally not using mortar, Incan masonry was very stable. The walls of their buildings were slightly inclined toward the inside, giving the buildings great seismic resistance. In the case of an earthquake, the stone blocks would settle right where they belonged after only a bit of shifting during the tremor.

The Incans did all the carving of these stones with bronze, copper and stone tools. Unlike the civilizations of Europe and Asia, the Incan Empire (and much of the Americas) never went through an Iron Age, and so had no access to hard metals. Even so, the Incans were still able to create “one of the greatest imperial states in history,” in the words of Spanish conquistador Francisco Pizzaro, who conquered Peru in 1533.

Forging an empire as large the Incan’s without the use of iron tools is impressive enough, but the Incans also made do without the use of a writing system. They did have a spoken language, which was a form of Quechua, but there was no form of written communication. Instead, information was recorded through the use of khipus, which were groups of colored, spun or knotted cords decipherable only to a special class of khipu keepers. Because of this, no surviving khipus have been fully decrypted, although it has been theorized that the khipus use a system analogous to a computer’s binary code — very interesting to me as a computer science minor.

The Incans also had no real concept of the wheel. Transporting messages, goods and persons around the high peaks of the Andes was all done either on foot or through the use of alpacas and llamas. It is generally assumed that any advanced civilization needs to have invented the wheel at some point during their history, but in reality there’s only one civilization that invented it. Sometime around 3500 BC, an unknown Sumerian inventor came up with the concept of the wheel, and from there, it spread around Europe, North Africa and Asia. But the concept of the wheel never made it to the Americas due to that little bit of water separating it from the old world. In place of the wheel, the Incas made use of wooden rollers to transport heavy objects, although these were not attached to the object being transported, as a wheel would have been.

The majority of well-known ancient civilizations existed on fertile plains at low altitudes, but without the wheel, a writing system or hard metals, the Incans were able to build a vast and interconnected empire on the peaks of the second highest mountain range in the world, with some of the most impressive architecture of any ancient civilization. How they were able to do this still remains a mystery to many scholars, and with no written records from the Incans themselves, it will be a while until we are able to understand the Incans advanced ways.