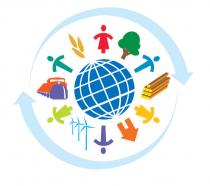 Climate change does pose significant threats to prospects for sustainable development. It impacts our environmental, economic, and social development. With climate change in our radar, our ability to meet basic needs to sustain life would be difficult. The behavior that we are carrying out currently may allow or disallow our use of planet earth by future generations. It is also very difficult for developing countries to develop sustainably due to lack of government policy, finance and adaption plans.

In “Renewable Revolution: Low-Carbon Energy by 2030” by Janet L. Sawin and William R. Moomaw, the focus is on sustainable development but by the reduction of energy usage by using it more efficiently and using mostly renewable energy resources.  “Humanity can prevent catastrophic climate change if we act now and adopt policies that reduce energy usage by unleashing the full potential of energy efficiency in concert with renewable energy resources” (Sawin & Moomsaw, 2009).  This is a valid statement because climate change is first and foremost a challenge to development.  Climate change is not just a pollution problem.  In Sawin and Moomsaw’s article, they also stated that “A combination of political will and the right policies can get the world on track to mitigate climate change in the near term while also meeting demand for energy services, providing energy access for the world’s poorest, boosting the global economy, bolstering energy security, and improving the natural environment and human health” (Sawin & Moomsaw, 2009).

According to “Integrating Development in Climate Change: A Framework Policy Discussion Paper on Key Elements for the Development of the Post-2012 Global Climate Policy Regime” by the South Centre, global cooperation to reduce developed countries’ climate footprint and support developing countries’ adoption and implementation of low carbon sustainable development methods should be a priority. In context of the climate change negotiations, there is hope for developing countries to form policies that would promote and aid sustainable development objectives. The South Centre proposed that the post-2012 framework should support the creation of an international economic system that supports and promotes economic development of developing countries (South Centre, 2007). However, certain aspects need to be accounted for such as the need of flexibility to properly determine what policies are needed for development as well as what is best for adaptation to climate change. Policy parameters for the design of economic and environmental policies that were projected by the South Centre are “…the development policy space for developing countries in the areas of tariff and non-tariff barriers, intellectual property, investment promotion and regulation, regional integration, industrial policy, and finance regulation; and the environment and carbon space to increase GHG emissions, to the extent that may be required to enable them to increase the standards of living of their peoples to levels commensurate with a decent and dignified way of life” (South Centre, 2007). 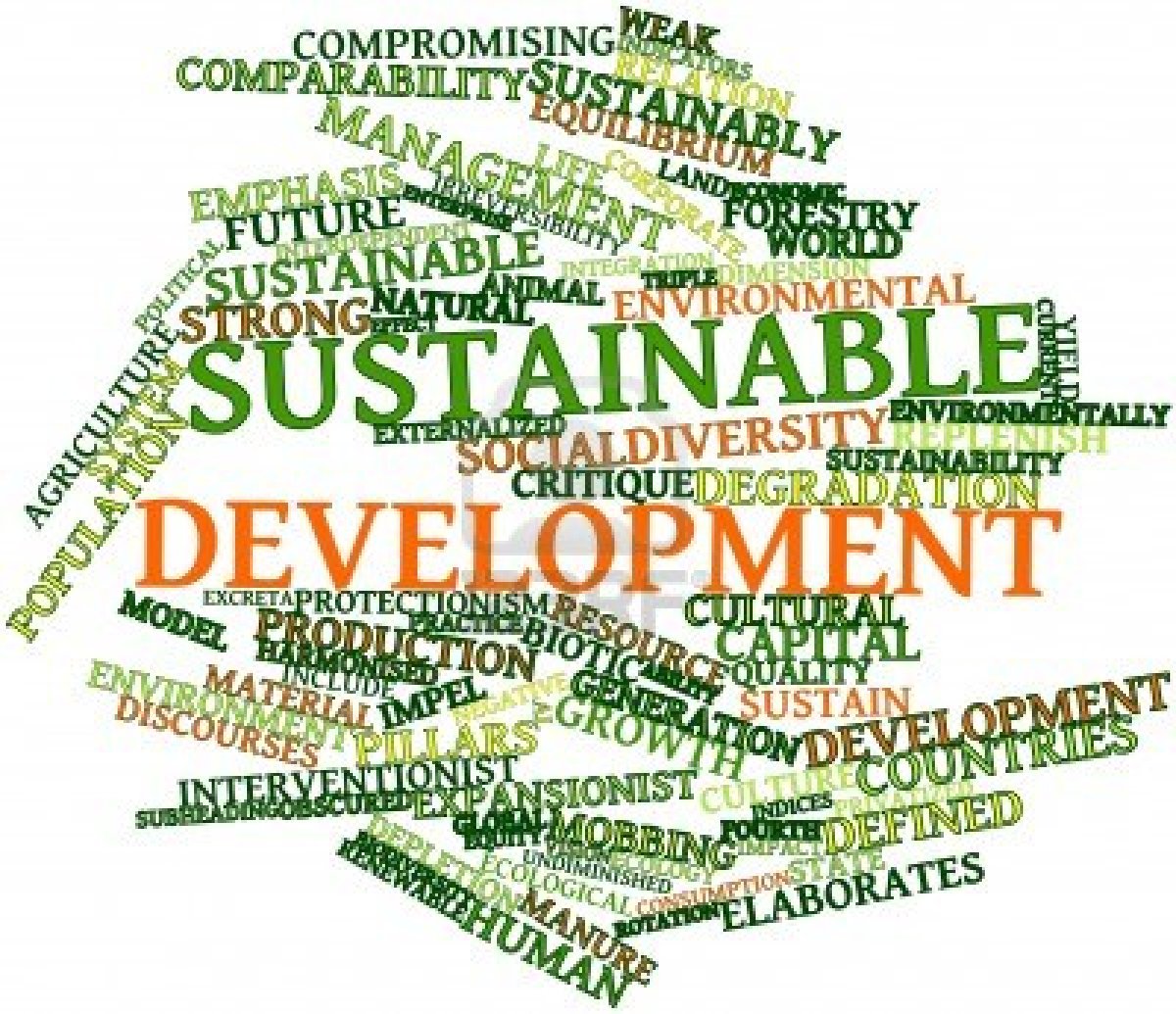 When it comes to talking about climate change, it is easy to leave the conversation feeling like there is no hope left for the world. Greenhouse gas emissions are rising and policies have yet to be drastic enough to bring levels down where they need to be. Sitting in the comfort of a highly developed country, climate change means having to sacrifice some luxuries, like driving large SUVs, that have become customary. Looking through the eyes of a developing country, climate change hits harder and faster, interfering with the ability to ever reach a point where the developed country’s luxuries would even be attainable. Climate change, among other factors, is certainly an obstacle in the way of sustainable development. Developing countries need financial support, incentives to develop sustainably and help adapting to the damage that has already been caused.

The path to development is a long one. Climate change adds just another obstacle in order for a developing country to develop sustainable. However, obstacles are meant to be overcome, and it is still possible to develop sustainably in a world with climate change. Global cooperation is necessary and shared responsibilities between developed and developing countries. Getting all countries to make the best decisions, not only for themselves, but for the environment has certainly shown not be an easy feat. Climate change makes sustainable development more difficult, but it doesn’t make it impossible. 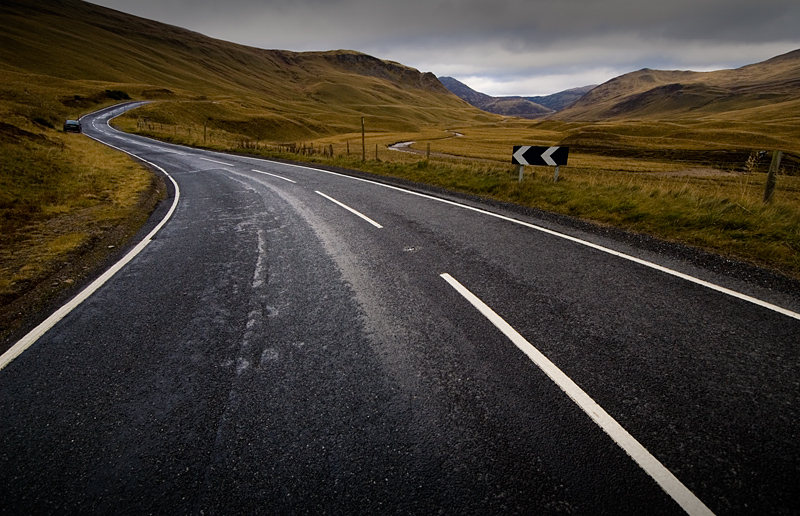 It’s not sexy. It doesn’t work well on a bumper sticker easily. It doesn’t bring in big donations to charities or get people energized. But infrastructure is the key to our future survival and prosperity. A continually changing climate and environment necessitates advancing infrastructure renewal to keep pace. In Bill McKibben’s Eaarth, a new world is described that is radically different than the one we currently enjoy, and one that we may even begin to experience within our lifetimes. The effects of global warming on this new world, Eaarth, will have serious economic repercussions; for example, Hurricane Katrina caused about $108 billion of damage in the United States. The infrastructure that was in place before the storm was severely insufficient to match the storm, even though predictions had been made before the storm hit in 2005 that the infrastructure needed to be beefed up in case of a direct hit by a hurricane. Had the city’s infrastructure been attended to before the storm, the economic and personal costs to the people of New Orleans would have been far less severe.

A well-maintained infrastructure is pivotal to whether or not we can maintain the lifestyles we have grown accustomed to. If any more delay persists, the global economy will be dangerously unprepared for the looming fate that awaits us just over the horizon. Shocks on the scale of Hurricane Katrina are not going away; they’ll be a fact of life, and we need to be proactive with precautionary measures and fundamental changes to our economic and physical landscape in order to weather the impending storm (pun intended).

However, McKibben is not suggesting just throwing money randomly on infrastructure renewal projects; he implores a smarter, long-term planning perspective that takes into consideration the changes that will happen not only in the next decade or two, but over the next century. Rising sea levels will submerge coastal roads and bridges around the world; rather than repairing those that most likely will be inaccessible in a few years, it’s more effective to repair infrastructure that is out of the danger zone and that will be available for use further into the future. If we’re smart about what and how we overhaul our infrastructure systems, we’ll be far better prepared to withstand what lies ahead.

McKibben said “we’ve got to harden our communities so they can withstand the couple of degrees of global warming that are now inescapable.” Investment in infrastructure is not only to ensure our long-term prosperity, although it is that; it is also to guarantee and protect our ability to adapt and function in the ever-changing world and to survive. Everything is at stake, and it won’t be easy to defend it. But, when you weigh the options, the course of action is clear.