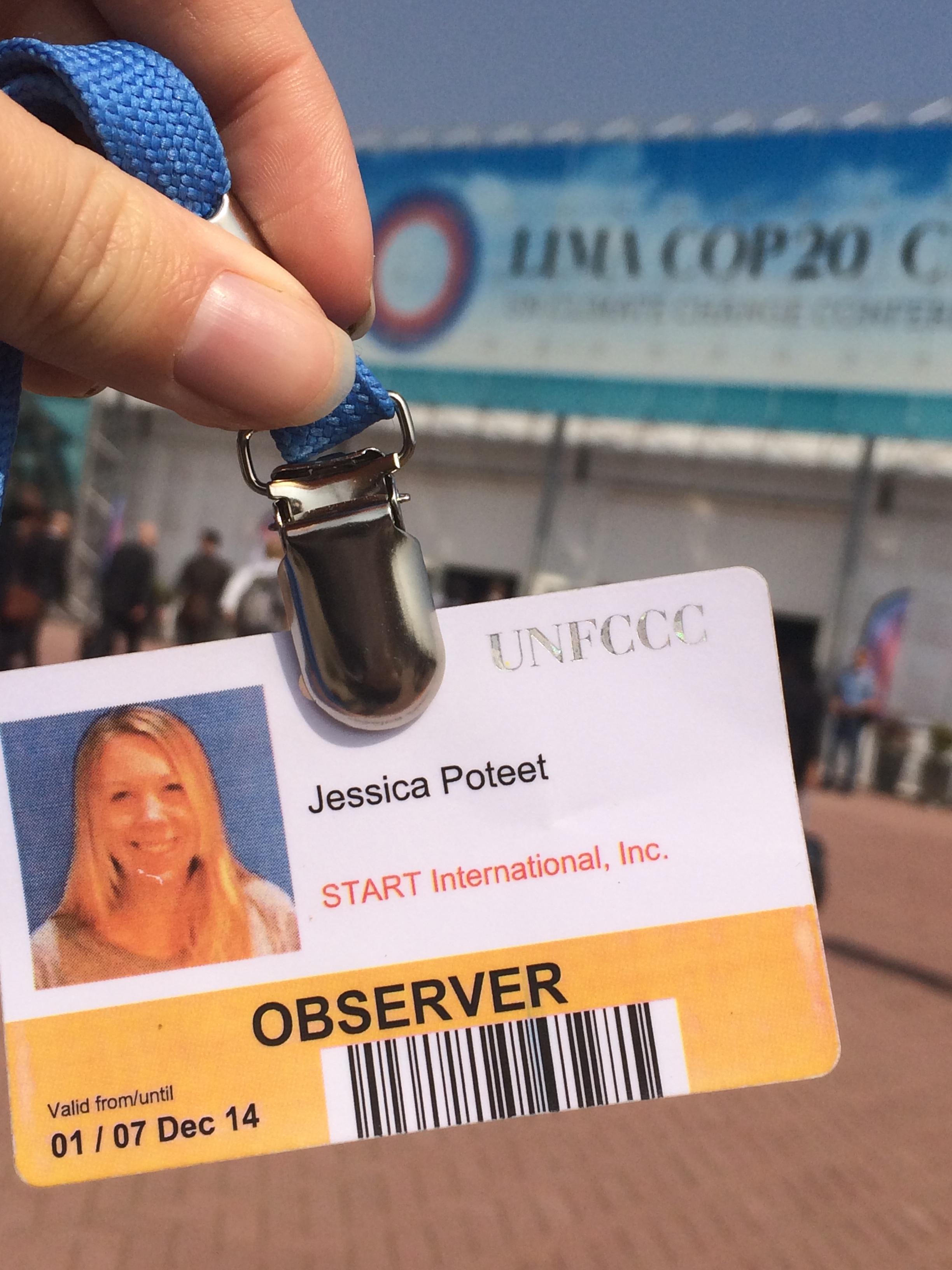 I’ll admit it, I came to COP20 as a dewy-eyed, idealistic college student. After being immersed in the UNFCCC all semester, I was ready to see climate change tackled head on by the thousands of delegates that flew in from almost every country in the world. We came off the plane in Lima filled with excitement for the next two weeks.

I still felt the energy from attending the People’s Climate March in September. The EU had just announced its plans to reduce its total emissions to 40 percent below 1990 levels by 2030 and, the previous month, China and the US, had jointly committed to addressing climate change.

The task for COP20 seemed simple enough: use voluntary agreements to create a draft of the Paris agreement. Even jaded COP20 attendees who I talked to felt that an agreement of voluntary commitments would be completed, even if the commitments were not very strong.

However, after two weeks of negotiating, the climate talks seemed on the verge of collapse. A day after the meetings were scheduled to end, a heated discussion ended in over 80 developing countries refusing to back proposals suggested by UN officials. The delegates pulled a 32-hour marathon session to produce a modest compromise. With the overtime session, 195 countries agreed to adopt a four page document that explains the types of national climate targets they will need to deliver in the next six months.

Countries with the leading economies will submit their Intended Nationally Determined Contributions (INDCs) by March 2015 and others will follow by June.

Still, most NGOs have called the agreement a weak one. A statement signed by Oxfam, Greenpeace, and Christian Aid said the agreement left the world on course of a warming of 4C or worse.

Countries do not need to explain how their INDCs are fair or ambitious. Instead, the UNFCCC will analyze the aggregate effect of all the pledges only a month before COP21 in Paris. Developing countries were placated with text including the importance of loss and damage. However, there is no concrete plan for raising the promised $100 billion by 2020 for developing countries.

Neither did Lima deliver concrete commitments to reduce short term emissions. Samantha Smith, leader of the WWF Global Climate and Energy Initiative said: “The science is clear that delaying action until 2020 will make it near impossible to avoid the worst impacts of climate change, yet political expediency won over scientific urgency. Instead of leadership, they delivered a lackluster plan with little scientific relevancy.”

In the end, the UNFCCC is just one tool for combating climate change. Waiting on politicians may take too long. A ground-up movement may be our best bet to avoid disaster.