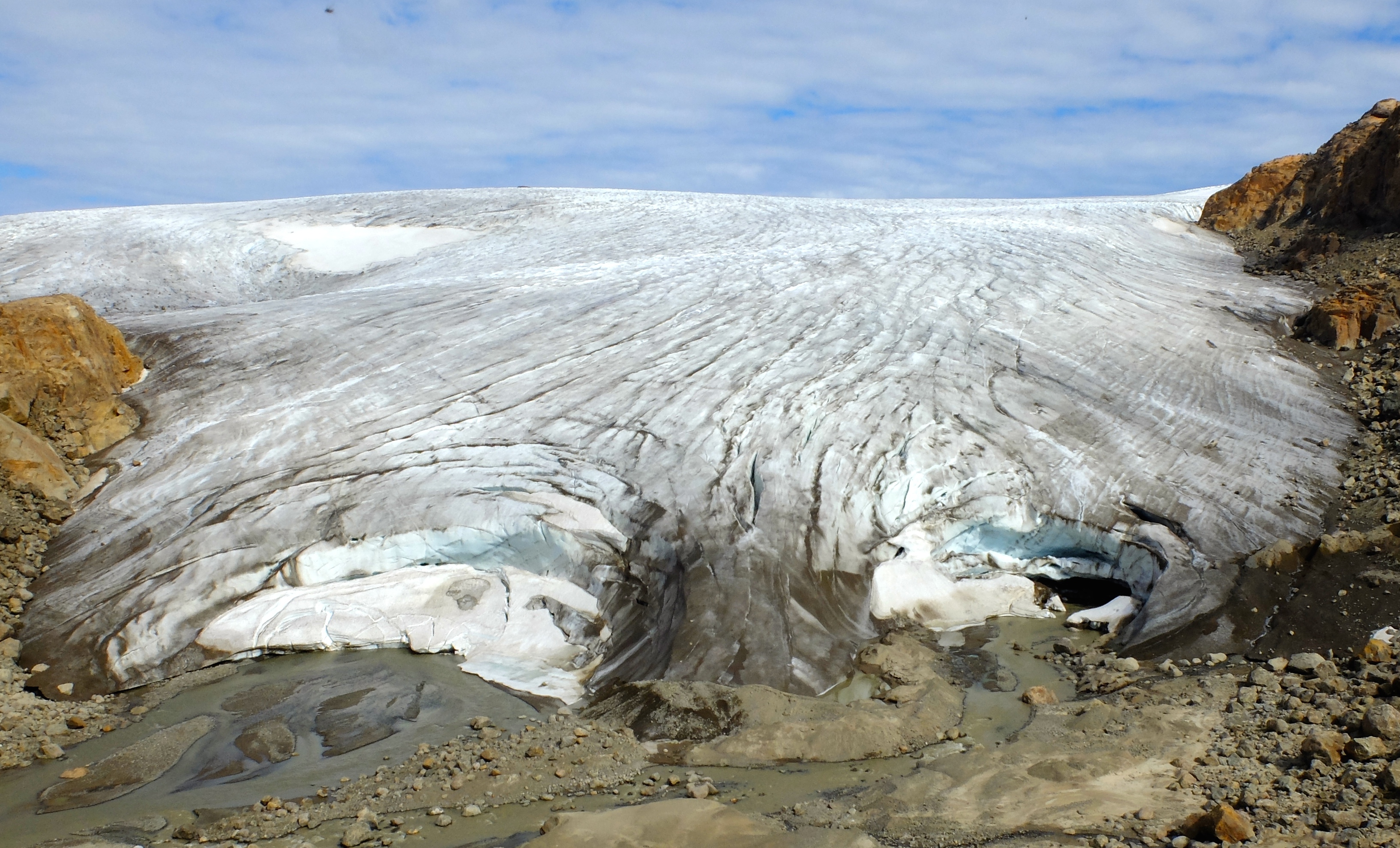 This summer I had the opportunity to travel to Greenland with the Earth Science department. We had an incredible trip and got to see a lot of ice. Climate change is readily apparent in the landscape and in speaking with the locals. One man local to the small settlement of Kulusuk told us that the dog sledding season used to last from September until June, now they usually can’t start until late October and are ending in early May, a drastic change for this culture. Even though the season is getting shorter, families still train dogs to sled. This picture shows a mom with two new born pups, there were also more in her litter under her belly.

One our first full day of hiking we were able to see a glacier that has been studied by some Danish scientists for many years, Mittivakkat Glacier. There is a great deal of scientific literature on the subject, some of which can be found here. We were only able to see one small tongue of the glacier shown in the photograph. For more information on this glacier see journal articles here.

The most striking glacial feature we saw was an incredible tide water glacier, about 30 minutes from Kulusuk by boat. The Apusiaajik Glacier is retreating. While there is currently no scientific literature on the glacier, locals say that it is just in the past 5 years that the rock in the middle of the photograph above has become exposed. This is consistent with other glacial observation in the region that many “tide water glaciers” no longer reach the ocean.

All photographs taken by Will Kochtitzky, August 2014