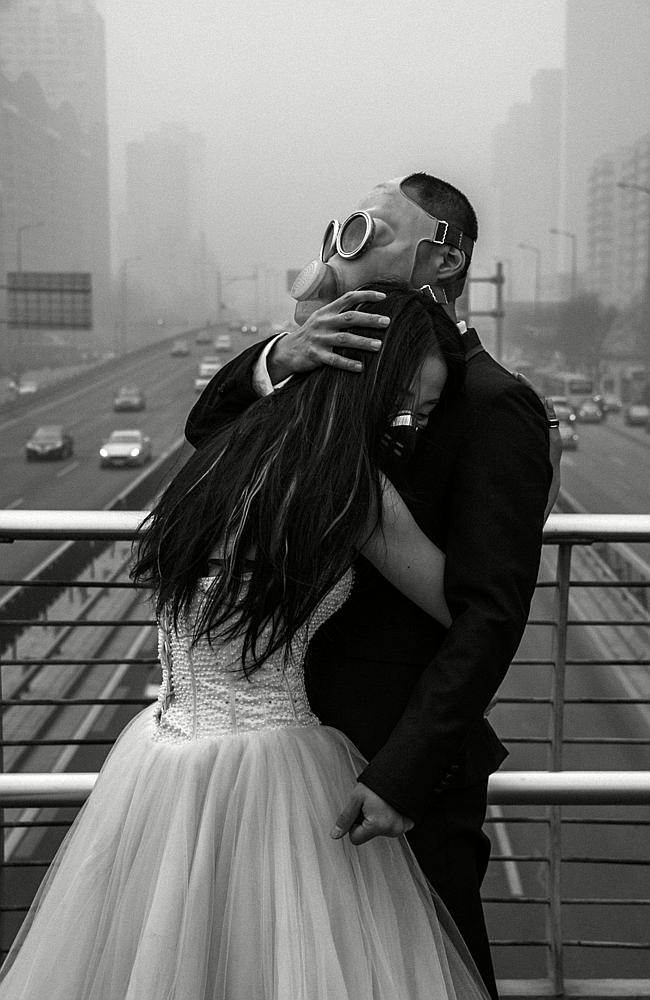 According to the latest IPCC Synthesis Report there is a clear human influence on the climate system. The “unequivocal warming” can be seen very well over the last three decades, which have been warmed successively. The effects of this human induced climate destabilization can be seen in the present and are projected to worsen over time, regardless of the level of carbon emitted into the future. This does not mean that global and regional systems should not be overhauled to reduce carbon emissions. A rapid decrease in emissions is necessary to avert further warming of the planet and changes in the climate system. As the various effects of the shifting climate are being seen now, it can be clear that a level of dangerous climate change has been reached, although not threatening on a global scale. In order to ensure the perpetuity of our species in conditions that are not life threatening, a new development pattern must be adopted. The old way, some may say the “dirty way,” is no longer feasible. No longer may we dig up energy reserves that were sequestered over millions of years and burn them in a matter of hours. This is not as sustainable as once was thought. The planet is telling us that we must radically shift the way we build, develop, live, connect, move, eat, recreate, etc.

In looking at the driver of climate change, fossil fuels, an obvious need for doing away with all fossil fuels can be seen.
Just as important to look at though, are the public health benefits that come from reducing the burning of fossil fuels. Smog and airborne particulate matter are a huge health risk all over the world, from the smog filled skies of Beijing to the United States, where in 2013 118 of the 231 counties in the United States exceeded the EPA’s allowed level of ozone.[1] These dangers are a direct result of burning fossil fuels. Switching to power-generation systems that do not emit will not only slow global warming, it will directly save lives and promote healthier activities.

The alleviation of poverty is one of the United Nation’s direct responsibilities.[2] Taking a look at poverty one will find that about 1.3 billion people in the world do not have access to electricity.[3] One solution to this would be to build large centralized coal plants, which would be the centers of massive electricity transportation networks. This inefficient and unsustainable system is currently in place in much of the developed world. However other solutions exist. There has been a great deal of work done on the link between renewable energy and poverty alleviation. Not only studying the prospects, but actual tangible change. For instance in India, Project Chirag is bringing light to rural villages across the nation and it is being done with the use of solar panels and batteries.

Climate change has been described as the biggest challenge our species has ever faced. And a challenge it is, altering the way nature of the planet that humans have grown up in. Why look at climate change merely as a challenge? The notion that by 2100 fossil fuels must be phased out and renewable grids in place is just incredible. A recent study estimates, with an 80% chance, that the projected population by 2100 will range between 9.6 and 12.3 billion. They will all need electricity, food, water, and space. Developing for sustainability is the only option if we want to be sure that this population will be able to live safely and without struggle. Using climate change as a tool, rather than looking at it simply as challenge, to make the world a better place seems like a reasonable way to ensure that type of development. My first exposure to China’s climate policy position was at COP 17 in Durban, So. Africa. There I asked a Chinese delegate if shale gas would be in the mix of transition fuels to wean China off coal in order to ameliorate the air pollution which continues to be a major contributor to a growing public health problem in eastern China.  His response was that shale gas was a minor resource in China and that coal would continue to be a major player in energy production. Clearly the implication was that China was not interested in resolving the air pollution that chokes major cities as much as the continuation of the pace of economic development that was rapidly bring China into the 21st century as a developed nation.  This was not what I was hoping for at a climate change conference.

What a difference three years makes!  Since COP 17 and over the past year I have spent a month  exploring Yunnan Province in southwestern China looking at sustainability efforts through  alternative energy and climate change effects on agriculture and water availability.  While you see  the reason their CO2 emissions are so high (construction of high rises with no tenants, multi-lane highways to small towns, and long rail and highway overpasses to avoid farmers fields and the energy needed to build all this) even in the relatively cleaner western parts of China, there is a sense that this pace of development is not sustainable if for not other reason then the environmental degradation it is causing to some very beautiful landscapes. Moreover a lingering drought has this mostly agrarian part of China reeling from lack of rain especially for rice production.  Climate change may be taking hold and the Chinese sense it.

So what has changed?  While we are not sure exactly what the China’s strategy will be, it is clear they want to slow the use of coal to improve the air quality of the major cities at the very least.  We saw lots of reasons to believe that alternative, non-fossil fuel energy is being used especially at the personal level.  In the large cities and small villages as well solar hot water is the name of the game.  In Kunming, the provincial capital, every rooftop has a solar water heater; even apartment buildings string a dozen or two water heaters together to supply all the tenants.  Biogas has become a staple of rural energy life in place of burning scare wood.  And government officials at the local level are encouraging these changes.

So what can we expect from the Chinese at COP 20 where they will be even a bigger player in the negotiations than they were in Durban?  It is hard to know as one is never quite sure what they will come up with and how they will approach climate change mitigation now.  But from talking to the people in Yunnan province including the scientists doing biomass and solar heating research it appears that the Chinese are beginning to see the value of slowing development, encouraging well established alternative energy sources at the local level, and becoming more concerned about a pending public health crisis in their megacities.  Will the Chinese find a way  not only to play nice with the other “kids” in Lima but also be a positive influence in solving global emissions problems? Stay tuned.