The Renewable Energy & Energy Efficiency Partnership (REEEP) is an international non-profit based in Vienna, Austria that’s aim is to “accelerate the global market for sustainable energy with a primary focus on developing countries and emerging markets.”[1] Launched in 2002 at the World Summit on Sustainable Development by the United Kingdom and several other partners, REEEP has developed into a wide reaching NGO that has implemented over 180 projects in 58 countries. Membership is comprised of national and sub-national governments, international organizations, businesses, and other NGOs. REEEP operates as a public-private governance structure off of donor money and serves their mission by providing funding, information, and connector for clean energy solutions. A critique of transnational governance structures and groups such as REEEP is the overall effectiveness. An evaluation of REEEP’s place in global climate change governance and clean energy markets finds that REEEP is indeed effective.

REEEP’s existence is intrinsically linked to climate change, but also goes beyond just the need for energy that is not derived from carbon-intensive sources. REEEP’s support of clean energy markets is focused on three problem areas: (1) the water-energy nexus, (2) sustainable urban transport, (3) energy efficiency and buildings. Through these three areas they are able to provide services to not only increase the amount of clean energy employed in operations, but also to change the market system in the area in question. One service in particular is the portfolio system. REEEP looks for ventures in the clean energy market that they think will significantly alter the market system. They then invest donor funding into the venture. Their claim is that they “measure ROI not in money, but in markets changed.”[2] A claim not backed up by readily available evidence, but implies that REEEP is looking beyond monetary growth and interested in changing the way the market functions.

REEEP is heavily project based and to go into even a wide breadth of them would be a very large analysis. Though one big project known as Reegle is a shining example of the work REEEP does. Reegle is an informational portal for those interested in clean energy. It receives over 220,000 visitors per month and provides information from nation’s energy profile to a clean energy and climate change glossary. They also claim that many of the visitors are from developing nations. 220,000 visitors in a month is a lot. The information gathered in this portal, just for the energy profile, would take hours of work to gather otherwise. For this reason solely Reegle is a great tool. Another successful project was one in which REEEP funded a roadmap for increased renewable energy in China’s Changjiang River Basin (CJR). This project provided over €160,000 in funding to researchers that prepared a report on global and then implemented two technologies in CJR. The project provided hot water for apartment buildings in the region, as well as another example of successful implementation of a clean energy technology.

The question then is, is REEEP effective? Given the breadth of successful and ongoing projects, as well as continued funding I would judge to say yes. Financially speaking REEEP is in good standing and operating within their prerogatives, as judged by a recent Auditor’s Report.[3] An outside assessment of REEEP was conducted during a National Research Council workshop on “Enhancing the Effectiveness of Sustainability Partnerships.” The report, titled Assessing the Role and Relevance of the Renewable Energy and Energy Efficiency Partnership (REEEP) in Global Sustainability Governance found that REEEP is “indeed addressing the goals that it declares.” One criticism was that REEEP focuses attention on the most important emerging renewable energy and energy efficiency markets and neglects the poorer nations, such as those in sub-Saharan Africa. The final judgment though is that given REEEP’s current scale and ability to implement these large projects, it could have “considerable impact in the area of sustainable energy policy.” Given this assessment by those within the NRC and the successful projects that have been implemented thus far, as well as the market impact that can be attributed to REEEP, it is safe to say that this group can be judged as effective. 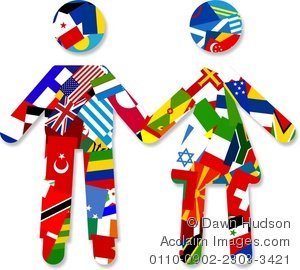