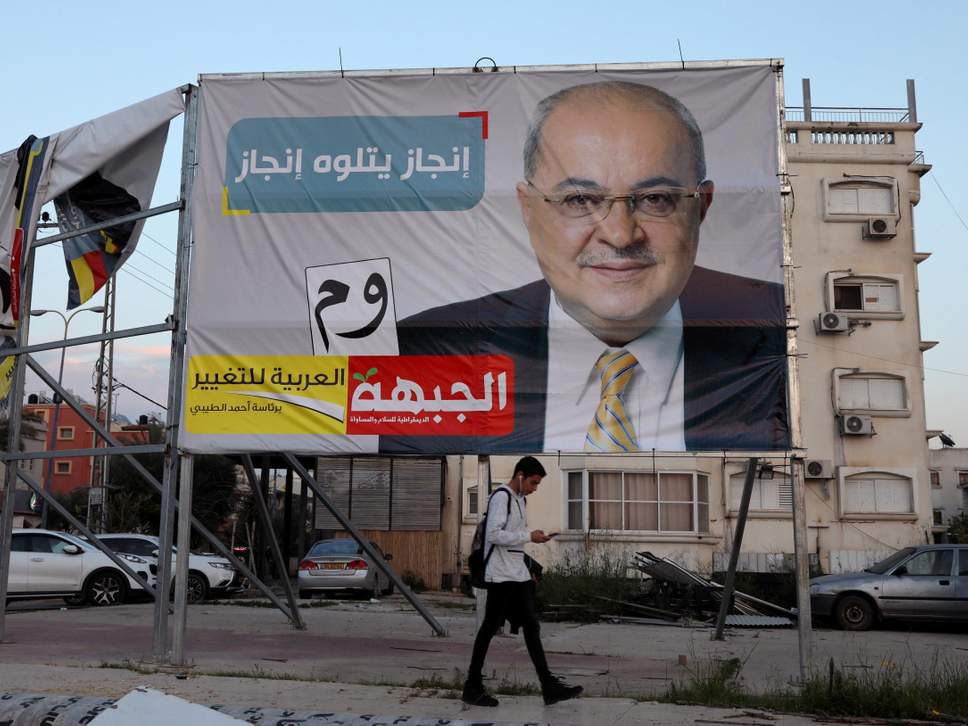 Top image from: The Independent

The Israeli April 2019 snap elections are this Tuesday. Certainly this blog would be amiss to forgo the opportunity to dedicate a post to it. However at the same time, I have been intending to discuss the status of Palestinian citizens of Israel which I have rather notably failed to do. Rather than simply summarizing the state of the elections I will focus on how Palestinian Israelis have received and responded to the coming election.

The run-up to the Israeli 2019 elections have been extremely turbulent. Amid indictments for corruption charges and a powerful new political coalition, tomorrow’s election could mark the end of Prime Minister Netanyahu’s decade long reign as head of government. However one critical factor determining whether or not Netanyahu is able to make a coalition is the turnout of Palestinian Israelis which comprises more than one fifth of Israel’s population. This year, turnout is expected to be markedly low.

According to recent polling, it is expected that only 51% of Palestinian citizens of Israel are expected to vote (Jerusalem Post). While this number may not seem very low (overall voter turnout for the American 2016 presidential election was 58.1% (Penn State)), last election, in 2015, turnout for Palestinian voters was at 63% and even as high as 75% in 1999 (Jerusalem Post;Haaretz). What is the cause for this nearly 15% drop?

The answer is that many Palestinian Israelis who previously voted are planning on boycotting the elections. This reflects both a sense of apathy for the Israeli political process as well as a more active protest against efforts to marginalize Palestinian citizens in Israeli society and failures in their political representation. While there are many different reasons behind this, the two primary events that have led to the current frustration of Palestinian Israelis have been the ineffectiveness and dissolution of the Arab joint list and the enactment of the Nation-State Basic Law.

In mid 2018, Israel passed the Nation-State Basic Law. As a basic law, it is given constitutional status. The basic law reaffirmed many things such as the nature of Israel’s flag, its holidays, and other things, however it also included a number of controversial provisions that some have called anti-Arab and undemocratic. Such provisions include 1c “The exercise of the right to national self-determination
in the State of Israel is unique to the Jewish People,” which would imply non-Jewish citizens do not have that same right, and 4b the demotion of Arabic from an official state language to “special status” (Knesset). While the law had few immediate practical or tangible effects on Israel’s Palestinian citizens, it has the potential to support future laws which would cement the second-class status of Israel’s non-Jewish citizens. As a result of this, Palestinian citizens of Israel have felt more marginalized from Israeli society, and are responding by refusing to engage in the political process. Said in an interview to Israel i24 news, Thebet Abu-Rass, co-executive of the Abraham initiative, said “No doubt that many Arabs will boycott, unfortunately they will boycott the election because of frustration. They think that, following the nation-state law, they are not part of the political game they are not equal citizens” (i24).

In the 2015 elections, Israel’s four main Arab parties: Balad, Hadash, Ta’al, and United Arab List combined to form a single ticket, the Joint List. These parties represent various different ideologies such as communism, Islamism, secularist Arab nationalism, and overall anti-zionism and non-zionism. The result of this unification was remarkable: 82% of the Palestinian-Israelis who voted did so for the Joint List resulting in the Joint List attaining an unprecedented 13 Knesset seats, making them the third largest bloc after Labor. However, to a voter, parliamentary seats are only as good as they are used to represent their interests. One of the consequences of the combined ticket was a greater focus being given to navigating the ideological and structural conflicts of the different parties within the caucus. Many Palestinian Israelis perceived this as coming at the expense of effectively representing them and their interests in knesset. Indeed Yousef Jabareen who was elected to Knesset as part of the Joint List explained, “We did not bother to stay in touch with our constituency,” he admits. “We were too preoccupied with the internal issues of the Joint List and therefore did not deliver enough or failed to answer the high expectations of the Joint List” (i24). This has had the effect of dissuading Palestinian Israelis from regarding the Knesset as a worthwhile means of affecting change.

Additionally, for this election, the four parties making up the Joint-List dissolved into two blocs, Hadash-Ta’al and United Arab List-Balad. The former is secular and relatively moderate (with regards to Palestinian nationalism, Hadash is a communist party) and the later places a larger focus on Islamism and Palestinian nationalism (Haaretz). While Hadash-Ta’al is expected to pass the minimum electoral threshold of 3.25% of the vote (4 seats), polls show United Arab List-Balad on the edge (Haaretz).

Many Palestinian Israelis have based their decision to boycott not on apathy or a sense of despair, but rather as a matter of practicality. Some regard attention being given to an ultimately ineffectual knesset as being wasted on more productive grassroots “popular struggles” (+972). Others regard voting in Israeli elections and the existence of Arab parties in an Israeli government as legitimizing the oppressive colonial state and undermining decolonization efforts by Palestinian Israelis. According to a post by the Popular Campaign to Boycott the Elections of the Zionist Knesset, “Arab political parties are engaging in Israel’s colonial system and are undermining the real basis for liberation from colonialism, through the development of an alternative that involves all political, social, and economic tools” (+972)

On the other hand, many prominent figures in the Palestinian Israeli community have called for Palestinians to vote. Palestinian-Israeli rapper Tamer Nafar in his song released days before the election “Tamer Must Vote,” urges Palestinian citizens of Israel to regard voting not as a recognition of the legitimacy of the state, but as means to make their voice better heard. “It doesn’t make sense for me to give up a tool when I hardly have any tools” he says in the song (Youtube.com; AP News).