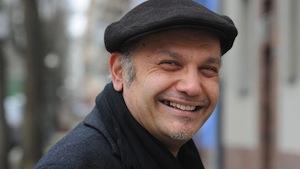 There will be a public reading of Turkish-German Writer Zafer Senocak. Reading in German with English translations projected simultaneously.

The German Department is currently hosting a writer-in-residence with generous support from the Max Kade Foundation. Zafer Senocak was born in Ankara, Turkey in 1962 and moved to Germany as a child. He has now become a leading voice in the German discussions on multiculturalism, national identity, and a mediator between Turkish and German culture. He has published widely in different styles: poetry, essays, novels, but also as a journalist and editor. He has received numerous prizes and his work has been translated into many languages. A book of poetry “Door Languages” and an essay collection titled “Atlas of a Tropical Germany” was published in English.