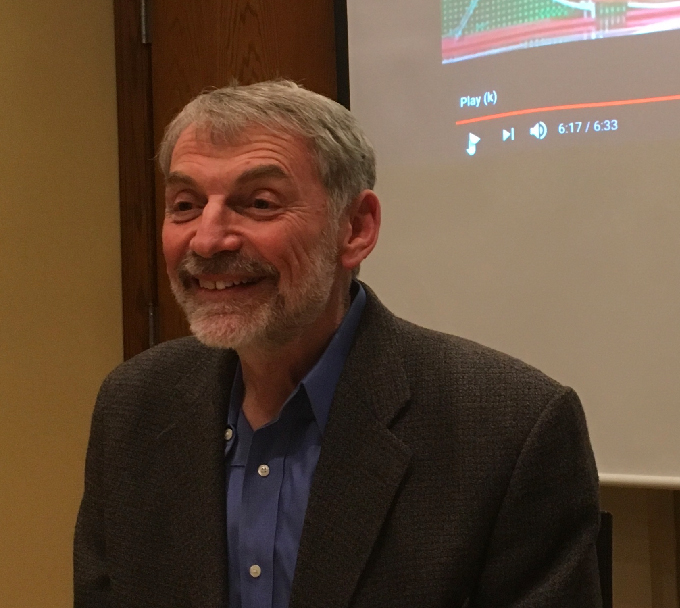 On a cold Monday evening, Dickinsonians crowded into the first floor of the Asbell Center to hear Prof. Gabriel Finder speak on the limits of Holocaust-inflicted humor. Starting his talk with a couple of Jewish jokes from the Nazi-period, he then turned to Jewish comedians after the Holocaust and discussed the term “Holocaust-inflected humor”. To define the limits of such humor today, Prof. Finder showed clips from US Jewish comedians Amy Schumer and Larry David as well as the German Jewish comedian Oliver Polak. Students and faculty contributed to the analysis of the clips as we all considered when jokes go too far and when they are quite funny.

Prof. Gabriel Finder is Associate Professor in the Department of Germanic Languages and Literatures and Ida and Nathan Kolodiz Director of Jewish Studies at the University of Virginia. His talk was an introduction to a fascinating global topic. If you are interested in humor after the Holocaust, please note that Dr. Finder’s edited volume Laughter After: Humor after the Holocaust will be available from Wayne State University Press in April 2020.

Co-sponsored with Judaic Studies and the Asbell Center. Thanks to our colleagues Andrea Lieber, Nitsa Kahn, and Rabbi Marley Weiner.

A special thanks to Dickinsonian Hillel Finder for letting us know of his father’s work and facilitating the connection.