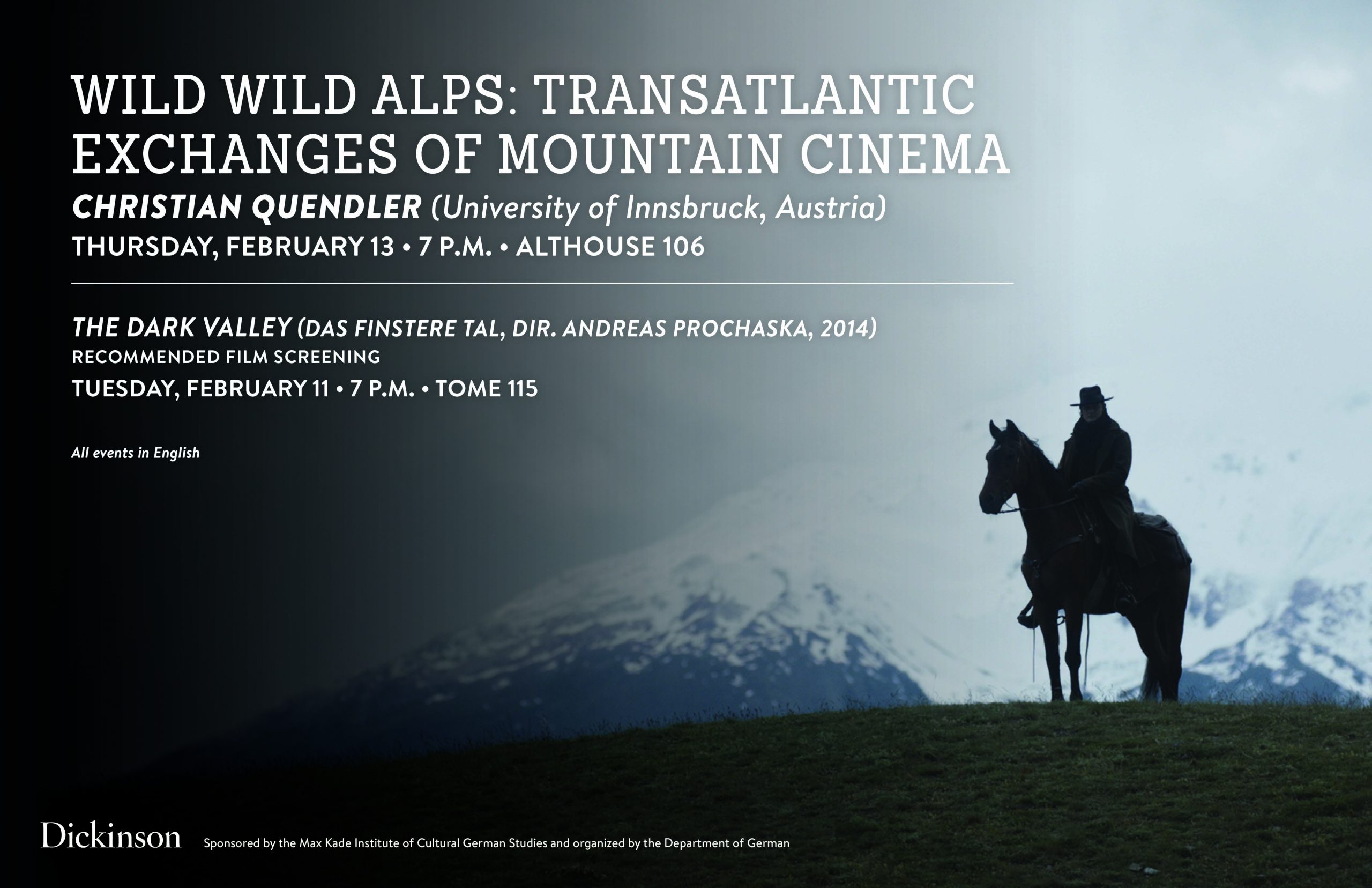 It’s a semester for Austrian culture! Prof. Kamaal Haque is teaching Austrian Film, Literature, and Culture, our film series will highlight Austrian film, and we are hosting a week of events on the Wild Wild Alps with visiting scholar Christian Quendler from the University of Innsbruck.

During the week of February 10, Prof. Quendler will visit courses in German and Film Studies, screen the 2014 film Das finstere Tal (The Dark Valley) directed by Andreas Prochaska, and give a public lecture. His topic “Wild Wild Alps: Transatlantic Exchanges of Mountain Cinema” explores the US-Austrian history of representation of mountains in film. Highlights will include the work of Billy Wilder, Erich von Stroheim, and Ernst Lubitsch with some references to Luis Trenker and Laurel and Hardy. His question: How has the US-American view of mountains become visible in representations of the Alps? A lecture sure to be of interest for a large community of Dickinsonians and open to the general public as well.

All events are in English.

Associate Professor Christian Quendler is Deputy Chair of the Department of American Studies at the University of Innsbruck. His research and teaching focuses on theories of literature, culture, and media, narratology, intermediality, 19th- and 20th-century American, British and German literature as well as all aspects of Film Studies.