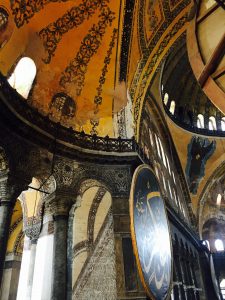 I was born and raised in Pakistan; a country home to one of the largest Muslim populations in the world. Like in other predominantly Muslim majority countries, Muslims in Pakistan follow Islamic traditions, and incorporate Islamic practices and teachings into all parts of their lives. Muslims in my home country comprise a number of sect where majority practice Sunni Islam, while a small population practices Shia Islam. Apart from these two groups, Sufism and Ahmadiyyah are also two sects in Pakistan.

Coming from a Sunni Muslim household in Pakistan, it won’t be wrong to admit that understanding the MENA region in terms of religion will be comparatively easier for me as most people in the region belong to the Sunni sect of Islam. However, when it comes to culture, in my opinion every country possesses a different culture. Not just country, in fact different cultural groups in a country can have distinct cultures, values, beliefs, and mind-sets too.

Having been to Turkey, Saudi Arabia, and United Arab Emirates before, I can easily state that each country I visited, possessed its own unique culture, even though majority of the population in these three countries follows the same religion, Islam. Moreover, it is interesting how even within a national culture, there are often distinct regional cultures – Pakistan is a great example of diverse cultures all living within the same physical borders. Some of these regional cultures include Punjabis, Sindhis, Baloch, Pashtuns, Kashmiris, Hazaras, Makranis and Baltis.