What I found interesting about COP26 is the length of time and the slow progress it has taken thus far in achieving some of the goals that have been set out, like reaching net-zero carbon emissions by the middle of this century. I do acknowledge that throughout COP26 there has been some progress made, such as the signing of the global methane pledge by over 100 countries. However, there had been other topics, like displacement which has enlarged inequality gaps, that hadn’t been discussed. Furthermore, the allocation of financial resources seemed to be a repeating factor that hindered many nations – especially those viewed as developing nations-  from coming together to achieve the environmental goals set out for COP26. Many scientists have argued that there isn’t much time left to prevent irreversible environmental changes. Much of the power to prevent such irreversible changes lays in the hands of global leaders. Yet with the way COP26 ended many people are disappointed. It had been expected for discussions between global leaders to continue after the last day of COP26. Be that as it may, the conference of parties has been going for too many years. Climate change does not wait, and neither should world leaders when it comes to tackling climate change.

When comparing nuclear energy to other sources, I believe that nuclear energy seems to be an adequate source of energy for the moment. I recall that one of the advantages of nuclear energy is that it has a low greenhouse emission rate, compared to that of coal or natural gas. Additionally, nuclear energy is a reliable energy source since it does not have to rely on external factors that fluctuate, like the sun or wind, in order to produce energy. However, one of the downsides of nuclear energy is its radioactive waste that contains hazardous substances which have made its transportation challenging and have led to some accidents. Moreover, although nuclear power plants produce cheap electricity, the initial cost of constructing nuclear power plants is extremely expensive. This acts as a barrier when it comes to wanting to construct more nuclear power plants. All in all, although I’m not as knowledgeable on nuclear energy, I believe that nuclear energy could be reliable in the short run, however, there still needs to be more technological development to help it become a sustainable and principal form of energy for the long run.

The news source I chose was Vice. The reason I chose this was that in high school my Environmental Engineering teacher consistently referred to their articles when it came to learning about current environmental events and analyzing environmental issues. Hence, I wanted to have a better understanding of the possible reasons why my teacher specifically used Vice the most when it came to learning about environmental issues. When investigating the bias of Vice, I learned that they are principally focused on a progressive liberal perspective that’s left-centered. Likewise, I learned that they tend to have an anti-Trump tone interwoven within their news writing. This can be seen even after Trump was no longer president in one of their most recent articles called, Doctors Are Injecting Bleach to Treat COVID in Bolivia. Yet, overall they are ranked as “mostly factual” because when it came to Vice’s fact-checking that was a sector in which they failed, according to the media bias website. Further, when investigating more about Vice, I was surprised to learn that they were accused of sexual harassment and misconduct of their female employees. Assuming that Vice principally supports liberal causes, as it was highlighted on the media bias website, I recall in the past reading some of their articles that seemed to have disapproved of the issue of sexual harassment and misconduct of women in the workplace. However, for this to be happening in their offices astonishes me as I thought these would be issues they would try to prevent in their own workplaces.

Some may argue that cutting down the usage of cars and gasoline shouldn’t be a key concern to focus on at the moment. For those who agree with this position, it has been highlighted that the usage of gasoline helps benefit the economy and that switching to electric vehicles as an immediate substitute for cars may be challenging for others to immediately purchase as a result of its expense. While this may be true, by continuing to use cars and gasoline, in the long run, the consequences these two factors produce may outweigh the immediate pros for numerous people. Hence, when it comes to the car and gasoline issue, I feel like their usage should be cut in order to help reduce – and if possible prevent  – future catastrophes. To start off, the major reason I chose the position of the need to cut the usage of cars and gasoline is due to car emissions burning fossil fuels – like gas – which has become a significant cause of climate change. The burning of fossil fuels is one of the main contributors of carbon dioxide as it has been found in the exhaust of cars. Yet, though carbon dioxide already exists in the atmosphere, more carbon dioxide has been released into the atmosphere mainly because of the rise of people driving cars. This has led to a slowing process of natural carbon sinks being able to remove carbon dioxide from the atmosphere due to its fast build-up; has further led to carbon trapping in more heat in the atmosphere. Thus, the increased usage of cars has become a critical factor that has helped lead to climate change. From sea-level rise to odd weather patterns to increased forest fires – climate change affects everyone. Not only are there environmental consequences that come with climate change but there are also socioeconomic challenges that arise like food scarcity due to extreme droughts. Using this as an example, situations like these have in some cases led to conflicts within and between communities. Last, but not least the burning of emissions from cars has also been linked to being a catalyst for many health problems that people have, especially in major cities. These health problems range from worsening conditions of cancer to a rise in asthma and bronchitis cases which have gone downhill for those who already suffer from these conditions. Although it may be easier to focus on the immediate benefits of continuing the usage of cars and gasoline, the long-term impacts and consequences must be taken into account. This doesn’t mean that cars and gasoline would be removed permanently. Instead more action would be focused on finding more sustainable energy sources and discovery of new and improved car models which may better benefit humanity, our environment, and future generations to come. 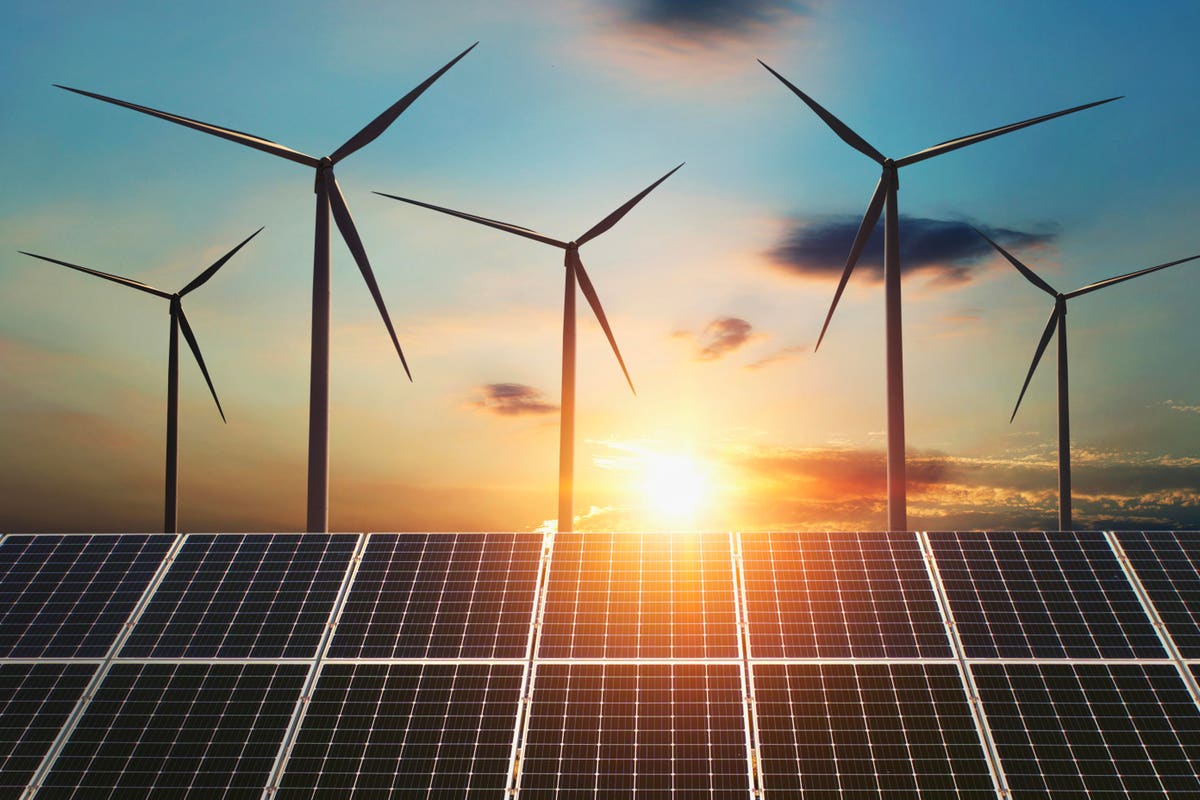 The climate will change until the sun is extinguished and all life on Earth will vanish.

According to the letter “Electric energy vs. fossil fuels”, it was highlighted that in 2017 the United States derives 3.1 percent of its energy from wind and solar energy (Aug.7). However, in 2012 we were deriving 1.6 percent of our energy from renewable resources. Under those circumstances, if the contributions of wind and solar doubles every five years, how long will it take for it to replace most other forms of energy?

Coupled with this, the letter accentuates that the Earth’s climate has been changing forever – which is true. Alterations in climate can take hundreds to millions of years, and climate change can be a change in the Earth’s climate or a change in weather for a particular area. Yet, the main factors in climate change are small, predictable changes in the Earth’s orbit that alter the amount of sunlight striking the Earth, and the greenhouse gases in the atmosphere. For example, orbital changes predict that Earth should be slowly cooling over the next 20,000 years. While on the other hand, there is evidence that the Earth’s temperature is rising instead of cooling. This can be seen when it comes to the concentration of carbon dioxide in the atmosphere. Carbon dioxide – a greenhouse gas that is more abundant and lingers in the atmosphere for a longer time – has risen by 40 percent in the last decade. It is distinctly the most probable cause of the observed global warming that has been more directly and negatively impacting the daily lives of numerous people around the world.

The climate will change until the sun is extinguished and all life on Earth will vanish. Nevertheless, life as we know it will vanish much sooner if we do not curb our carbon emissions by becoming better informed on global warming and on the proactive daily actions that can be done.

What I’ve Done Today So Far

Today I woke up at 6 a.m. and got a smoothie for breakfast. After that, I went to the library with my friend.