The Media in Iran and Israel

The status of the media in Iran and Israel is near antithetical, similar to their systems of governments. Iran currently experiences some of the harshest crackdowns on media reporting seen in the region. Much of this is due to the governments control of the media and journalism as a whole. Journalists specifically are a main target of the Iranian media as they are consistently victims of intimidation and prison sentences (Iran Profile – Media). Such acts of both pre-censorship and post-censorship have created a state in which nearly all forms of journalism are framed in favor of the government . Furthermore, such censorship occurs on the state run television as well. Opposing political opinions are rarely if ever broadcasted on televisions across the nation. In addition Iran “has a record of airing confessions extracted from political prisoners under duress, and it routinely carries reports aimed at discrediting dissidents and opposition activists.” (Iran: Freedom ) These restrictions on the media have lead to a near fully state run media which opposes the direct freedom of its people and frames the media perception in its favor. 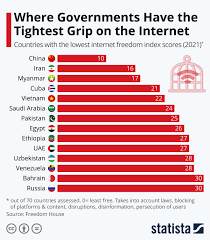 In contrast, Israel has a media system similar to most Western nations, making it one of the only nations in the region to have free media. However, there is still censorship present in the nation. Any news regarding the military must be approved and allowed for publication. The reasoning for this is typically cited as security measures. This reasoning also applies to some international journalists who try to enter Israel and report on events taking place in the state. Typically the journalists denied entry have priorly been critical of the state of affairs in the nation(“Israel: Freedom). Additionally, Arab and Palestinian reports encounter difficulties in reporting due to the ongoing conflict present between the nations. Much of these difficulties are rooted in societal pressure and subsequently end in self or pre-censorship. Additionally, there is pressure from politicians in the form of anti-media smear campaigns. Much of this is centered around journalists that report in both the Gaza Strip and the West Bank. However, much of this is difficult to fully censor due to the pluralist aspects of the media as a whole (Israel).

“ Chart: Where Governments Have the Tightest Grip on the Internet .” Statista, https://www.statista.com/chart/3033/internet-freedom-index/. Accessed 19 Sept. 2022.“