What Media Would I Choose in Times of Uncertainty?

In the event of political unrest in Iran news would be of the utmost importance and would be extremely challenging due to mass media censorship and internet firewalls.

In Iran, my main method of accessing media would be on the internet through VPN (Virtual Private Network) usage. As seen with the recent protests over the death of Mahsa Amini, VPN usage has soared as result of government crackdown. As reported by Ryan Browne for CNBC as of October 6, 2022 VPN usage is 1,991% higher than average in the country. Such a method of bypassing the internet shutdowns and firewalls is arguably one of the best options to bypass and blockages. Unlike the usage of Satellite television or radio usage, VPN usage is concealable visually as well.

Ideally, the usage of a VPN would allow the user to access any information from a variety of opinions on the internet. In particular, accessing media from a news source which covers the Middle East or  Iran specifically would be the optimal source to acquire information from. Additionally, if I were be under such scenario I would turn towards more activist centered social media. Due to the possibility of activists being on the front lines leading or participating in protests, it would be vital get information from them. One such platform that could be ideal in gaining access to activist media would be Twitter. Twitter is a hotbed for activist media and with a simple search could show a plethora of videos and news stories from both inside and outside of Iran. On my own Twitter, the use of a simple search using the keyword “Iran” I was able to see videos of protest as well as the police crackdown on the protestors. 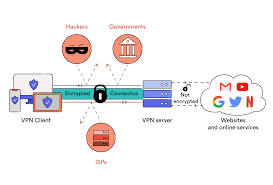 One response to “What Media Would I Choose in Times of Uncertainty?”