Prior to this semester I was relatively ignorant to the role in which mass media played in my life as well as in the lives of others. Often, I would overlook the effects that the mass media had on populations, but also the effects of controlling media. Now, I realize the true wide reaching effects of the media across the MENA region and my own life as well. Mass media plays a crucial role in the function of states and the stability of states as well. If media ceases to do its job the entire populace loses touch with the society which its in. Due to this, I now believe that mass media proves to be one of the most important aspects of a functioning society. Additionally, mass media can be a spark plug for change. There are countless examples within the MENA region that demonstrate the need and impact of mass media whether it be the “Arab Spring” or the ongoing Mahsa Amini protests in Iran. These effects are widespread throughout the region, but also globally. Within my own society, my perception of mass media has changed as well. Despite the challenges in our current media landscape, I am thankful to live in a multipolar media environment. 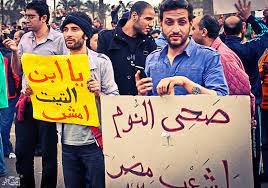 Globally, journalism is a great contributor to society. Overall, journalism contributes much more good to society than it hinders society. Journalists are the backbone of groundbreaking news as well as provide necessary information to citizens. Without journalists, citizens would be uneducated on the daily happenings of their own governments. If done properly, journalists will provide an effective check and balance on the government by informing their citizens. They will be able to root out corruption and expose any wrongdoings. Additionally, not all journalists need to act in this manner. By having journalists take place in activism and investigations journalists are able to cover a wide range of subject of matter important to their citizens.

Overall, I found the class truly eye opening to the function of media in not only the Middle East and North Africa, but the world. Prior to this class I was very unaware of how the media operates, but also how it is controlled. I look forward to exploring this topic much more in the future.