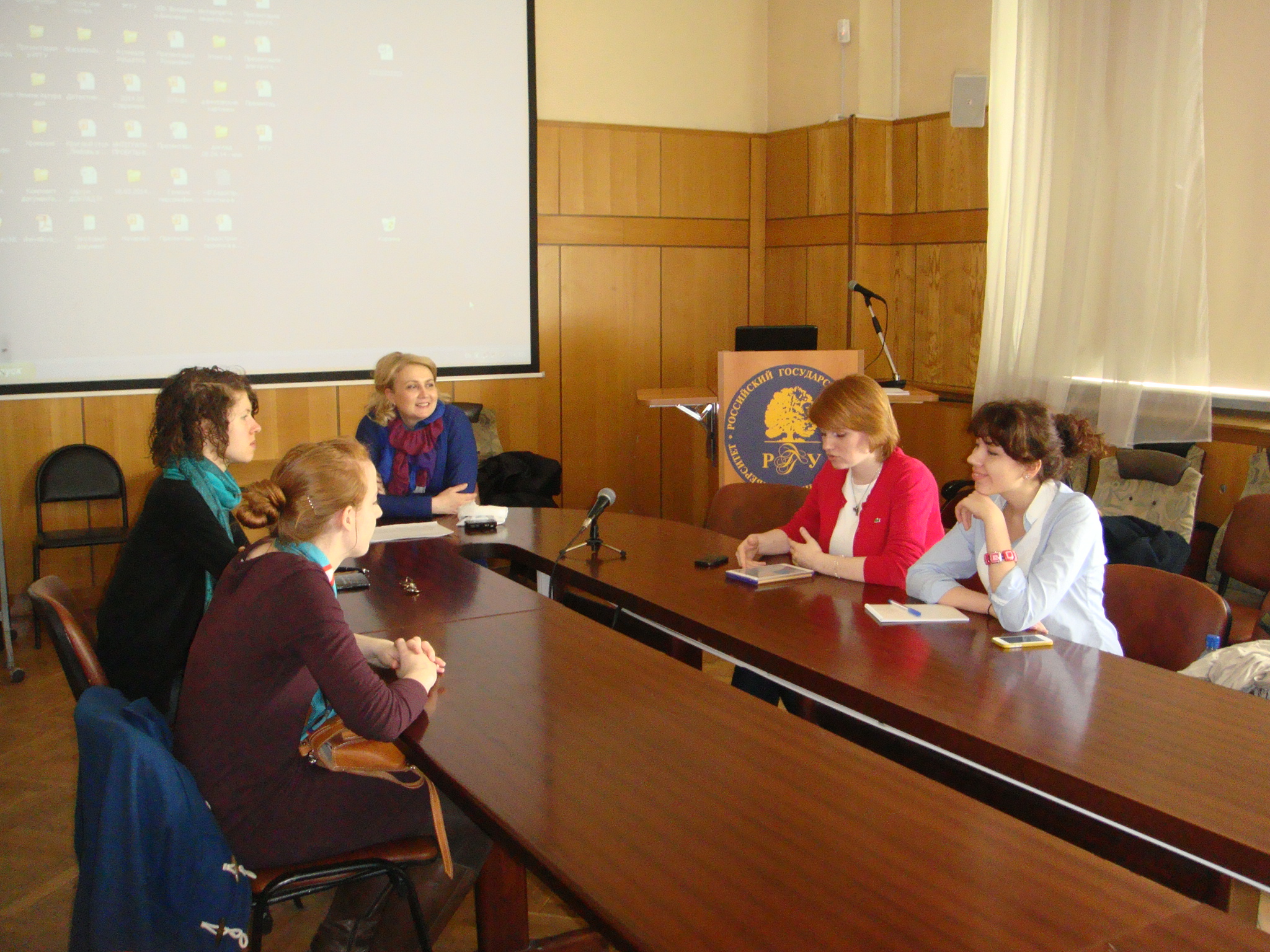 On April 17, 2014, Dickinson-in-Moscow students Mackenzie King ‘15 and Caroline Elkin ‘15 participated in a discussion with Russian university students about social problems that face the citizens of both countries.

For Mackenzie, “it was interesting to see what problems we had in common and to meet young students who are enthusiastic about addressing those problems.”

While in Moscow, Dickinson students frequently have the opportunity to engage both socially and academically with Russian students, including at scholarly discussions, at conferences, by taking classes together with Russian students (usually during the second semester abroad), or through volunteer work and internships.