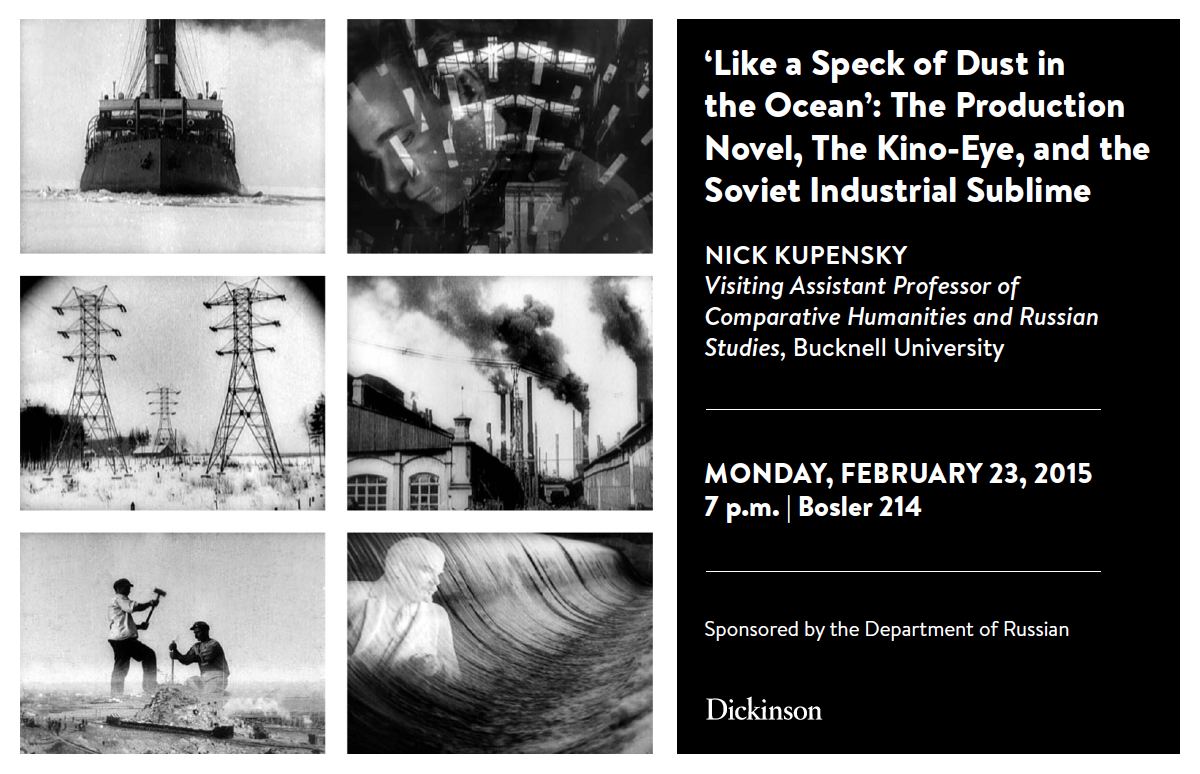 Visiting Assistant Professor of Comparative Humanities and Russian Studies at Bucknell University will be giving a lecture tonight, Monday, February 23rd, 2015, entitled “Like a Speck of Dust in the Ocean”: The Production Novel, The Kino-Eye, and the Soviet Industrial Sublime. He will discuss how the Soviet Union’s first “Five Year Plan (1928-1932),” a frenzied industrial revolution, provoked a crisis in artistic representation. Comparing examples of sublime language in XVIII-century Russian poetry with descriptions of factories and proletarian masses in Soviet novels, Kupensky will demonstrate the centrality of the concept of sublime to Soviet literature in the early years of socialist realism. Authors such as Fyodor Gladkov changed their artistic practices in search of strategies to adequately and accurately represent the superhuman size, speed, and significance of the Soviet industrial revolution. While the feeling of the sublime traditionally has been associated with the difficulty of understanding the might and magnitude of God or Nature, the Soviet 1920s and 1930s produced a unique version of sublime experience that came from the encounter with hydroelectric dams, manufacturing plants, and steel mills.