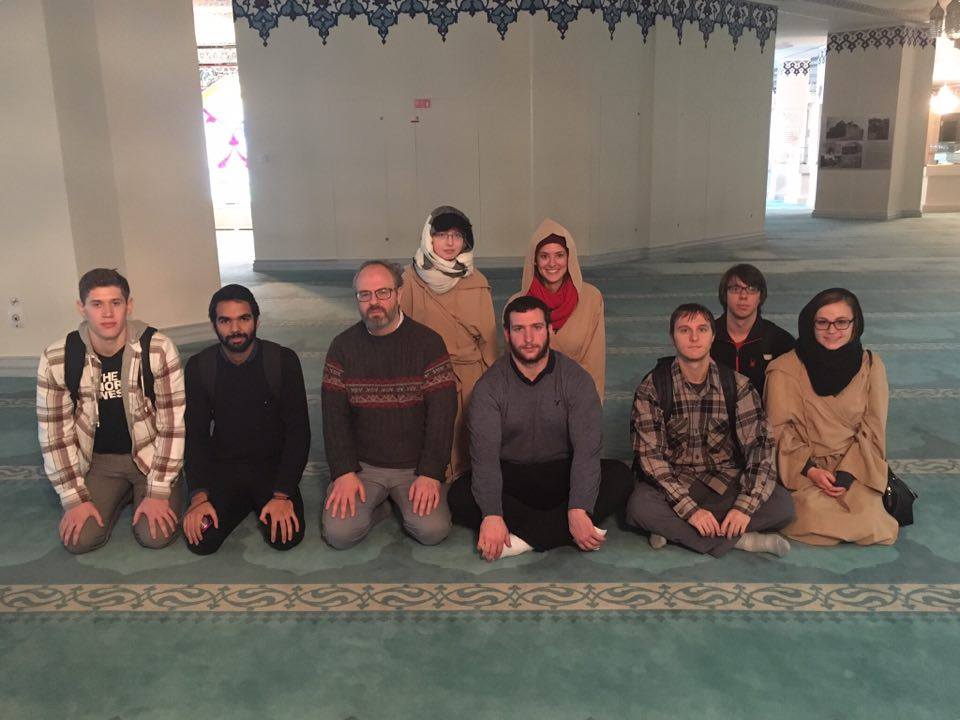 This past week Dickinson-in-Moscow students took a field trip to the largest mosque in Russia. The visit was part of one of their core classes, “Russia Today,” taught by Prof. Dominic Rubin. Prof. Rubin accompanied them to the mosque, where they went on a tour.

Erhaan Ahmad’18 (a participant of Dickinson-in-Moscow Program, from Grinnell College) commented: “Our excursion to Russia’s largest mosque was a fantastic way to tap into the heart of the Russian identity. As part of our “Russia Today” course  we have been exploring the meaning of this identity, by looking at it’s history and culture. The Muslim component of Russia is a very large, and often overlooked,  aspect of what it means to be “Russian”. In that respect, this excursion helped us understand the links that Russia has to the world Islamic community- the mosque having been built by Turkish architects, and decorated in a Turkish style. Furthermore, learning about the way the role the mosque played in allowing communities to meet and individuals to worship during the soviet era gave us an insight into the social climate of this period”

Fiona Burke’18 said: “Not only was the building architecturally and aesthetically gorgeous, but it was also an interesting change of pace from regular class, where we’ve been discussing the Muslim influence in Russia.”