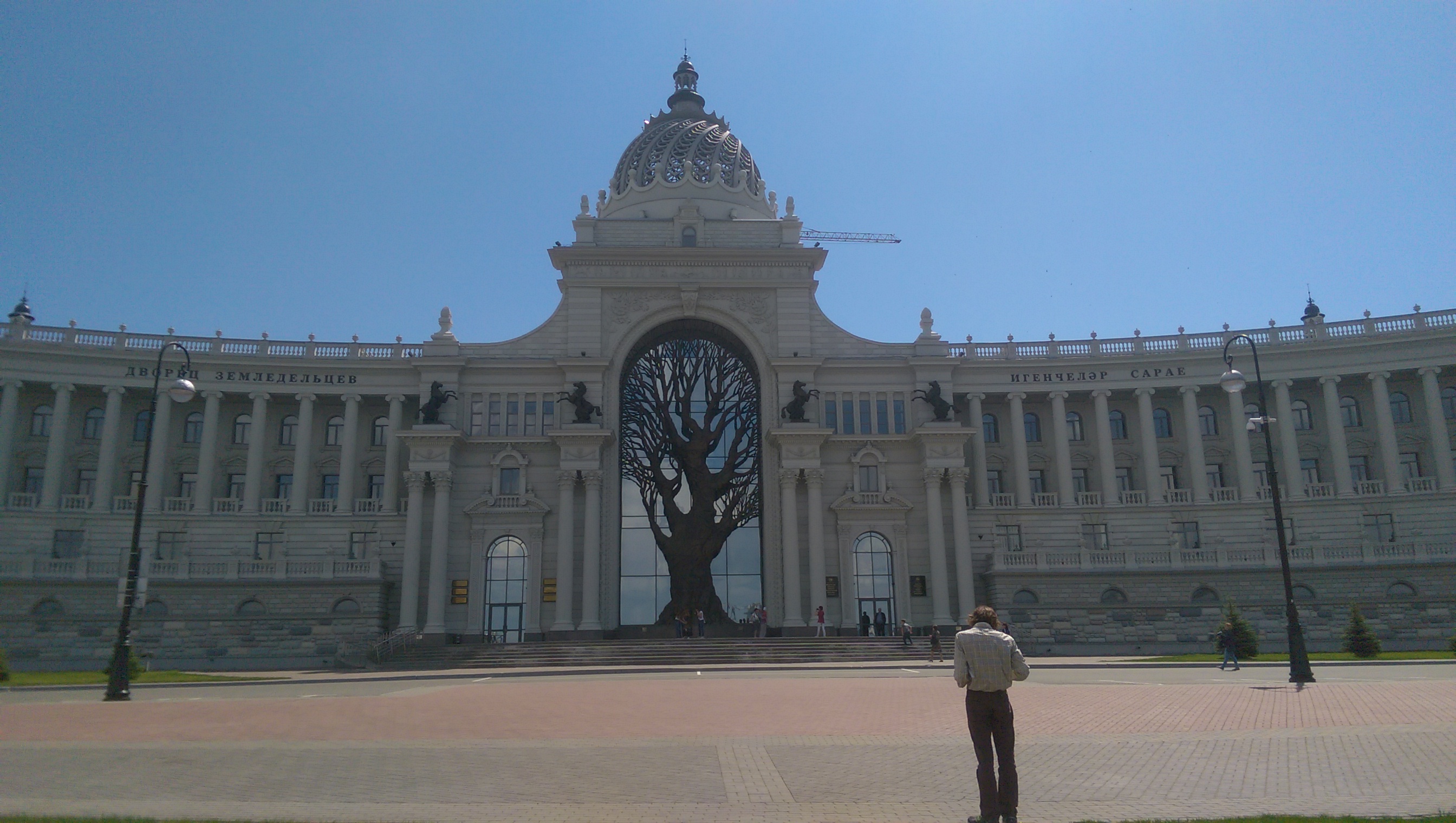 Joseph Galla ’18 (Russian and International Studies) spent the 2016-2017 academic year studying abroad on the Dickinson-in-Moscow program. After the end of his spring semester, he and a fellow Dickinsonian traveled the Trans-Siberian railway for three weeks, across Russia and into Mongolia.

My name is Joseph and I am a senior Russian and International Studies major. Last year, I wrote two articles for this blog, talking about my experiences as a student in Moscow. This time, I am going to be speaking as a tourist … kinda. In summer 2017, my friend and I travelled the Trans-Siberian railway across Russia after we had finished our programs in our respective countries, he in France and I in Russia. Here I’ll be focusing on the Russian portion, which took us about three weeks, including the stops we made and the time on the trains. The Trans-Siberian starts (technically) in Moscow and goes all the way to the eastern coast of Russia, ending in the Pacific port city of Vladivostok. On a train, that’s about 7 or 8 days of non-stop travel.

Our first stop was in St. Petersburg, where we stayed with a friend for five days. We saw all the major attractions: the hermitage, church of spilled blood, St. Isaac’s Cathedral, Peter and Paul Fortress, and a small portion of the Peterhof Palace outside the city. The most interesting part was having dinner with our friend’s mother, who spoke barely any English, and so I was able to play translator. The next day we caught a train to Moscow.

Once we arrived in Moscow, we met up with other Dickinson students. We visited the Tretyakov Gallery and had dinner with Ivan, one of the Dickinson-in-Moscow host parents. Unfortunately, we were only in Moscow overnight and I couldn’t manage to take my friend to the Kremlin, since it was mobbed and the Ivan IV bell tower wasn’t open at the time either.

Our next stop was Kazan, which is considered the center of Islam in Russia. There were churches and mosques right next to each other in the Kremlin of the city. Christianity and Islam have long histories of beautiful architecture there. We also visited the Museum of the History of the Republic of Tartarstan. We spent our time mainly walking around and seeing the city and its buildings.

After Kazan, we had three days of train travel to Irkutsk. We arrived early in the morning, at about 3 AM local time. We slept through about half the first day, so we just meandered around the city looking at different local attractions and stores. We also visited Lake Baikal, the oldest, deepest, and biggest fresh water lake in the world. There wasn’t much to do at the lake since it was freezing cold, it was about to rain, and the town we were dropped off was really just restaurants, but it was completely worth it all the same.

While on the train we slept a lot, since it was difficult to tell exactly what time zone we were in and there wasn’t that much else to do. Trying to keep occupied on the trains was one of the more difficult tasks, since options are limited. We spent our time talking, listening to music, and sometimes talking to Russian travelers. Talking with people was interesting for sure, and the number one question I was asked was, “What in the world are you doing all the way out here?” Overall, people were interested to talk to Americans since not that many travel the Trans-Siberian or even go to Russia in general. Just speaking with people was insightful on its own, since everyone had a different background and was eager to talk.

The next destination was Ulan Ude, where we only stayed overnight to catch a 13-hour bus into Mongolia. Fun fact about Mongolian: they use the Cyrillic alphabet like Russian, but the language is in no way similar to Russian. After our two days in Mongolia we returned to Ulan Ude, where we caught a train to Vladivostok. The trip to Vladivostok took us another three days of travel.

If anyone is interested in seeing a large part of the world in a very unique way, I would very highly recommend taking the Trans-Siberian railway. The terrain is diverse, as is the flora and fauna. Most of the people are very welcoming and inviting, and the food is also delicious as well as unique. Some things to note: one will absolutely need Russian to do this, since English was barely spoken outside of St Petersburg and Moscow. Also, be warry of people offering you rides, as we had some trouble with overcharging us. Despite this, it is absolutely a journey that I very highly recommend!