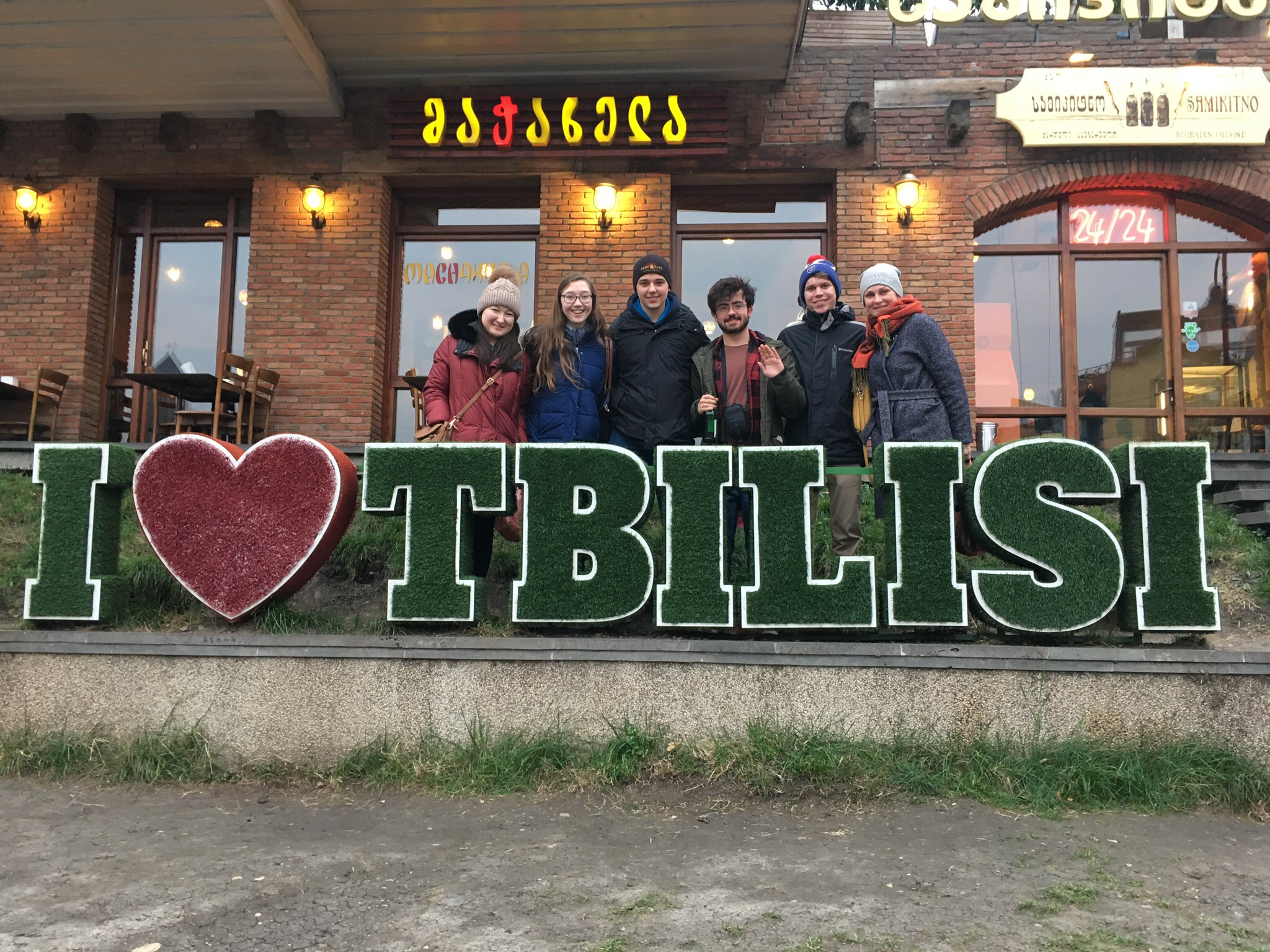 As part of their “Russia Today” course, in fall 2017 Dickinson-in-Moscow students participated in a module with Russian students called “The History of the Commonwealth Independent States.” Dickinson students got to take a trip to one of these post-Soviet states — Georgia — in early December 2017 to experience the culture, history, and language firsthand.

Russian and Economics major Julia Isacson ’19 said: We received such wonderful hospitality and generosity from the native Georgian people and we spoke only Russian, although it was great to get to know some Georgian words and phrases.

Dana Damenova ’19 added: We were taught how to make Georgian bread in a real stone oven and skewer meat on a metal stick and cook delicious shish kebab.

Earth Sciences major William Irving ’19 shared: It was such an interesting experience to encounter a new culture and compare the similarities and differences between Russian, Georgia, and the US.