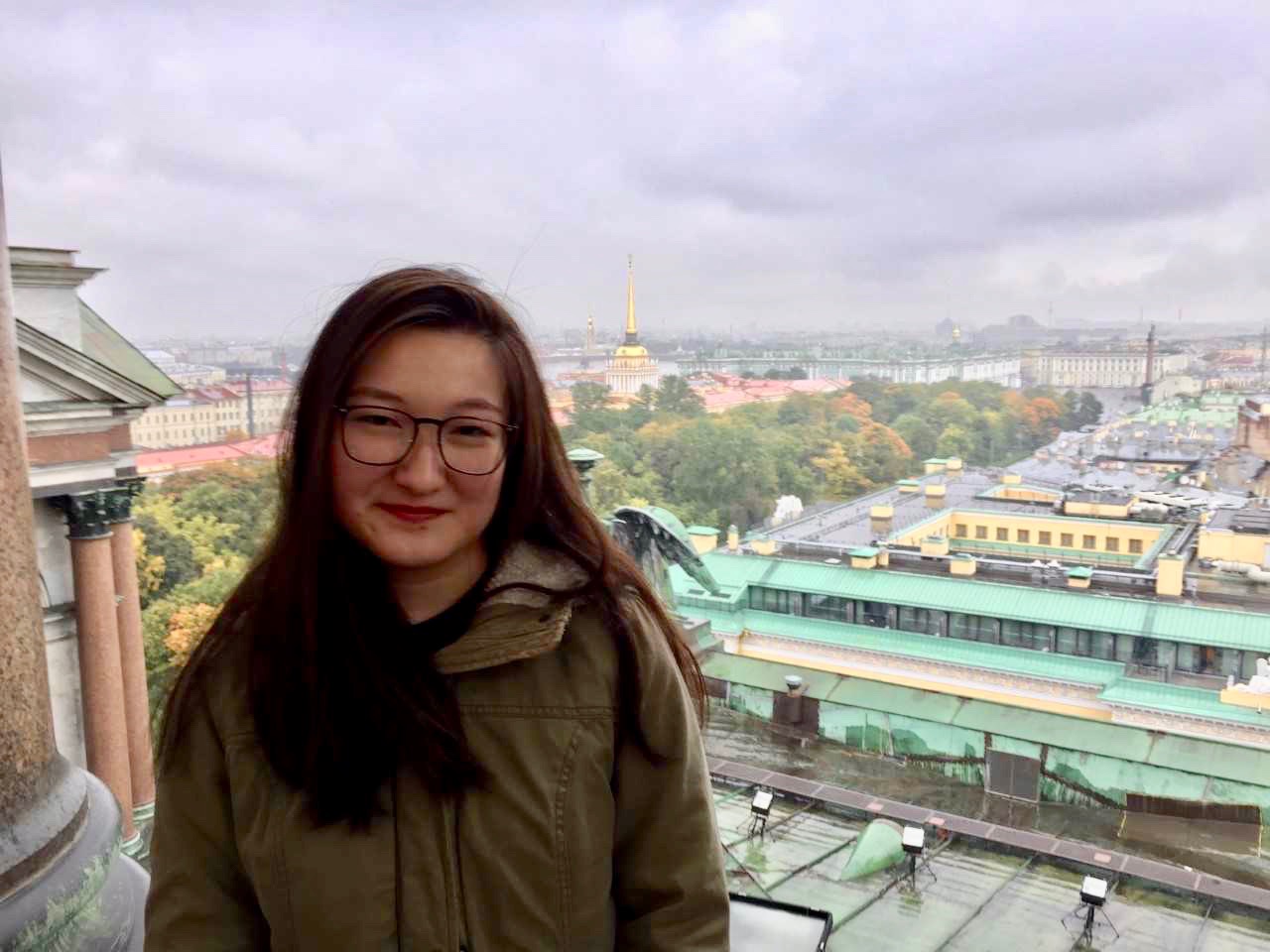 Dana Damenova ‘19 is a Russian and International Business & Management double major who studied on the Dickinson-in-Moscow program for the fall 2017 semester. Dana’s family emigrated from Kazakhstan when she was five and she grew up speaking Russian at home. During the 2016-2017 academic year, Dana conducted research on the childhood experiences of first-generation Americans born to immigrants from post-Soviet countries. You can learn more about her research project here: https://americantsy.wordpress.com/

Upon returning from her semester abroad in Russia, Dana answered some questions about her experiences in Moscow.

After learning about the history of Russia and Moscow for so long, it was surreal to visit all of the historical places throughout the city. I particularly remember feeling excited when we went to see the opera “The Tsar’s Bride” at the Bolshoi Theatre. I have always heard so much about the theatre, and it was truly amazing to finally see it.

Since I started formally studying Russian, I often have had to explain that I was a heritage speaker and then justify my choice to study the language. This became more challenging while I was abroad, where I had to do this constantly. In Moscow, I primarily interacted with people face-to-face. Since my speech and comprehension skills are considerably better than my writing and grammar skills (as is the case for many heritage speakers), people often assumed I was completely fluent. While I understand why people were curious, it was sometimes frustrating to explain myself so frequently. Still, I knew that I had made the right decision. Constantly being surrounded by Russian was exactly what I needed to reach the level that I wanted. I would recommend an immersion program to any heritage speaker who wants to improve their Russian.

Naturally, courses designed for fluent Russian speakers were more challenging than my other courses. This is especially true for the business course I took at the Higher School of Economics, one of Dickinson’s partner institutions. As I have had very little exposure to Russian business terminology, I was quite intimidated from the start. Once I began to ask for help to understand certain concepts from both the professor and other students, things became significantly easier. In addition, the professor was very understanding after I explained that I was a foreign exchange student with limited Russian.

Ultimately, my time in Russia has helped me better understand my parents’ Soviet heritage as well as post-Soviet culture in general. Since the USSR collapsed several years before I was born, I primarily identify with the United States and independent Kazakhstan. Inevitably, both of these cultures heavily influenced my expectations of what Russia would be like. My biggest advice to anybody with a similar background would be to keep an open mind and use this experience to better understand your family history.