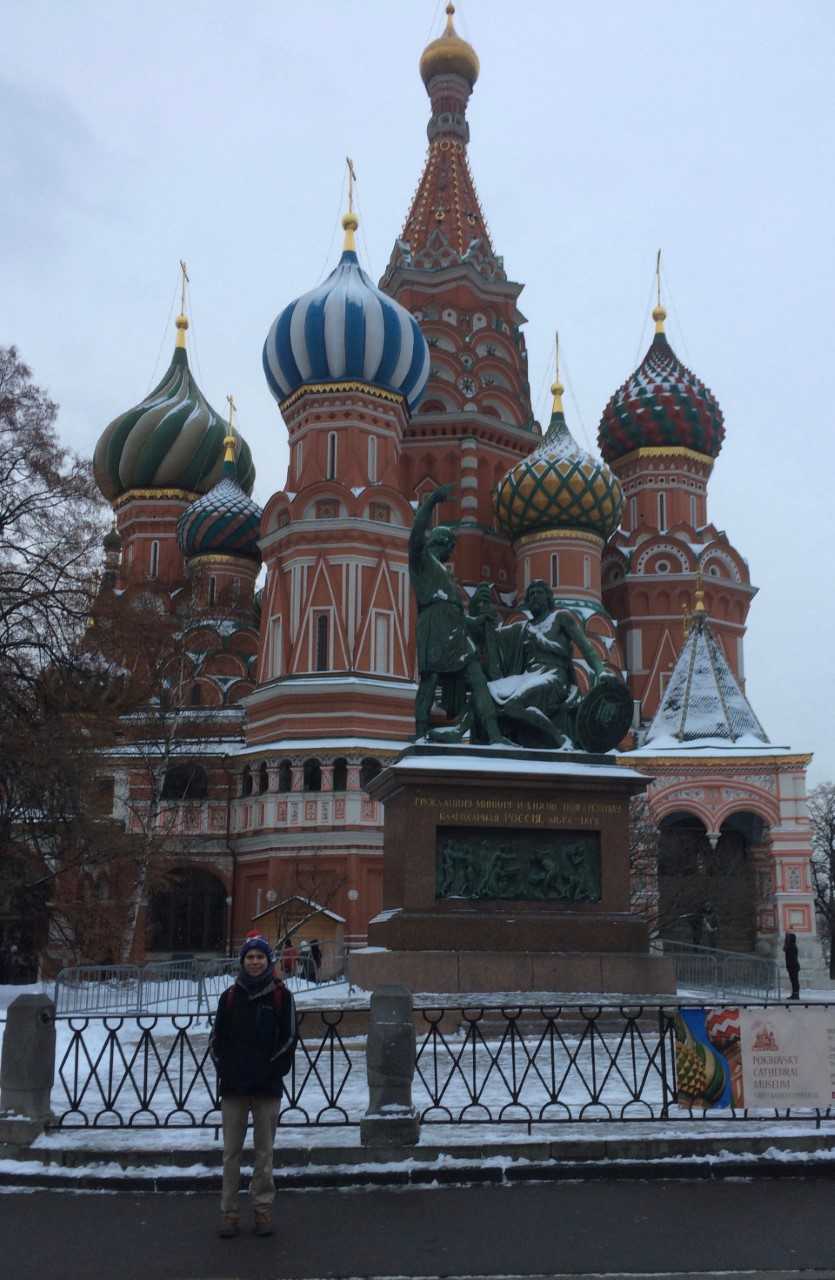 Curtis Martin is currently studying abroad on the Dickinson-in-Moscow program for the academic year. He is a Russian major who is also pursuing a certificate in Security Studies.

What courses are you taking this semester?

I am currently taking courses in grammar, conversation practice, phonetics, and a TRKI (Russian as a Foreign Language) exam prep course with other international students. I am also taking two classes offered by the Russian State University for the Humanities with Russian students: Russian Foreign Policy and a sociology class. Russian Foreign Policy is by far my favorite this semester because it allows me to see the Russian perspective on global issues.

What has been the most rewarding thing about studying abroad?

I think that the host family has been the most rewarding thing about the Dickinson program. A lot of international students here live in the dorms on campus, which is also an interesting experience, however my host family exposes me to Russian outside of the classroom. This allows me to pick up expressions, phrases, and slang that would not normally be taught in a classroom environment. Also, I have formed a great relationship with my host family and their extended family, which has made me feel very welcome while I am studying here in Moscow.

What has been the most unexpected thing?

I was not sure how I was going to adjust to Moscow because I have never lived in a big city. I am from the suburbs of Northern Virginia, and while I am familiar with Washington D.C, I was unsure about how I felt about living in a big city. I can say now that I really love Moscow, and public transportation (especially the metro) makes it very easy to get around. I feel comfortable getting around and exploring the city on my own.

How were you both prepared and unprepared for the experience?

I was prepared for this experience because I studied abroad in Nizhny Novgorod, Russia for the Summer of 2014. There I also lived with a host family, so I had a decent idea of what to expect. I feel that I was more unsure/unprepared for the second semester of the program since I am the only Dickinson student here for the full year. I really did not know what to expect at the beginning of the semester and was worried I was going to have problems being here without a group. Now that the spring semester is more than halfway over, I can say that I feel I have enjoyed this semester even more than the first one.

What have you learned about yourself and your own culture as a result of your experiences?

I have learned that I am capable of living in and navigating Russia on my own without having to use English. As for the cultural aspect, I have learned that Russian and American people are much similar than people think. Sure, there are differences in our cultures, history, and language, but I think that the Russian and American mindsets are very similar.

What would you say to students who are considering the full year in Moscow?

Do it. If you really want to see your Russian improve and you are serious about using the language then you should do the year. It will be one of the best and most unique experiences you can have.