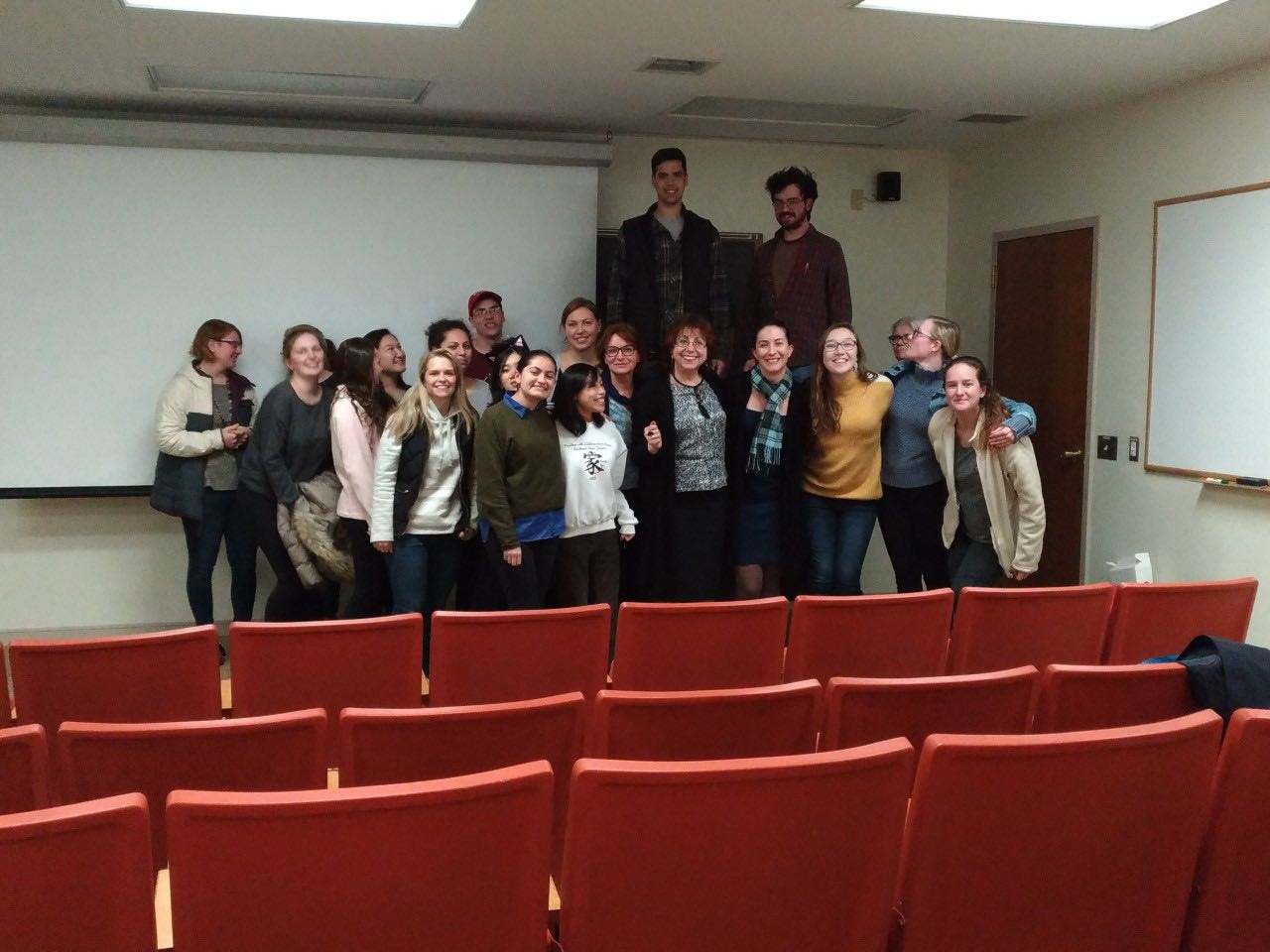 In October 2018, the Russian Department at Dickinson welcomed filmmaker Galina Evtushenko (Moscow, Russia) to campus. Evtushenko is a professor at the Russian State University for the Humanities and the director of over 30 films, mostly documentary works on Russian culture, literature, and history. Her work has been nominated for prestigious prizes and in 2011 she was awarded the Golden Eagle for best documentary film. At Dickinson, Evtushenko screened one of her more recent documentaries, The Unknown 1917 (2017), which weaves a humanistic story of forgotten faces and facts from the year 1917—the year of the Bolshevik Revolution in Russia. She also visited classes while in Carlisle, speaking with students about 20th century Russian literature and culture, as well as her own filmmaking process.