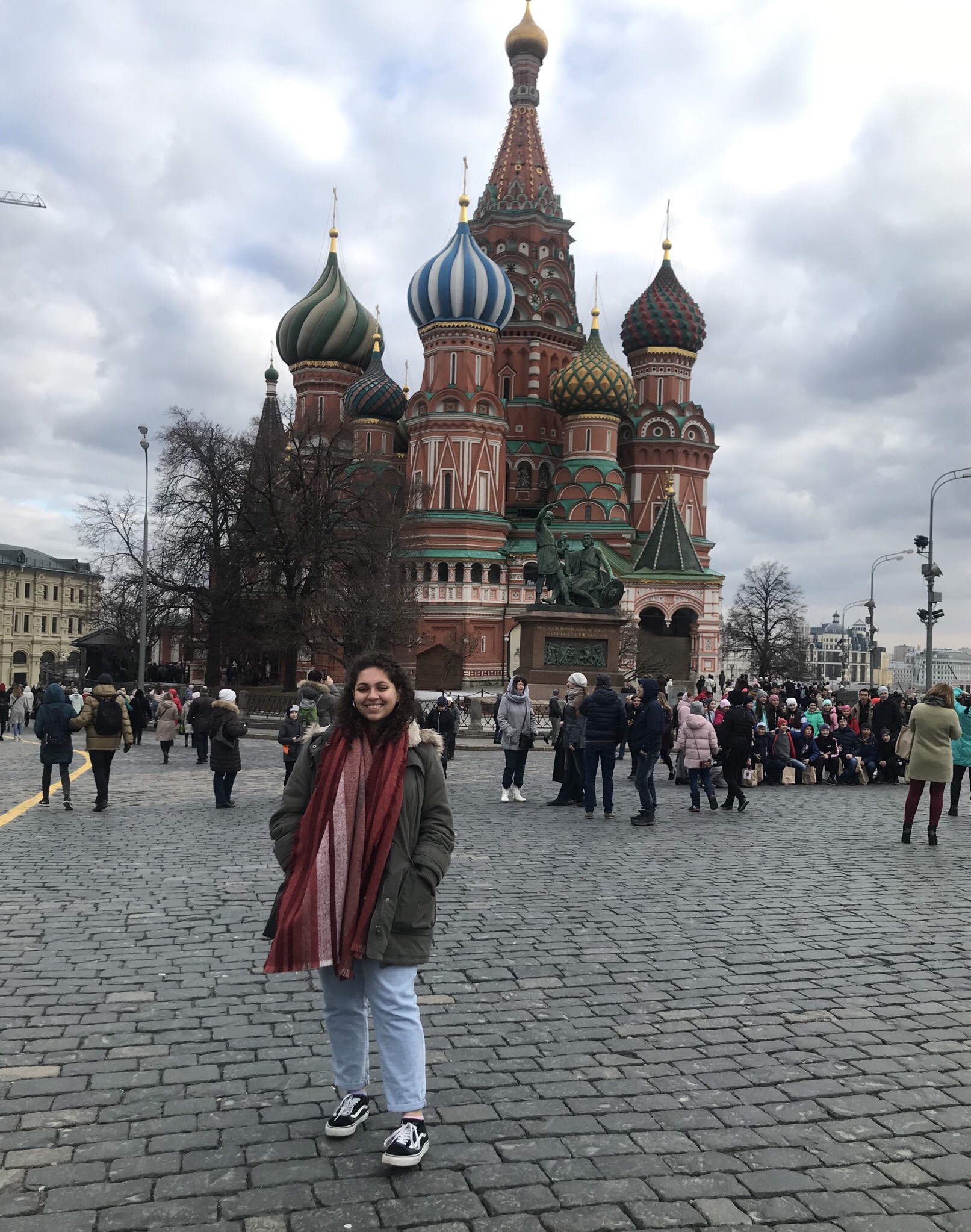 Sophia Miretskiy ’20 is a junior Archeology and Classics double major who is currently spending the spring 2019 semester in Moscow. She told us a bit about her experiences studying on the Dickinson-in-Moscow program. This is Sophia’s second time studying in Russia: she spent a summer with the Dickinson program in Moscow and St. Petersburg.

I think what really surprised me was how many English words have been incorporated into the Russian language. It feels like there’s an anglicism for everything! The language really has seemed to evolve from what I grew up speaking at home.

My host mom, Irina Nikolaevna, loves to travel! She’s been almost everywhere in Europe, Vietnam, China, Australia, New Zealand, and has even gone to visit former students in the United States. She always has interesting stories to tell about everywhere she’s been.

How would you describe Moscow to somebody who has never been there?

Moscow is very unique and the architecture is especially interesting: there are Stalin-era buildings next to 16th century churches, next to European style buildings built during the 19th century. But my favorite part of Moscow would have to be the metro. A lot of the stations built in the 50s are beautiful and very elaborate, and even the ones that are simpler or newer are always clean and easy to navigate.

What is your favorite class and why?

My favorite class is ЯСМИ, taught by Irina Filippova, the Dickinson-in-Moscow program director. The class focusses on Russian mass media, how it’s structured, and how people interact with it, as well as current events. It’s really interesting to learn about politics in a different country, and how Russian media views America, especially in the current political climate. The class also gives me the opportunity to expand my vocabulary beyond basic, conversational speech.

What are you looking forward to later on in the semester?

I’m really looking forward to traveling more around Russia and Eastern Europe. After our trip to Kazan, I learned that each Russian city is unique, and has its own contribution to Russian culture and history. It’s also really interesting to see the history that we discuss in class, in person. What I’m most looking forward to though, is warmer, dryer weather!