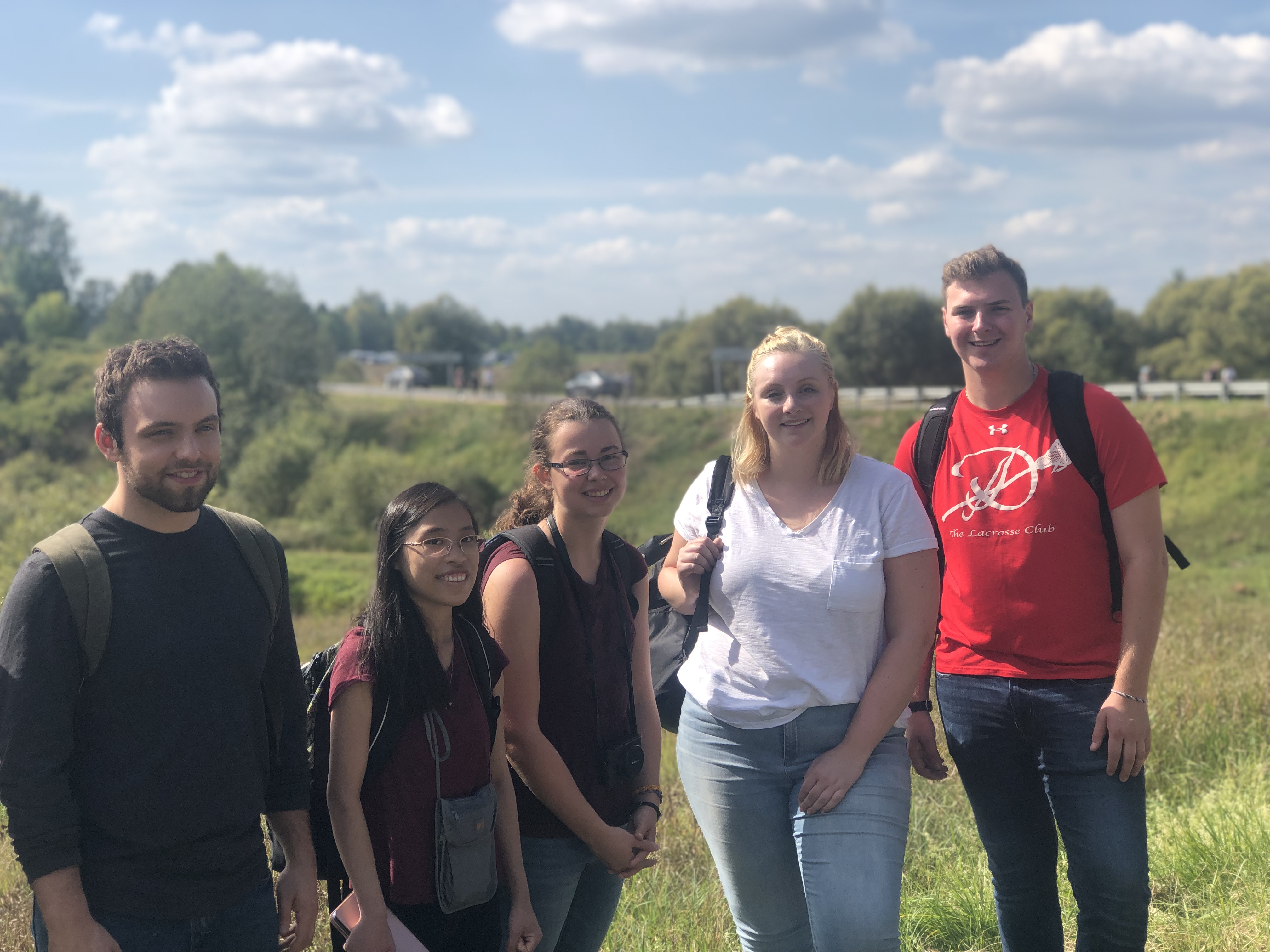 On August 4, 2019, students on the Dickinson-in-Moscow program traveled outside the city to see the Borodino battle reenactment. The battle was fought on 7 September 1812 during the French invasion of Russia and was the deadliest battle of the Napoleonic Wars. Austin McCoy (History and Russian) describes the experience:

Yesterday we traveled two hours by train to the site of the battle of Borodino, the critical battle in the Russian theater of the Napoleonic Wars. The commemoration is popular, as people turned out in the thousands to participate. A small festival took place at the same time, with vendors selling traditional Russian food and souvenirs. We ate some great food, like shashlyk, plov, and kvass. After eating, we marched with Napoleon’s troops to the battle site, where the reenactment started. The smoke from the canon and musket fire, along with the cavalry charges made the scene look authentically chaotic. After the battle, we enjoyed a quiet walk through a small Russian village on the way to the train stop.

We were impressed by the number of Russians who wanted to learn about history. Many people brought their children, taking the initiative to introduce them to their country’s history. The battle site was similar to Gettysburg in that several monuments commemorated specific battalions who fought at Borodino. The vastness of Russia could be seen through the landscape changes, as we walked through a small Russian village, past a pond with a church above it, to the wide-open field on which the battle was fought.