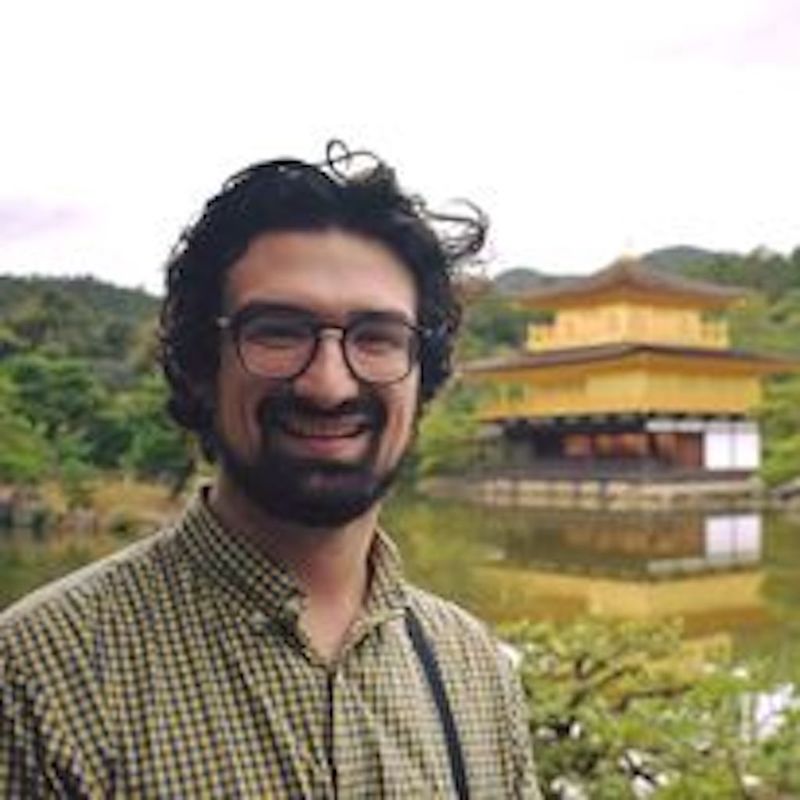 Austen Dowell graduated in 2017—with a double major in Russian and International Studies. He is currently studying at Columbia’s Harriman Institute.

What are you working on right now?

I am in the first year of the MARS-REERS graduate program at Columbia’s Harriman Institute. My primary academic focus is Central Asia, but I have also been working both semesters as an intern at the ECA division of Human Rights Watch and as a research assistant with a private global security assistance company.

What led you to pursue this path and how has your knowledge of Russian helped you along the way?

I am somewhat of an oddity in that I came to and then left undergrad knowing the whole time that I wanted to work with Eurasia, so I am not one of those cool people who was able to combine a Russian major with say their Physics focus or what have you. That being said, I am part of a much larger trend of Russian-focused students who live in Russia and then pivot hard into another region. My time living in Kazan immersed me in Tatar culture, and that love story eventually led me in the Turkic direction that eventually sent me to Central Asia and to a certain extent the Caucasus. The best part of a Russian major is that it exposes you to so many other historical legacies and linkages that criss-cross Eurasia, and you can then follow your heart and the funding in specific or interdisciplinary directions.

What has made your path after graduation distinctive?

Post-graduation was a very humbling time for me, as I found that my successes didn’t necessarily translate to opportunities related to my major that I was looking for in government or big-name NGOs. Facing an unfavorable job market, I made the somewhat risky decision to turn down MA offers in order to spend two years in the Peace Corps. Peace Corps is often viewed as something that a) doesn’t have a lot of application for Russia/Eurasian studies and b) not the quickest path “forward” career-wise. However, I applied specifically to Ukraine, where my regional and language expertise made me good at my job and kept me learning and growing professionally. With that work experience in my pocket, I reapplied for graduate programs and was still able to get offers that were fully-funded and included a stipend, which is personally the only way I would recommend pursuing an MA. Both university and Peace Corps have then opened up professional opportunities that I wouldn’t necessarily have had a competitive advantage in applying for. I can’t stress enough that even if you don’t get that dream job immediately, there are so many ways to move forward professionally that also happen to be extremely fulfilling personally.

What has it been like navigating graduate school during the pandemic?

I was extremely lucky in that I had already applied for graduate programs, and so the global Peace Corps evacuation wasn’t as difficult to manage as it was for many of my colleagues. Attending my program virtually obviously has some downsides, but the remote format has actually meant that I am able to juggle the 40-hour work week alongside full-time classes in a way that I definitely couldn’t in normal circumstances. I have found that a wide variety of positions and opportunities have transitioned to a virtual format, and that has somewhat simplified the often elaborate ritual of networking to find hiring opportunities.

While you were at Dickinson, what did you study?

I was a double Russian and International Studies major. The regional concentration for IS wasn’t too strict so I ended up calling it a post-Soviet space specialization, which somewhat inevitably led to my friends making rocket-ship and astronaut jokes whenever I brought up what I was studying.

What made you decide to pursue Russian at Dickinson?

I had previously been awarded scholarships that took me to Russia for a summer and then academic year during and after high school, and the strength of the Russian program at Dickinson was what brought me there. I knew the department was excellent, but I was also excited to take advantage of Dickinson’s emphasis on study abroad.

What was your most memorable experience from studying abroad?

Dickinson gave me the flexibility to study abroad for three semesters, with two semesters in Moscow and the third in Bishkek as a Boren Scholar. Each of those semesters was unique in terms of what I was doing and the different, amazing cohorts I was with, but the experiences really built and expanded on one another in a way that I wouldn’t have wanted to do any other way. An honorable mention goes to stumbling into a Chekhov organization in Moscow and ending up presenting research at conferences in Yalta and Sakhalin.

And finally, what advice do you have for students who are currently majoring in Russian?

Getting a funding opportunity or a paper published can snowball into something meaningful, so try to find ways to look for additional opportunities while still keeping healthy and happy. One of my professors told me that language skills will initially be the single largest skill you can show when applying for that first job. Study abroad is really what you make of it, but it can certainly help you make that jump to professional fluency while also gaining experience in whatever wonderfully random opportunities you encounter.

To that end, consider applying for (once they open up) programs like Critical Language Scholarship, Boren Scholarship, Fulbright etc, but there are also virtual opportunities like the Virtual Student Federal Service that can also benefit your resume while still in school. That being said, language competency or research experience does not guarantee that you will find that perfect position immediately after graduation, so it’s important to stay positive and creative.