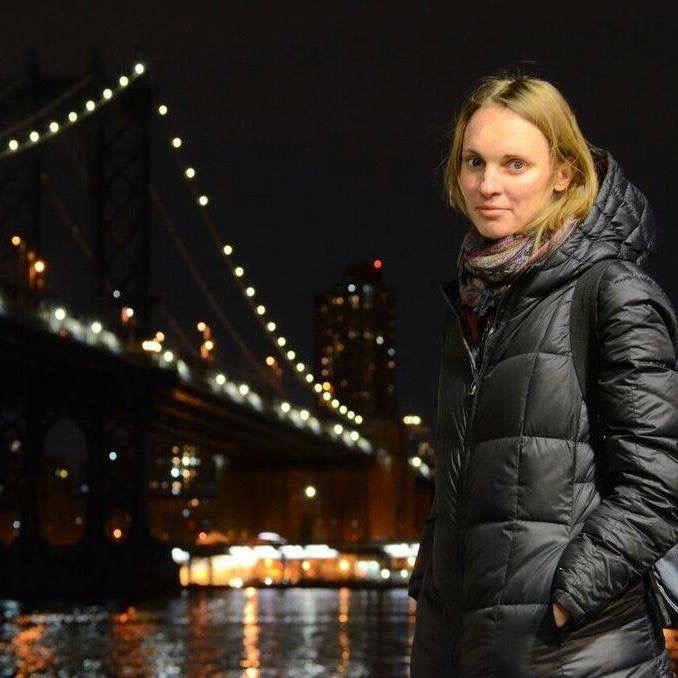 Eugeniya Dudina is returning as a Visiting International Scholar in the Russian Department starting in Spring 2022. She previously taught at Dickinson from 2015 to 2017 and has lived in Moscow, St. Petersburg, the Russian Far East, and elsewhere in the US. This semester, Professor Dudina will be teaching students at different language levels in Russian 102, 202, and 232.

1. COVID aside, what are the biggest differences you have noticed since you were last at Dickinson? What about similarities?

Dickinson itself feels like the same place, but of course it’s different because of my personal experience and my life in general. The first time I was at Dickinson was my first time in the US, which was culturally shocking because I’d never experienced American life before. All of my experience was built on movies, books, and maybe articles in newspapers and journals. I now understand the reality, space, and time better.

It’s difficult to see the similarities right now because it’s only the first week, but the atmosphere, the spirit, and the physical space itself seem the same as they were. People like staff and faculty are also as friendly as they were, and that’s wonderful.

2. You have lived in many different places: Moscow, St. Petersburg, the Russian Far East, and now the US. Where have you enjoyed living the most and why?

I deeply love Moscow, and I enjoyed my life there because I enjoy Russian culture, although it’s a very difficult time to live in Russia right now. I think Moscow was my favorite place because of the different concerts and exhibitions. It was different, of course, during the pandemic. Even so, I love to live with my family here, and honestly it doesn’t matter where I’m living in the US if I’m not living in Russia.

3. What is your favorite thing about Carlisle?

I think it’s a very charming town. I really enjoy the history and the architecture here. In comparison to the Midwest, where I spent the last two months, the space and atmosphere here are more lively. I trust it here more than I did in the Midwest.

4. What are your favorite Russian film and novel?

At the moment, one of my favorite Russian films is called “How Viktor ‘the Garlic’ Took Alexey ‘The Stud’ to the Nursing Home”. It could be a little overwhelming for the non-Russian-speaking world. It’s dark humor, but it’s also a very kind movie, and it’s very funny.

Right now, I’m reading M. Carson’s the Autobiography of Red. I’m reading it in English, but it was finally translated into Russian by an independent publishing house in Moscow.

5. What is your favorite Russian dish?

First of all, I love Russian food. It’s a big part of my life, and I try to cook Russian food at home here in the US and find buckwheat and fish in Russian stores. Growing up in the Russian Far East shaped what I eat today. It sounds like a stereotype, but I love to eat borscht and cook it for my family and friends in the US. It’s very important to mention that borscht is a traditionally Ukrainian dish. I also like latkes or draniki, which is Belarussian.

6. What are you most excited for in the semester ahead?

I’m really excited to be back and to work again with so many students with different backgrounds. I’m excited to teach literature for the third-year Russian students and read Russian short stories with them. It’s a great feeling, and there are a lot of things to explore about being back in this Dickinson community, which was the first community I was a part of five years ago during my first year here. I taught here from 2015 to 2017, which was my first time in the US, and Dickinson was where I started my American life.

7. What advice would you give to students interested in taking Russian?

First, I would advise them not to be afraid of taking Russian, improvising, making mistakes, and playing with the language. Despite all the political and economic obstacles between Russia and the US, and despite the difficult situation in Russia today, the Russian language is bigger than its government and its political decisions. The Russian language says so many interesting things about not only Russian culture, but also Russian-speaking culture, which is bigger and more interesting. Russian is great literature and culture, and it’s a new way to think of the world and your own language if you learn it.

Welcome back to Dickinson, Eugeniya!