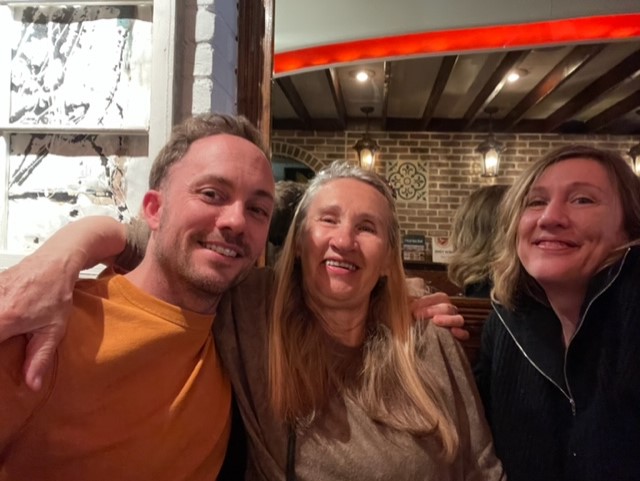 The Dickinson in Moscow Program has fostered many lifelong connections throughout its decades of operation. While the program has been temporarily paused due to the Russian war against Ukraine, we will keep it alive by sharing alumni memories from their time in Moscow.

Affiliated with HSE University in Moscow, the Dickinson program offers many educational opportunities and a variety of courses for students of different majors. One of the best learning opportunities this program provides, however, is the host family. Students in this program live with a specially selected host family, giving them the chance to practice casual Russian conversations and fully immerse themselves in culture. It also facilitates life-long friendships between students and their host families, and many students keep in contact with their families long after their study abroad ends.

Lucas Stratton, a 2004 Dickinson alumnus, is a perfect example of the durability of these connections. Stratton participated in the year-long Dickinson in Moscow program in 2001, where he met his host family and self-proclaimed “Russian mother” Olga. Stratton is now an instructor of French, Russian, and Social-Emotional learning at the Friends School of Baltimore, with a masters in Slavic Studies from UC Berkley. He has provided us with a short testimonial on the importance of his study abroad experience:

“I remember my first day in Moscow, when I met my host mother Olga, so vividly. It was mid-August of 2001 when our Dickinson group arrived to Sheremetevo Airport, and the air outside was sweltering and thick. Leaving the airport, we careened down the highway together in a marshrutka van, the radio blaring something that sounded like 80’s Soviet rock. I got to Olga’s apartment and I remember her showing me my room before we walked to Red Square together. I stayed with Olga until the following May, enjoying tea and honey-flavored pryaniki together nearly every evening, watching artsy French films on the weekend once the winter set in, and organizing joint outings to the theatre whenever we could. When I studied abroad in Toulouse in the Fall of 2002, Olga managed to visit my parents in Richmond, Virginia, during a trip to see her daughter Masha, who was already living in New York at the time. Olga and I (and Masha) have stayed in touch since 2001. Now Olga lives in New York as well and I was able to see her and Masha in April to toast 21 years with my Russian mom and sister (мама и сестрёнка!). I am so grateful to have kept this Dickinson-in-Moscow connection alive.”

Stratton is just one of many Dickinson alumni with stories like this one. Though the program is not currently running, its impact on those who have participated is undeniable. Dickinson study abroad is a critical part of many students’ time here, and the Dickinson-in-Moscow program, with its homestays and cultural immersion, has created bonds that can withstand the test of time!