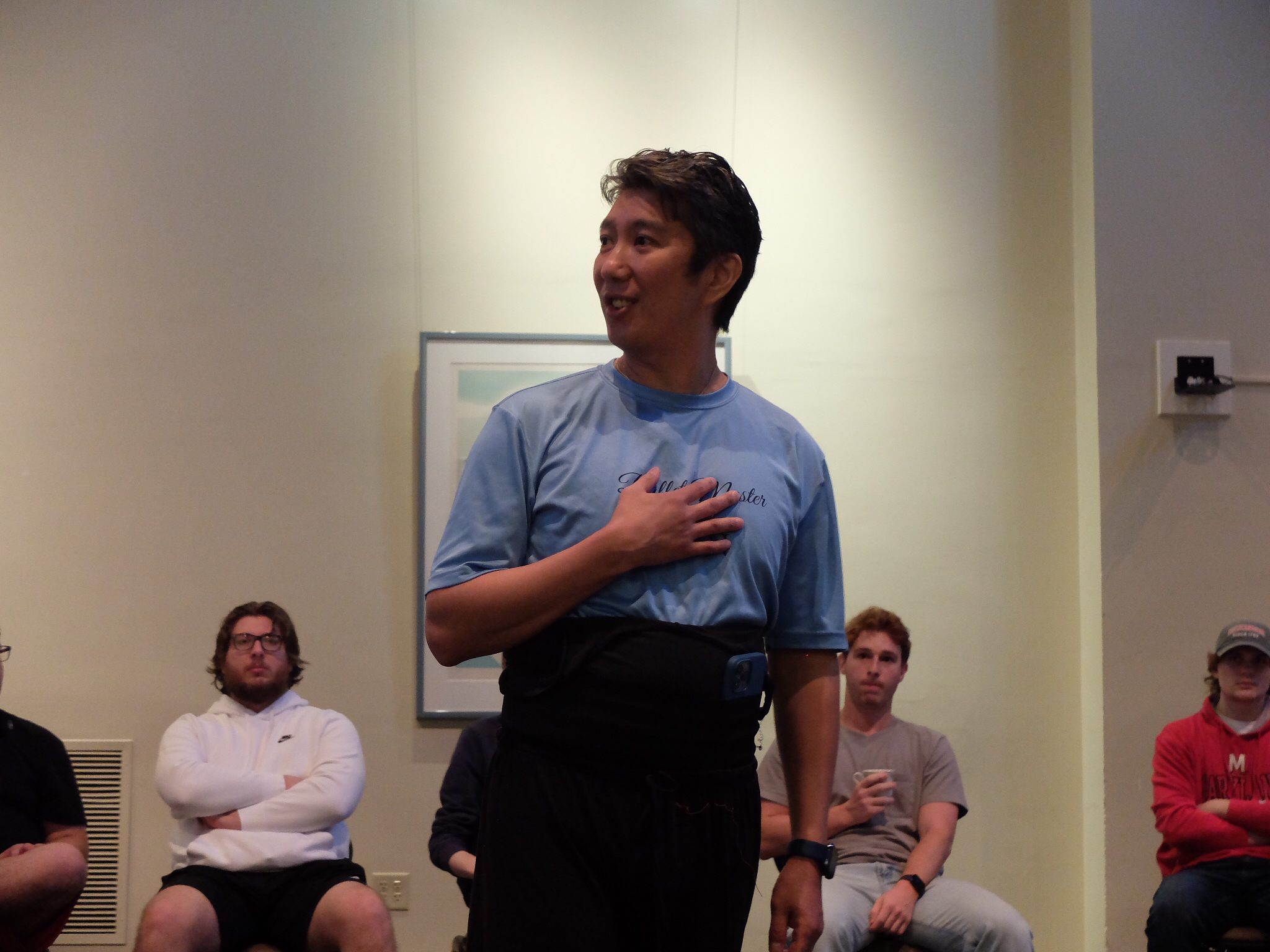 On Wednesday September 28th, Dickinson welcomed Sayan Ulturgashev to our campus to lead a special seminar on Indigenous Siberian dancing and ballet. Sayan has spent his whole life in the world of dance—moving from roles as a dancer, to a coach, to a choreographer. He received his classical ballet training in Novosibirsk, later becoming a soloist and then a principal dancer at the Yakutsk State Theatre of Opera and Ballet. Sayan is currently a choreographer, drawing his inspiration from Indigenous Siberian poetry, songs, art, and music. What makes his choreography unique is the way he combines the distinct traditional dance of Arctic Indigenous groups with techniques of classical ballet.

During his seminar, Sayan first discussed the diversity of indigenous groups in Siberia, and the wide range of dance traditions they follow. These groups have varied amounts of state support, which impacted Sayan’s early dance career. At a young age, he left home to train in classical ballet in Novosibirsk, the largest city in Siberia. There, he found a very strong Russian classical ballet tradition, and was often pushed to the side along with other indigenous peoples in the school. His desire to integrate Siberian indigenous dance was discouraged, and he was given few opportunities within the school. When Sayan went to Yakutsk, he found a wider range of opportunities and acceptance for his indigenous-influenced ballet style, and eventually worked his way up to principal dancer.

Pulling from his background as choreographer, Sayan spent the rest of the seminar teaching participants about the connection between rhythm and language. He directed everyone to clap along as they spoke simple phrases in Russian about the number of indigenous groups living in Russia and the principal cities in Siberia. Once everyone could speak and clap simultaneously on beat, he led the group in an exercise that involved marching around the periphery of the room, timing the same Russian speech to one’s steps in order to maintain a rhythm. By the end, the group became far more aware of the connection between cadence of speech and rhythm of the body. This was a critical lesson for Sayan to impart to us, as rhythm and body movement formed the foundation for the indigenous ballet he teaches.

The Dickinson Russian department is incredibly grateful for this opportunity to hear and learn from a prominent voice in the Russian indigenous dance community, and we wish Sayan all the best in his future pieces!