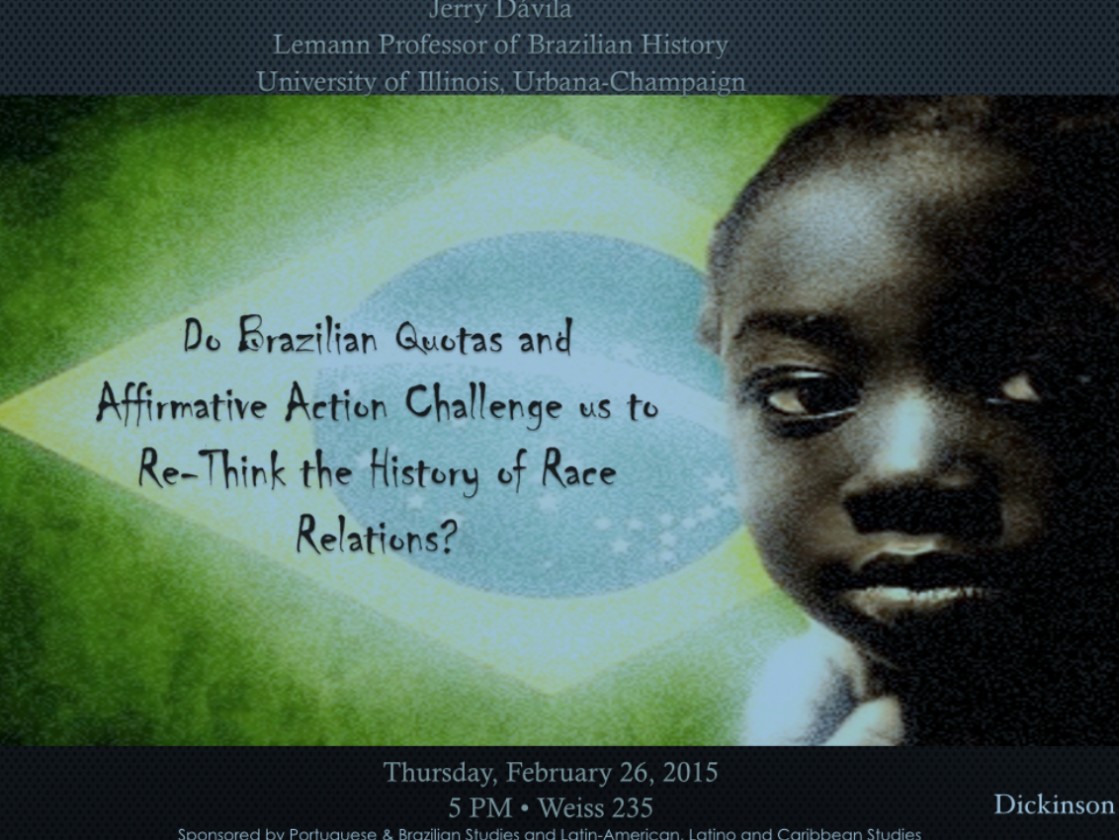 Prof. Jerry Dávila’s, University of Illinois, research focuses on the influence of racial thought in public policy, as well as the state and social movements in the twentieth century.

He has authored several books including Hotel Trópico: Brazil and the Challenge of African Decolonization (Duke, 2010), winner of the Latin Studies Association Brazil Section Book Prize; and of Diploma of Whiteness: Race and Social Policy in Brazil, 1917-1945 (Duke, 2003).

In 2000, Dávila taught as a Fulbright Lecturer at the University of São paulo, and in 2005, he held the Fulbright Distinguished chair at the Catholic University in Rio de Janeiro. He has also received the national endowment for the Humanities Fellowship and the Fulbright-Hays Research Fellowship.

He has also written for publications including the New York Times and the Cairo Review about the experiences of military rule and redemocratization in Brazil, Argentina and Chile, the subject of his most recent book, Dictatorship in South America (Wiley, 2013).