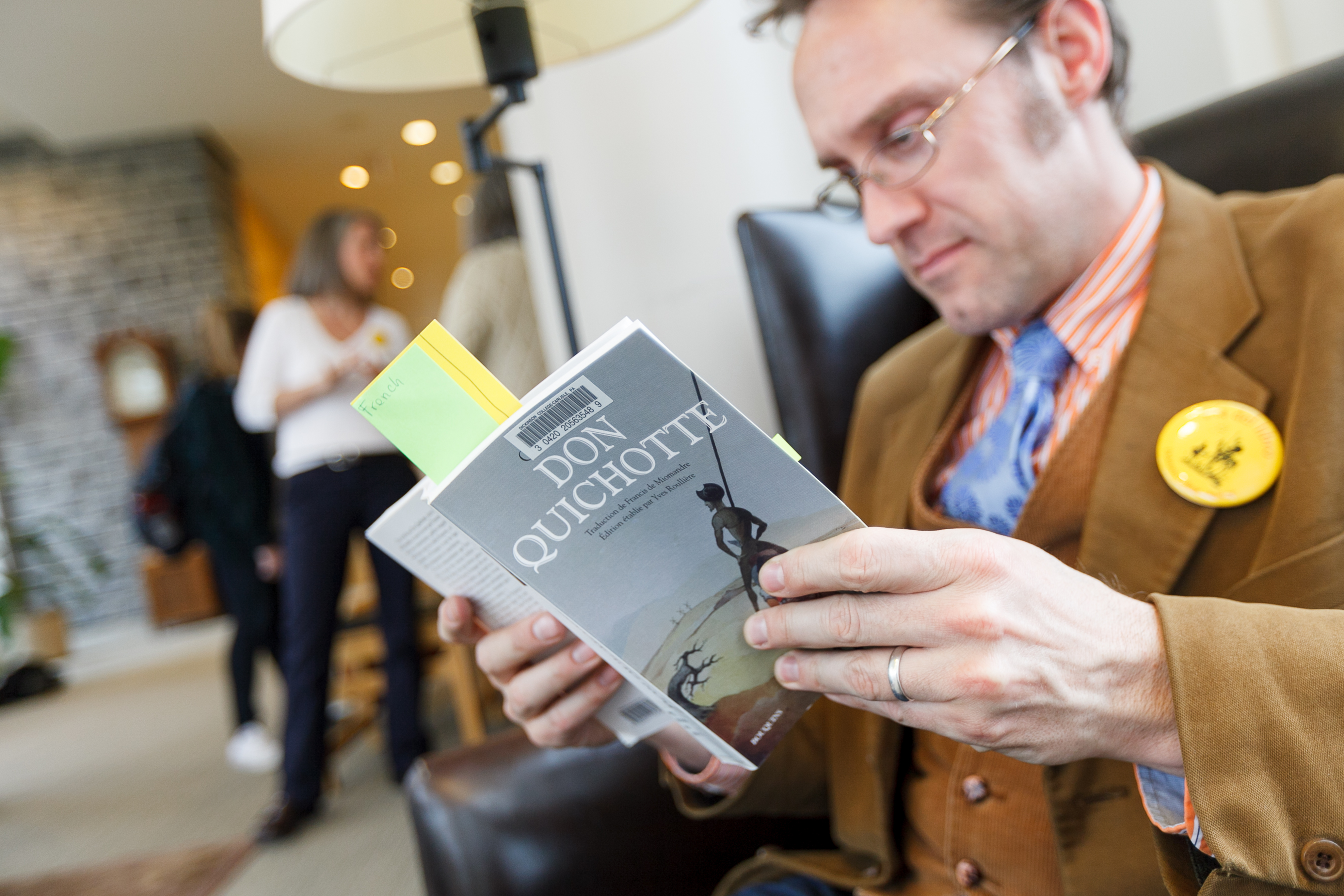 One of the greatest books ever written, and often cited as the first modern novel, Miguel de Cervantes’ Don Quixote has been as influential across generations as it is entertaining.

“This book is a very good reminder of why we read, why we watch movies, why we need fiction and imagination,” says Antonio Rivas, visiting assistant professor of Spanish & Portuguese. “It shows the power of literature, imagination—but also language.”

The second volume of the work was published 400 years ago, soon before the author’s April 23, 1616, death, and Dickinson’s annual Día del Libro will celebrate its anniversary this week. So drop in on any or all of the anniversary events and spend some time with the literary world’s favorite knight errant.

In 1995, UNESCO designated April 23 as World Book Day to honor books and authors and to encourage everyone to read.  This date is significant to many important authors and is also the date that Miguel de Cervantes died.  In many Spanish-speaking countries, readers participate in a two-day “readathon,” an event that features a continuous reading of Cervantes’s masterpiece Don Quixote.

In honor of World Book Day and Miguel Cervantes’s birthday, the Spanish and Portuguese department hosts a continuous read-a-thon of Don Quixote in various languages.

Unique Don Quixote Editions on Exhibit in the Library