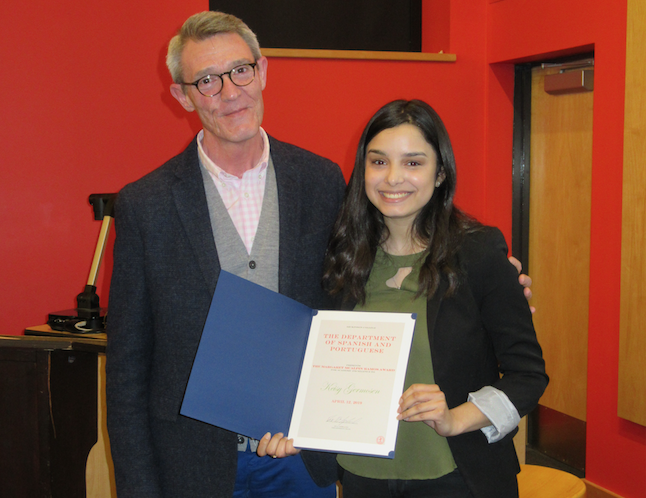 On April 12, 2019, The Margaret McAlpin Ramos Award in Spanish was awarded to Keisy Germosen following the Spanish and Portuguese Colloquium. The Award was established through a gift from the estate of Margaret M. Ramos, who was a professor of Modern Languages at Dickinson from 1950 to 1966.  It is awarded to a junior or senior student who demonstrates excellence in Spanish.