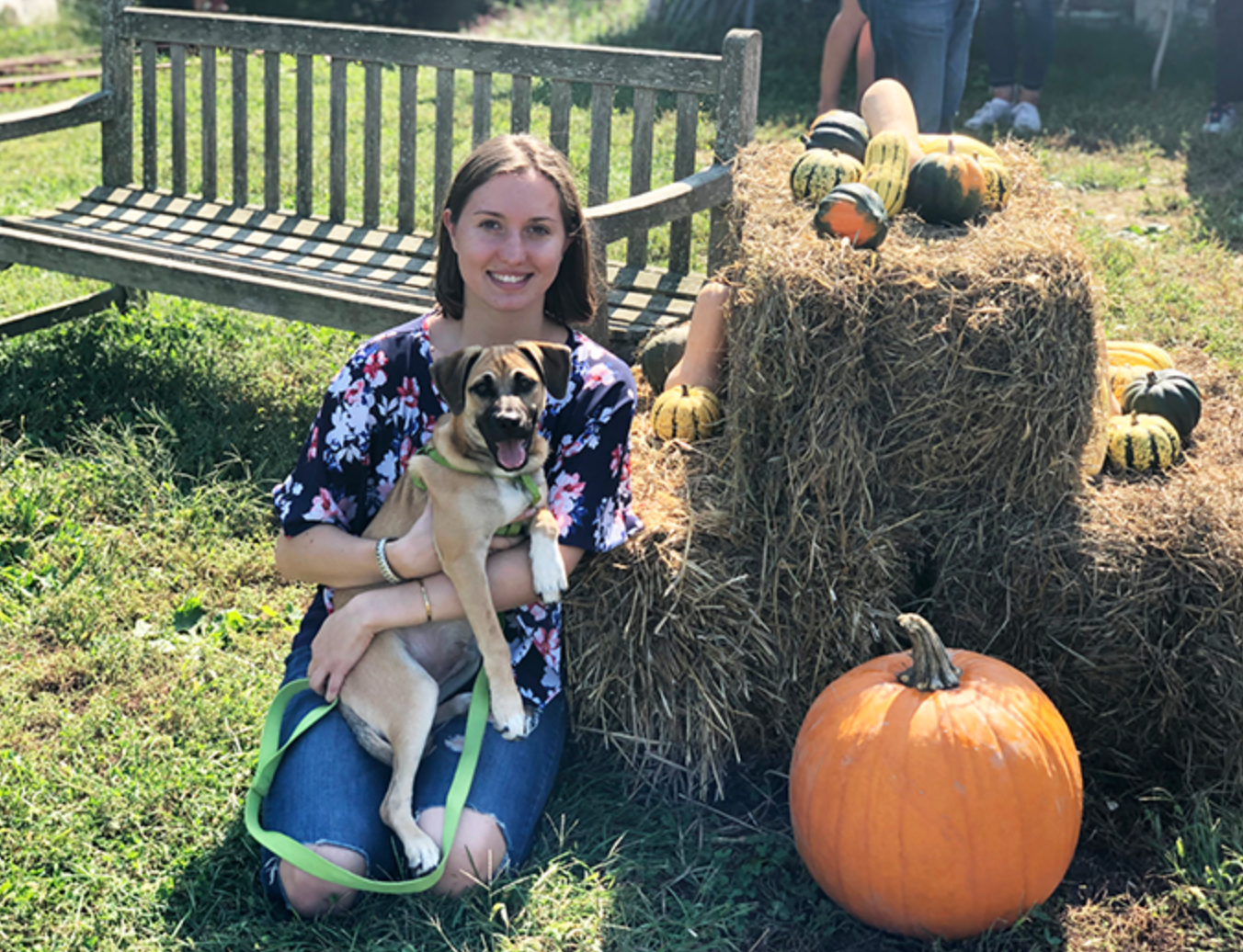 Justina Warnick ’20 (neuroscience, Spanish) has researched neurodegenerative disease and the relationship between exercise and addiction. She recently earned a full-tuition scholarship to medical school.

Since arriving at Dickinson, Justina Warnick ’20 (neuroscience, Spanish) has researched neurodegenerative disease and the relationship between exercise and addiction, and she has earned the International Horse Show Association All-Academic Award as well as the chemistry department’s Freshman Chemistry Award. She’ll attend medical school next year as a recipient of the Geisinger Commonwealth School of Medicine Primary Care Scholarship.

Below, she discusses the mentors and friends who’ve made all the difference, the class that sparked her interest in primary care and her experiences translating for Spanish-speaking migrant workers and their English-speaking health care providers, her work as a Neurodegenerative Undergraduate Research Fellow and her student-faculty research on the relationship between exercise and addiction.

Best thing about my Dickinson experience:

Meeting all of the wonderful people whom I now call my best friends. Dickinson randomly matched me with a girl from the Netherlands to be my roommate during our first year. Stephanie has now become one of my best friends, who I know will be around forever! In addition to meeting all of my friends, Dickinson has provided me with the best mentors, including Career Center Associate Director Debi Swarner, Professor of Psychology Anthony Rauhut, Visiting Assistant Professor of Neuroscience Meredith Rauhut and Associate Professor of Spanish Erin Diaz.

Falafel from the Kove.

Meredith Rauhut. She is one of the smartest people I have ever met, and she’s confident in a way that encourages each of her students to become the best person they can be. I am so thankful to have taken Professor Rauhut’s Neuroscience 200 and 400 classes, where I learned an unimaginable amount about everything from action potentials to how stress causes heart disease! She has been an incredible mentor and support system throughout my four years at Dickinson.

Lecturer in Spanish Asuncion Arnedo-Aldrich’s Span 239: Spanish for the Health Professions. This is the class that sparked my interest in primary care, a field that I was never considering previously. For the service-learning component of this class, I volunteered as an English/Spanish interpreter at the Keystone State Migrant Health Program Clinic in Gettysburg, Pennsylvania. I fell in love with the close connections that the physicians had with their patients and discovered my passion for health education, specifically for underserved groups. This class not only taught me specialized medical terminology in Spanish that I plan to use throughout my career but also allowed me to give back to the community and help bridge the gap between the U.S. medical system and migrant workers.

I completed an internship as a Neurodegenerative Undergraduate Research Fellow at Duquesne University during the summer 2018. I worked in Dr. Allyson O’Donnell’s lab, where I researched the role of alpha-Arrestins (a-Arrestins) in the trafficking of the mammalian renal outer medullary potassium channel (ROMK) in a yeast model. I also assisted with a project that developed a fluorescence imaging technique for proteins that are scarce at the cell surface.

Since spring 2017, I have been working in Professor Anthony Rauhut’s lab, where I research the relationship between exercise and addiction. We use the drug methamphetamine and a paradigm called conditioned hyperactivity to study this relationship. I initially joined this lab because I was passionate about the opioid epidemic, and I wanted to find a way to positively contribute to this tragic issue. I have learned so much throughout my time in Professor Rauhut’s lab, including how to write academic manuscripts, analyze data using statistical software, prepare and present posters and conduct animal research, among so many other skills. One of the neatest experiences related to my research was going to San Diego, California, to present a poster at the Society for Neuroscience Conference.

I will be pursuing an M.D. at Geisinger Commonwealth School of Medicine as a primary care scholar. Currently, I am interested in pediatric medicine, but I am open to explore other options.

My full-tuition scholarship to medical school.